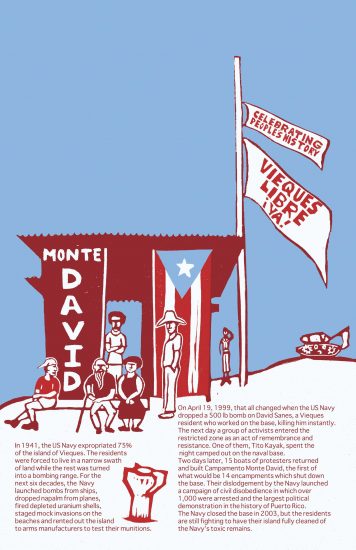 On June 14, 2001, the U.S. announced the end to its bombing exercises in Vieques, Puerto Rico.

The end of the exercises came after decades of protests from Puerto Rican activists against the contamination caused by the bombings. For example, people living in Vieques were 27% more likely to contract cancer than other people living in Puerto Rico.

To highlight this history, artist Dave Buchen produced the poster “Vieques Libre,” distributed by Justseeds. On the poster, it says:

In 1941, the U.S. Navy expropriated 75 percent of the island of Vieques. The residents were forced to live in a narrow swath of land while the rest was turned into a bombing range. For the next six decades, the Navy launched bombs from ships, dropped napalm from planes, fired depleted uranium shells, staged mock invasions on the beaches, and rented out the island to arms manufacturers to test their munitions.

On April 19, 1999, that all changed when the U.S. Navy dropped a five hundred pound bomb on David Sanes, a Vieques resident who worked on the base, killing him instantly. The next day a group of activists entered the restricted zone as an act of remembrance and resistance. One of them, Tito Kayak, spent the night camped out on the naval base.

Two days later, fifteen boats of protesters returned and built Campamento Monte David, the first of what would be fourteen encampments that shut down the base. Their dislodgement by the Navy launched a campaign of civil disobedience in which over one thousand were arrested and the largest political demonstration in the history of Puerto Rico was held. The Navy closed the base in 2003, but the residents are still fighting to have their island fully cleaned of the Navy’s toxic remains.

The poster is #75 in the Celebrate People’s History poster series.

Hear the testimony against the bombings in Vieques from resident Ismael Guadalupe Ortiz, read by Mario Murillo as part of the Voices of a People’s History People Speak series.

Find more resources below and see a collection of readings for the classroom from Teaching for Change called Caribbean Connections: Puerto Rico. 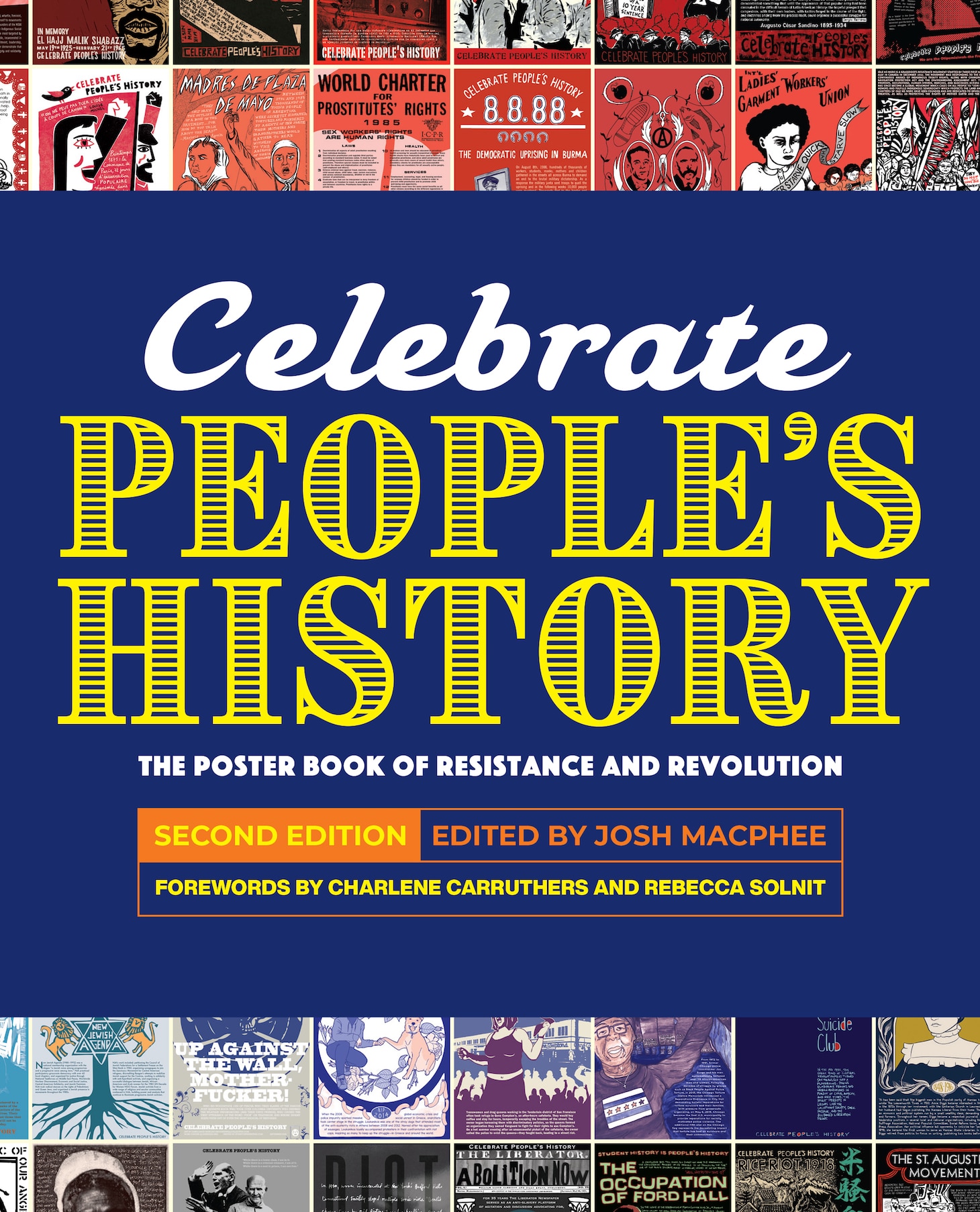 Celebrate People’s History: The Poster Book of Resistance and Revolution