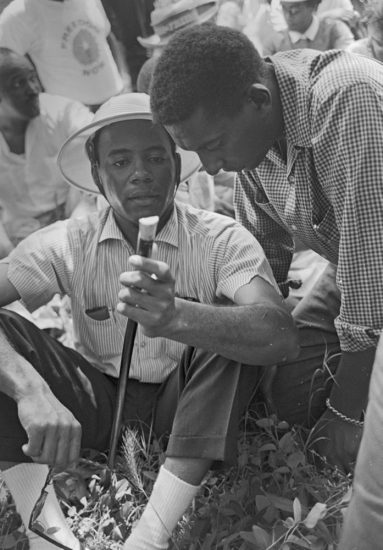 On June 6, 1966, Air Force veteran James Meredith (who had fought in 1962 for right to attend the University of Mississippi) began the March Against Fear from Memphis, Tennessee to Jackson, Mississippi to encourage African Americans to register and vote after passage of the Voting Rights Act of 1965.

Meredith was shot by a sniper shortly after he began walking.

People from SNCC, CORE, SCLC, the Delta Ministry, and more came out to carry on the march.

Meredith recovered from his wound and rejoined the march before it reached Jackson. It is estimated that 3,000 Black Mississippians were registered to vote during the march.

At the SNCCDigital.org page about the March Against Fear, it is noted:

SNCC participants sought opportunities to convey the idea that beyond getting more Black people registered to vote, a more radical approach to change was now necessary. It was within this context that SNCC’s Willie Ricks and Stokely Carmichael shouted out “Black Power” — a shortened version of “Black power for Black people.” SNCC organizers had been using the phrase in Alabama. 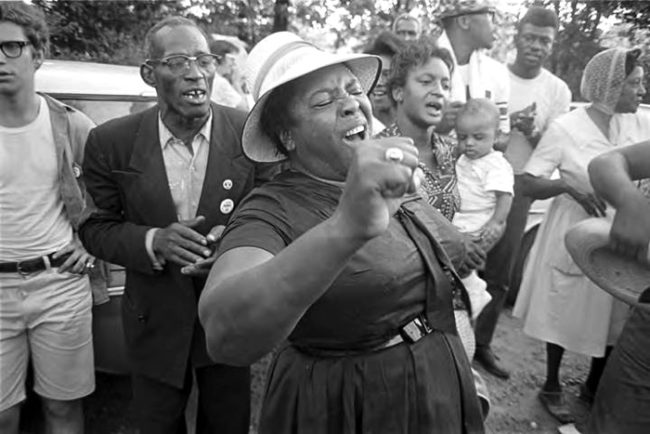 Teach about the long and ongoing struggle for voting rights with the three-lesson unit, Who Gets to Vote? Teaching About the Struggle for Voting Rights in the United States.

See photos of the March Against Fear at the Civil Rights Movement Archive, Bob Fitch collection at Stanford, and the Jim Peppler collection at the Alabama Department of History and Archives.

Learn more about the March and the ongoing struggle for voting rights and find teaching materials in The Voting Rights Act: Ten Things You Should Know, the film Eyes on the Prize, and additional resources below.

Sept. 20, 1962: James Meredith Attempts to Register at University of Mississippi

James Meredith attempted to register at the University of Mississippi.