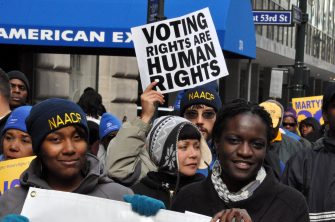 2020 is both an election year and the 150th anniversary of the passage of the 15th Amendment, making it an important time to invite our students to consider the history of voting rights in the United States. The struggle for the ballot is emblematic of the struggle to make real the democratic promises of this country’s founding narrative. Just as the United States has never been a true “government by the people, for the people,” the right to vote has always been incomplete, contested, and compromised by the racism, sexism, classism, and xenophobia of policymakers and the interests they act to protect. In a moment of renewed and insidious voter suppression, examining the history of voting rights also presents an opportunity to challenge the deeply entrenched fable of the steady forward progress of U.S. history. Voting rights have expanded in the last 400 years, but they have also been taken away, requiring activists to rise up, again and again, to restore the achievements of prior generations. The fight for the ballot is ongoing. 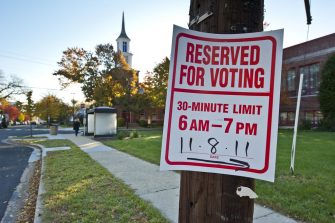 Recent elections have brought forth the old problem of voter suppression in a new guise — voter ID laws, voter roll purges, polling places shuttered. As activists combat these restrictive, antidemocratic measures, it is vital that we provide students historical context for their efforts, which is why the Zinn Education Project has put together a cluster of lessons on the history of voting rights in the United States. These lessons can be taught individually, but they are presented here as a progression.

The first lesson considers the question of who should vote. Students first share their understanding of what makes a “qualified” voter, then reconsider their thinking after a close reading of an oral history by Fannie Lou Hamer.

The second lesson asks students to predict how policymakers might have restricted the right to vote for certain groups to thwart movements and laws that expanded voting rights. 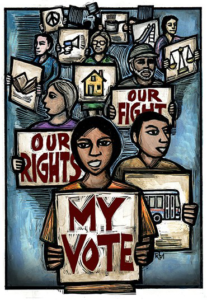 The final lesson is a mixer role play in which students learn about a variety of people with firsthand experience having their voting rights granted or denied. The roles reach back as far as the colonial era and forward to the present. This lesson closes with a timeline activity in which students create a visual map depicting the expansion and contraction of voting rights over time.

The history of voting in the United States has not been characterized by a smooth and inexorable progress toward universal political participation. It has instead been much messier, littered with periods of both expansion and retraction of the franchise with respect to many groups of potential voters.

Young people need to know this “messier” history; it is a history that calls us to action, a history that conveys that voting rights are not definitively won, but must be struggled for and defended.

Loved being able to lead a @ZinnEdProject session today for other district teachers! We did the voting rights mixer and it was a blast! So many great conversations and ideas💡for implementing 🙌🏼 @CFB_Soc_Studies @mrschapman808 pic.twitter.com/gkqvy2mxOT

Teaching Activity. By Adam Sanchez and Nqobile Mthethwa. 25 pages.
A mixer role play that explores the connections between different social movements during Reconstruction.

From voter ID laws to voter-roll purges, gerrymandering to poll closures to the deadly in-person voting conditions during a pandemic, the right to vote is under attack and the stakes are high. It is critical that students learn about the fight for voting rights, past and present. 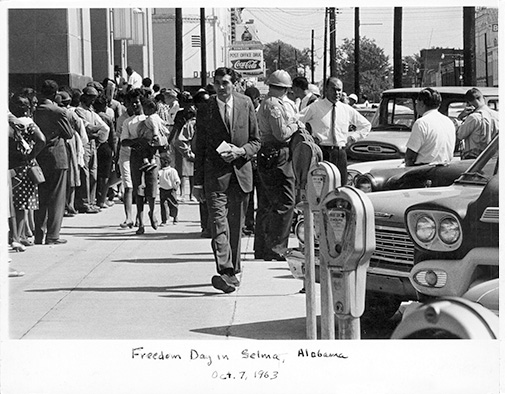 Article. By Howard Zinn. Excerpt from Chapter 5 of You Can’t Be Neutral on a Moving Train.
Howard Zinn’s first-hand account of Selma’s Freedom Day in 1963. 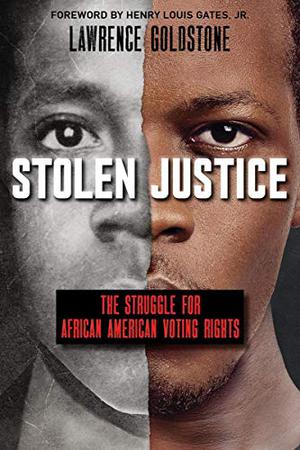 By Lawrence Goldstone. 2020. 288 pp.
This young adult book documents the long and ongoing struggle for voting rights for African Americans.

Book – Non-fiction. By Lawrence Goldstone. 2018. 288 pages. This young adult book provides students with the history of the 1873 massacre of unarmed African Americans in Colfax, Louisiana and the subsequent Supreme Court Case. 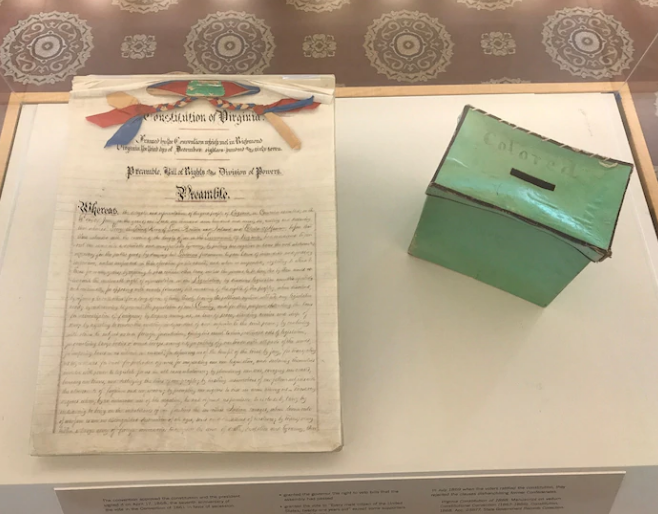 On election day in Norfolk, African Americans tested their right to vote and when denied, cast their own “freedom ballots.”