Backed by a Supreme Court ruling, James Meredith attempted to register at the University of Mississippi on Sept. 20, 1962 but was personally blocked by Governor Ross Barnett.

I was engaged in a war. I considered myself engaged in a war from day one. And my objective was to force the federal government — the Kennedy administration at that time — into a position where they would have to use the United States military force to enforce my rights as a citizen. 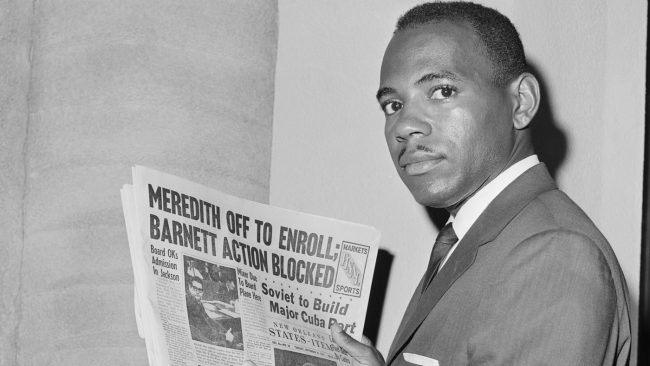 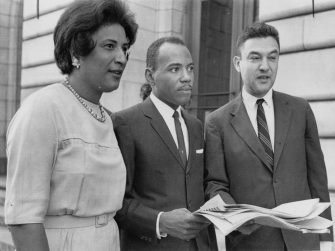 In a TV address to the state, Barnett declared,

There is no case in history where the Caucasian race has survived social integration. We will not drink from the cup of genocide. … We must either submit to the unlawful dictates of the Federal government or stand up like men and tell them never! … No school will be integrated in Mississippi while I am your Governor!

People have forgotten about it, but it was, as I say, the last battle of the Civil War, actually fought on this campus that night. 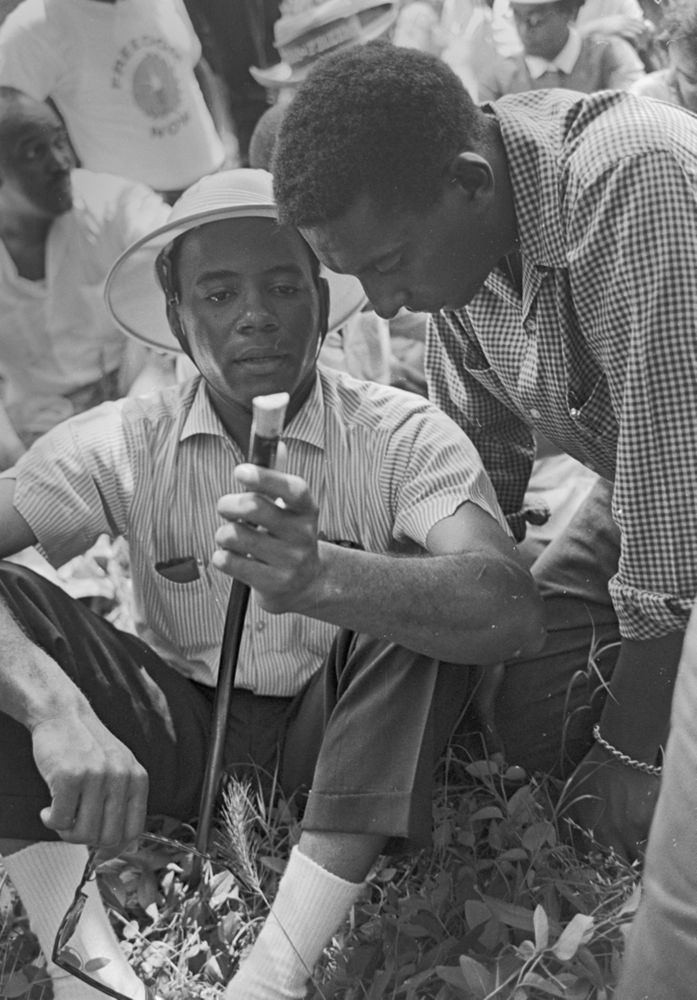 June 6, 1966: James Meredith and the March Against Fear