A collection of hundreds of portraits and biographies by Robert Shetterly, highlighting people from throughout U.S. history who have taken a stand for justice.

I began painting this series of portraits, finding great Americans who spoke the truth and combining their images with their words, nearly three years ago as a way of to channel my anger and grief. In the process my respect and love for these people and their courage helped to transform that anger into hope and pride and allowed me to draw strength from this community of truth tellers, finding in them the courage, honesty, tolerance, generosity, wisdom, and compassion that have made our country strong.

One lesson that can be learned from all of these Americans is that the greatness of our country frequently depends not on the letter of the law, but the insistence of a single person that we adhere to the spirit of the law.

In November of 2018, Syracuse University hosted an exhibit of all 238 portraits. Below is a video of the opening event with the artist and a number of the truth tellers. 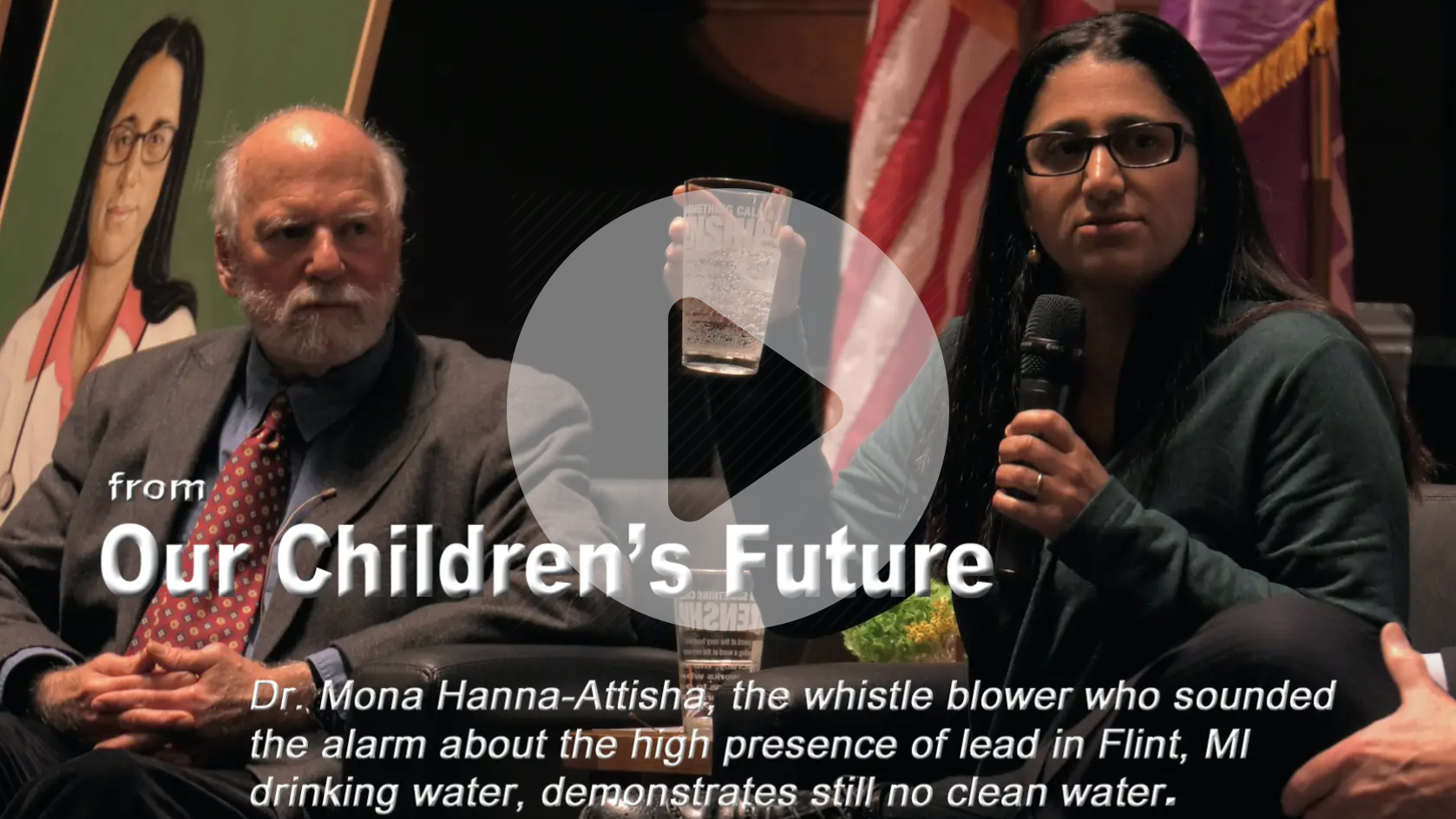 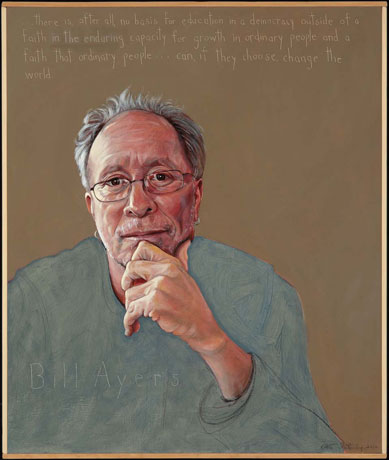 One of the speakers was educator Bill Ayers, who commented about the exhibit:

As I walked from person to person, portrait to portrait — the entire “Americans Who Tell the Truth” collection gathered for the first time at Syracuse University, the portraits stretching from room to room as far as the eye could see, speaking to each other and to all of us — I slowly realized that Robert Shetterly has, in effect, brought to life a growing  community of people who are collectively citizens of a country that does not yet exist, a country that could be but is not yet.

Each person, vivid and powerful in Rob’s hands, looks directly out at the viewer, and each portrait includes a short comment by the subject etched across the painting.

Rob is the cartographer of this aspirational country — a place built on justice and peace, powered by love — and the words are a challenging and inspiring frame for the hopes and aspirations of that new country.

In his talk (starts at about the 23 minute mark in the video above), Ayers says:

I, too, am deeply, deeply honored to be on this wall with both mentors of mine like Grace Lee Boggs and Quentin Young and friends of mine like Kathy Kelly, Medea Benjamin, and James Bell. . . .

I’ve not only had the privilege of working with Rob, but I’ve had the privilege of speaking with him on several occasions to classes of students and to gatherings. . . I think the last time I heard you speak was at the state capitol in Maine at the Women’s March. They had one token man giving a talk and it was Robert.

One of the things I think that is so extraordinary is what he’s accomplished here is very much what Howard Zinn has accomplished, which is to introduce a whole new generation of people to a truer history of what our country is about. Rather than the great men and the great conquests and the great occupations, [Robert features the] people who struggled for more peace, more justice, more democracy, more sustainability and the little people who stood up.

When I hear him speak, I learn all kinds of new things about people I thought I knew about. So, this is a history project. This is an educational project. And it’s something of extraordinary value. I’m just thrilled that Syracuse has decided to take it in and bring it to life in this way.

Very quickly, my life work has been education. Education in the street as well as education in schools. And the big battle for me for decades has been between the idea that education is a product to be bought and sold at the marketplace like a laptop or a refrigerator versus a deeper idea which is education is a human right encoded in Article 26 of the Universal Declaration of Human Rights which states every child has a right to an education which shall be directed to the full development of human personality.

We’re far from that, but that’s the goal that we have to fight for. I work mostly in cities. I work mostly with kids who are from communities that have traditionally been marginalized and oppressed in various ways.

This project of Rob’s helps kids on that journey. I can’t thank you enough. Thanks very much.