On Feb. 19, 1968, over 27,000 teachers and administrators from the Florida Education Association (FEA) handed in their resignation letters and walked out. It was the first statewide teachers strike in the United States. On February 19, 1968, more than 27,000 teachers did not show up to work, forcing numerous schools to close because of a lack of instructors. The teachers had finally reached their breaking point.

They felt they could no longer adequately serve the students of Florida due to a lack of support from the legislature, Governor Kirk, and Florida taxpayers. The teachers for their part stood resolute in the face of a distrustful public and a reactionary governor.

Perhaps buoyed by the rapid increase and direct action of social movements, such as the civil rights struggle of the sixties, the teachers saw 1968 as the time to engage in a radical fight against a system that had little concern for the education of Florida’s children.

While Governor Kirk’s campaign rhetoric looked towards making Florida “first in education,” he did little to improve the schools. Kirk wished the impossible: to improve education without actually having to pay for it. Schools by 1967 seemed to be falling apart, out of date textbooks pervaded almost every school, while some districts were forced to cut spending; they did this by cutting the bus systems and placing a cap on kindergarten to save a dollar here and there.

The teachers saw Kirk’s promises for what they were, hollow words used to appease the electorate. The teachers demanded reform but got none. They fought for what they believed to be a just cause that would benefit not only themselves but the state as a whole.

While newspaper editorials lambasted the teachers and public opinion seemed to favor the state, the teachers did have a core group of supporters in the very people who had firsthand knowledge of the problems of an underfunded school system, the students themselves. Many students took to letter writing campaigns and in some cases school-wide walkouts to show their support to look for change in a system broken for many years. Continue reading.

The strike lasted until March 8, when the State Board of Education and FEA came to an agreement on increasing funds for public education. Many teachers went back to work after the strike ended but thousands were also refused rehire due to their involvement in the strike.

Learn more about the strike in “For the students: the 1968 Florida teacher strike” (undergraduate thesis by Jody Noll) and “‘We Are Not Hired Help’: The 1968 Florida Statewide Teacher and the Formation of Modern Florida” by Jody Noll. Florida Historical Quarterly 95, no. 3 (2017): 356-382.

In his 2017 article, Noll describes how the strike was a continuation of Florida’s Black Civil Rights Movement and how African-American “leaders within Florida’s civil rights movement viewed the teachers’ strike as a means to address the disparities between white and African-American schools.” The strike occured after Florida’s teachers unions merged as an integrated FEA in 1966. With the unions united, Black and white teachers found common ground in the labor struggle. 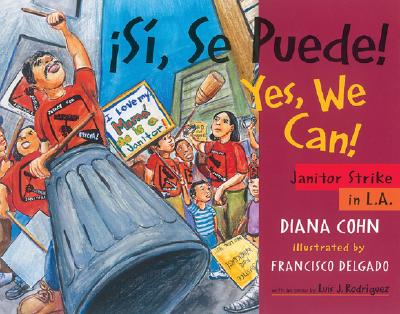 Picture book. By Diana Cohn and illustrated by Francisco Delgado. 2008. 31 pages.
A children's book based on the true story of the Justice for Janitors strike. 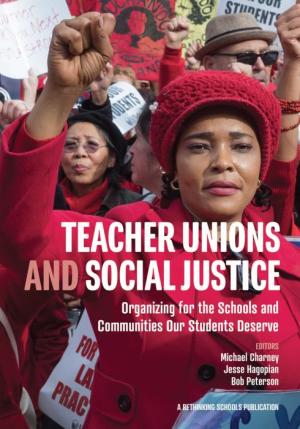 Teacher Unions and Social Justice: Organizing for the Schools and Communities Our Students Deserve

Book — Non-fiction. Edited by Michael Charney, Jesse Hagopian, and Bob Peterson. 2021.
Teacher Unions and Social Justice is an anthology of more than 60 articles documenting the history and the how-tos of social justice unionism.