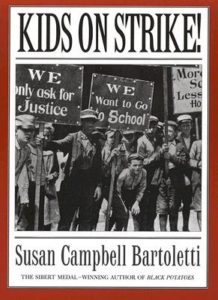 Covering more historical ground than in her lauded photo-essay Growing Up in Coal Country, Susan Campbell Bartoletti highlights the roles that children and young adults played in American labor strikes during the 19th and early 20th centuries. Bartoletti has a gift for collecting stories with telling details; her dense but highly readable prose brings individual children and the struggles in which they engaged vividly to life. Drawing from a broad expanse of resources (personal interviews, newspaper and magazine articles, primary and secondary book accounts), she spins the stories of 11-year-old Harriet Hanson, who joined striking workers in the Lowell, Mass., mills of the 1830s; 16-year-old Pauline Newman, a leader of the 1907 New York City rent protests and nicknamed “The New Joan of Arc”; as well as myriad other children who began to realize the unfairness of the conditions in which they worked and who took steps to change their situations.

The handsomely designed volume is packed with an abundance of relevant historical photographs (several by Lewis Hine), with children at work or at protests staring out from almost every page. A final chapter recounts the creation of the National Child Labor Committee and offers a glimpse into the futures of the many children featured in earlier chapters. Both accessible and engrossing, this volume is tangible proof for would-be activists that children have made and continue to make a difference. [Description from Publishers’ Weekly.]

“A comprehensive examination of the socioeconomic factors that spurred the formation of child organized strikes, this historical tour de force elucidates why child labor laws were developed and continue to be such a necessity. Bartoletti (No Man’s Land, p. 627, etc.) looks at the major industries that profited from the exploitation of child labor and how those employed by such operations worked to create a better environment for themselves and others. While there is mention of the ‘Newsie Strike’ in New York City and the fate of the sharecroppers in the southern cotton industry, the garment and coal mining industries loom as the real villains in child labor issues. Bartoletti provides numerous examples of how debilitating poverty drove entire families to work in utter squalor and suffer cruel treatment at the hands of profit-driven conglomerates. Personal stories illuminate the wretched conditions under which many of these children labored, with a focus on the instances when a child mobilized fellow workers to demand their rights. The grit and determination of these children who, in the face of police abuse, bureaucratic negligence, and governmental (even presidential) indifference, banded together for a common cause, and the startling black-and-white photographs, ensure that readers will be alternately awed and appalled by this stunning account of child labor in the U.S.” —Kirkus Reviews

Introduction: “Shall We Turn Out?”
Harriet Hanson and the Spinning-Room Strikers

Chapter Seven: “They Understood the Stomach Language”
The Lawrence Strike (1912)

Chapter Eight: “Now I Have a Past”
The National Child Labor Committee (1904) 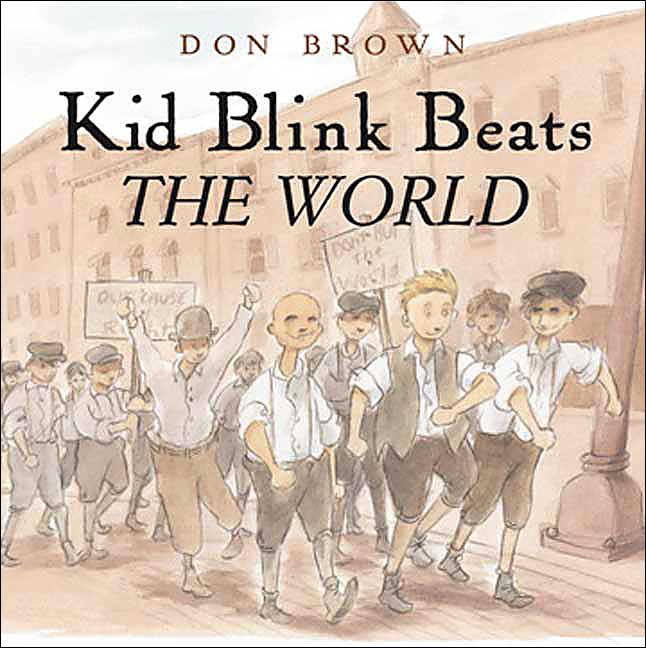