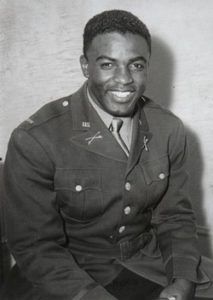 On July 6, 1944, Lieutenant Jackie Robinson, while stationed at Camp Hood in Texas, was instructed to move to a seat farther back in the bus. Robinson refused and was court-martialed.

Robinson’s account of what happened is included in his letter to the Assistant to the Secretary of War. Pages one and three of the letter are transcribed below. 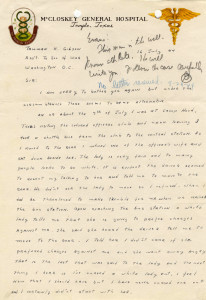 I am sorry to bother you again but under the circumstances there seems to be no alternative.

On or about the 7th of July I was at Camp Hood, Texas visiting the colored officers club and upon leaving I took a shuttle bus from the club to the central station. As I moved to the rear I noticed one of the officer’s wife [sic] and sat down beside her. The lady is very fair and to many people looks to be white. It is evident the driver seemed to resent my talking to her and told me to move to the rear. He didn’t ask the lady to move so I refused. When I did he threatened to make trouble for me when we reached the bus station. Upon reaching the bus station a white lady tells me that she is going to prefer charges against me. She said she heard the driver tell me to move to the rear. I told her I didn’t care if she preferred charges against me and she went away angry. That is the last that was said to the lady and the next thing I hear is I’ve cursed a white lady out. I feel now that I should have but I have never cursed one out and I certainly didn’t start with her.

. . . little advice. I want know to know just how far I should go with the case, what I mean is should I appeal to the NAACP and the Negro Press? I don’t want any unfavorable publicity for myself or the Army but I believe in fair play and I feel I have to let someone in on the case. If I write the NAACP I hope to get statements from all the witnesses because a broad minded person can see how the people framed me.

You can see sir that I need your advice. I don’t care what the outcome of the trial is because I know I am being framed and the charges aren’t too bad. I would like to get your advice about the publicity. I have a lot of good publicity out and I feel I have numerous friends on the press but I first want to her [sic] from you before I do anything I will be sorry for later on.

Sir as I said I don’t mind trouble but I do believe in fair play and justice. I feel that I’m being taken in this case and I will tell people about it unless the trial is fair. Let me hear from you so I will know what steps to take.

The Black press gave national visibility to the story. The army was worried about bad publicity as a result of Robinson’s sports fame. The court acquitted Robinson of all charges.

Read  a detailed description at Jim Crow, Meet Lieutenant Robinson: A 1944 Court-Martial by John Vernon at the National Archives.

Find a collection of related stories at Transportation Protests: 1841 – 1992. 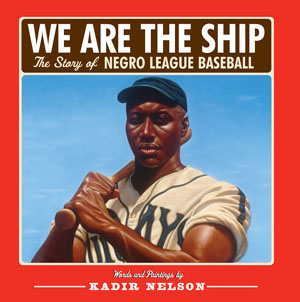 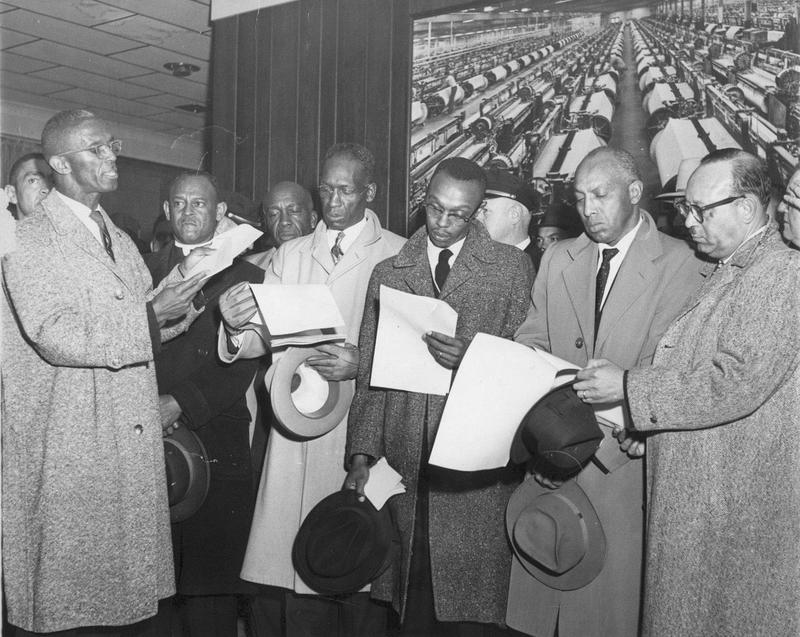