Exiled Chilean diplomat Orlando Letelier and Institute for Policy Studies staffer Ronni Moffitt were killed on Sept. 21, 1976 when a car bomb exploded as they drove around Sheridan Circle in Washington, D.C. Moffitt had been in the back seat with her husband, who survived.

The secret police of the U.S.-backed Augusto Pinochet regime in Chile were responsible for the assassination. 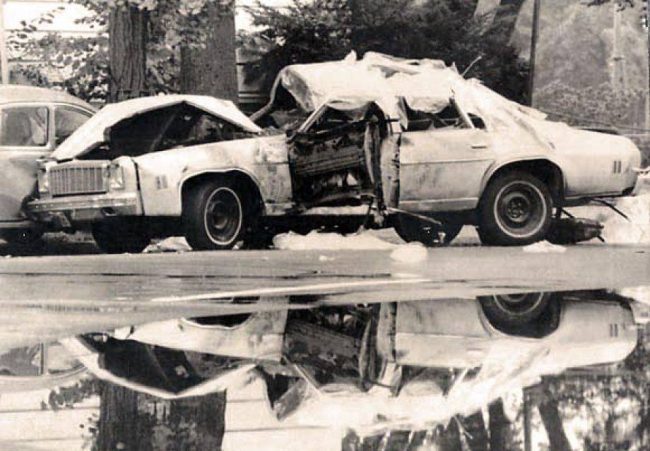 SNCC veteran Dr. Frank Smith spoke at the 2015 memorial at Sheridan Circle. He explained how he thought he’d “left bombings behind” when he came to DC after working for several years as a voting rights organizer in Mississippi. “What I realized was that people who fight for justice are in danger wherever they are.”

Read, Kissinger Blocked Demarche on International Assassinations to Condor States, a declassified memo from Henry Kissinger, blocking an action that could have prevented this terrorist attack.