Did you see the Democratic debate last night? Former Secretary of State Henry Kissinger became a point of contention. We can take this opportunity to introduce students to Kissinger.

It was Kissinger who famously called anti-Vietnam War activist and whistleblower Daniel Ellsberg “the most dangerous man in America.” Kissinger expressed his profound contempt for democracy in his support for the coup in Chile to overthrow the democratically elected government of Salvador Allende. Kissinger said,

I don’t see why we need to stand by and watch a country go communist due to the irresponsibility of its people. The issues are much too important for the Chilean voters to be left to decide for themselves.

During his time in office, Henry Kissinger oversaw a massive expansion of the war in Vietnam and the secret bombings of Laos and Cambodia. In Latin America, declassified documents show how Kissinger secretly intervened across the continent, from Bolivia to Uruguay to Chile to Argentina. In Chile, Kissinger urged President Nixon to take a, quote, “harder line” against the Chile’s democratically elected president, Salvador Allende.

On September 11th, 1973, another September 11th, Allende was overthrown by the U.S.-backed general, Augusto Pinochet. In Jakarta, Indonesia, Kissinger and President Gerald Ford met with the Indonesian dictator, General Suharto, to give the go-ahead to invade East Timor, which Indonesia did on December 7, 1975. The Indonesians killed a third of the Timorese population.

Kissinger also drew up plans to attack Cuba in the mid-’70s after Fidel Castro sent Cuban forces into Angola to fight forces linked to apartheid South Africa. While human rights activists have long called for Kissinger to be tried for war crimes, he remains a celebrated figure in Washington and beyond.

Check out our teaching materials at the Zinn Education Project. We have a Kissinger role in Lesson Four in our teaching guide for the film on Ellsberg, “The Most Dangerous Man in America.” Also check out Fred Branfman’s Voices from the Plain of Jars: Life Under the Air War, to see the human consequences of Henry Kissinger’s secret bombing of Laos. 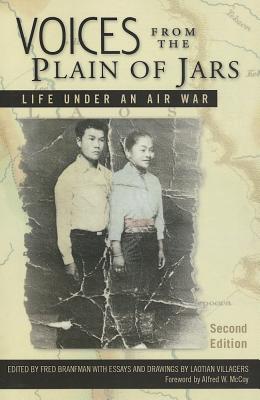 Book – Non-fiction. Edited by Fred Branfman. 2013 (original edition, 1972).
Essays, drawings, and poems by Laotian villagers who survived almost 10 years of widespread, persistent, and devastating bombing during the Vietnam War in a covert operation in Laos.