Thousands of students are reading the young readers’ edition of The Rebellious Life of Mrs. Rosa Parks and preparing to watch the new documentary film of the same name.

Not only do young people find Parks’ story gripping, they are introduced to history that is missing from textbooks about the Civil Rights and Black Power Movements. The book and film also give students a chance to reflect on their own role in shaping a more just society today.

Here is a map of the locations where teachers have received sets of the book so far. The red pins indicate states where anti-history education (“anti-CRT”) legislation has passed and the yellow pins represent states where legislation has been proposed or is moving through state legislature.

To learn about the impact of the book and film, check out selected photos and stories below. The Rebellious Life of Mrs. Rosa Parks inspired me because, in an early chapter, she got pushed off the sidewalk by a white boy and she stood up for herself. It may seem small, but she was an activist as a young girl and she wouldn’t let people belittle her. This book puts no limit on age to be an activist and stand up for ourselves. — Arianna Camacho-Mendez, 12th Grade Student A student read the Rosa Parks book for her biography research project during our summer session.

She was so inspired by Parks’s activism outside of the bus boycott that she selected Parks as someone to portray in our Living Wax Museum on June 17th. — Teynae Richardson, Upper Elementary Social Studies Teacher

I read the book during homeroom DEAR (Drop Everything and Read) time and had a small group of students in a lunchtime book club. We broke the book into three sections and met to discuss it over the course of three weeks. We had some really meaningful discussions and the students learned the strength and conviction of the rebellious Mrs. Parks. — Anna O’Brien, Middle School Social Studies Teacher

I used the books to engage my 6th Grade Honors students with the essential question: How will I change the world?

Students were tasked with using all of the knowledge they had built to read the story of Rosa Parks and understand the various social hierarchies at play; define and refine their definitions of a change agent and how Rosa met that definition; and ultimately think through how images changed our perception of events.

In all, this was the perfect culminating text to get students to think how a young Rosa, much like themselves, had a passion because she saw an injustice and wanted to change something in her world. The goal was for students to read her story of change and create their own. — Kyair Butts, Middle School Language Arts Teacher The Rebellious Life of Mrs. Rosa Parks was a core text for our study of the Civil Rights Movement. Each student was assigned a chapter to read and summarize on a shared discussion board. By reading the chapter summaries, many students became inspired to read the entire book for themselves.

Then they made posters with one word to describe Mrs. Parks and why those chose it. Many said they saw themselves in the various stages of Parks’ life. Their posters were displayed in the hall for all the students in the school to read. — Nelva Williamson, Middle and High School Social Studies Teacher

The students created a Venn diagram to assess their beliefs about Rosa Parks before and after reading text selections.

We cannot use the copies you sent of The Rebellious Life of Mrs. Rosa Parks in our school due to the incredibly vague and abusive nature of the state law known as the “Stop W.O.K.E. Act.” Further, as it is not on the approved list, I cannot have it in my classroom.

The town where I teach has 150,000 people and not a single bookstore. There is no decent public transportation for people to get to a library. Banning books from schools denies young people access to them. That is why I helped start Foundation 451. We collect and give away banned and challenged books (including The Rebellious Life) to students and families at festivals, churches, stores, and more.

The Rebellious Life of Mrs. Rosa Parks was especially popular at the Juneteenth book giveaways, as well as the giveaways at churches. Students are delighted to have this book among their options. We discussed the book with parents at every book giveaway.  — Adam Tritt, High School Language Arts Teacher; Foundation 451 Founder/Volunteer

We selected the book to be a title in our annual Lyons Township Reads school-wide book club. We have invited the author to speak to our classes and to also participate in a session with our teacher book club. — Jennifer Rowe, Director of Equity and Belonging

These stories make evident that countless teachers, often at personal and professional risk, refuse to censor their lessons. Not only are they teaching about racism and resistance in history, they are applying those lessons in their fight for the right to teach honestly today.

The book distribution is made possible by donations from Lush Cosmetics in support of teaching truth in history, Beacon Press, and Soledad O’Brien Productions with funding from The Ford Foundation.

The documentary about Rosa Parks is streaming on Peacock. The Zinn Education Project (a collaboration of Rethinking Schools and Teaching for Change) is hosting the book giveaway, classroom lessons, and teacher access for the film.

Since April, 13,000 copies of The Rebellious Life of Mrs. Rosa Parks, the young readers’ edition of a book by acclaimed historian Jeanne Theoharis, adapted by award-winning YA author Brandy Colbert, have been shipped to teachers requesting copies to pair with their history or language arts curriculum. 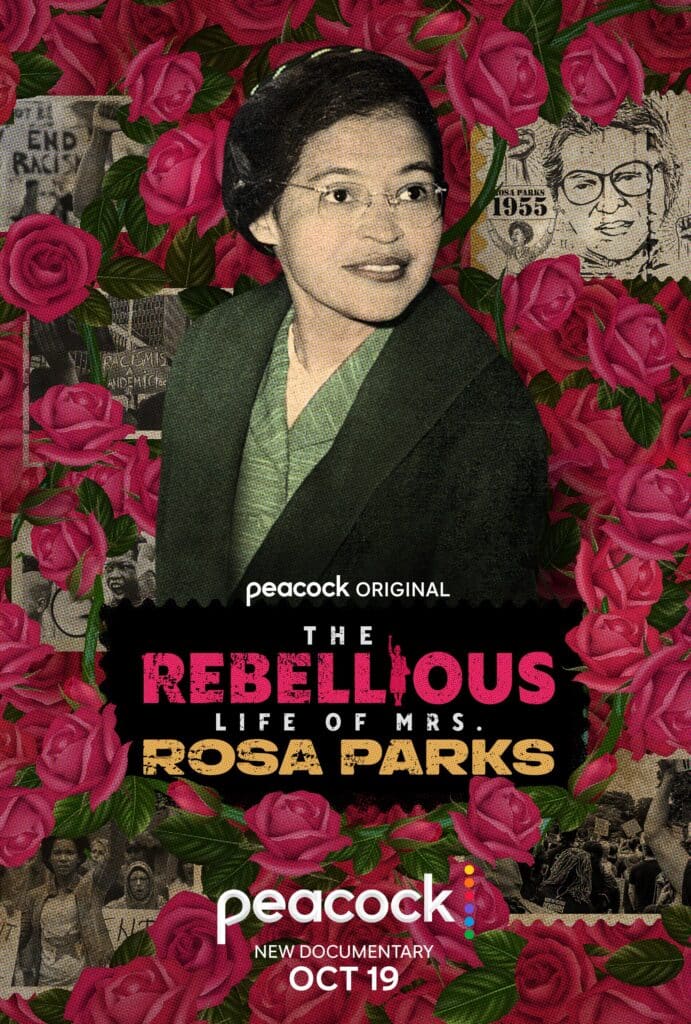