Truth Has a Power of Its Own is a collection of never-before-published conversations with Howard Zinn, conducted by broadcast journalist Ray Suarez in 2007, that covers the course of U.S. history from colonization to the War on Terror from a grassroots perspective.

Viewed through the lens of Zinn’s own life as a soldier, historian, and activist and using his paradigm-shifting A People’s History of the United States as a point of departure, these conversations explore the American Revolution, the Civil War, the labor battles of the nineteenth and twentieth centuries, U.S. imperialism from the Indian Wars to the War on Terrorism, World Wars I and II, the Cold War, and the fight for equality and immigrant rights, all from an unapologetically radical standpoint.

Suarez’s probing questions and Zinn’s humane (and often humorous) voice — along with his keen moral vision — shine through every one of these lively and thought-provoking conversations. Battles over the telling of our history still rage across the country, and there’s no better person to tell it than Howard Zinn. [Description from the publisher.]

No historian — and few public figures — have ever made radical politics as deliriously and deliciously attractive as Howard Zinn. These conversations with Ray Suarez resurrect Howard for a new generation, including those youth who are fed up with politics as usual. Buy it for the young rabble rouser in your life. As Howard liked to say, ‘We must know our history not only to have knowledge of the past, but to change the future.’ — Dave Zirin, author of A People’s History of Sports in the United States and sports editor, The Nation

In this short, rich volume, Zinn connects the dots from the abolitionists to Reconstruction to the Civil Rights Movement, leads the reader to question whether there is any ‘good war,’ and encourages us all to see civil disobedience as important as voting in a democracy. It is a guidebook for organizers. — Deborah Menkart, executive director of Teaching for Change and co-director of the Zinn Education Project

The conversations in Truth Has a Power of Its Own sing with Howard Zinn’s wisdom, humanity, and wit. Zinn explains how despite unspeakable brutality and exploitation throughout U.S. history, we find hope rising from the social movements that have sought equality and justice. This is a marvelous introduction to the history — a people’s history — of our country. — Bill Bigelow, curriculum editor, Rethinking Schools, and co-director of the Zinn Education Project 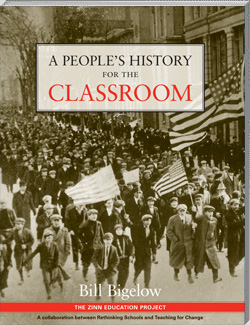 A People’s History for the Classroom

Teaching Guide. By Bill Bigelow. Rethinking Schools. 2008. 120 pages.
Lessons to introduce students to a more accurate, complex, and engaging understanding of U.S. history than is found in traditional textbooks and curricula. Published by Rethinking Schools. 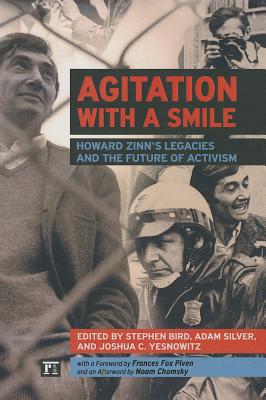 Agitation with a Smile: Howard Zinn’s Legacies and the Future of Activism

Book — Non-fiction. By Stephen Bird, Adam Silver, and Joshua Yesnowitz. 2014. 274 pages.
Engage the various complexities and tensions present throughout Howard Zinn's work and subject them to a 21st century assessment. 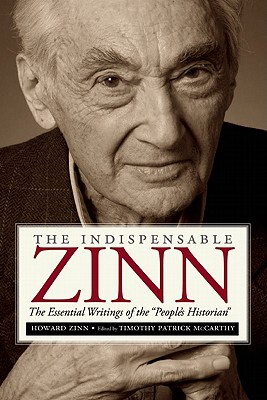 Book — Non-fiction. Edited by Timothy Patrick McCarthy. 2012. 496 pages.
A concise and accessible volume of the seminal writings of Howard Zinn including articles and excerpts from A People's History of the United States and You Can't Be Neutral on a Moving Train.