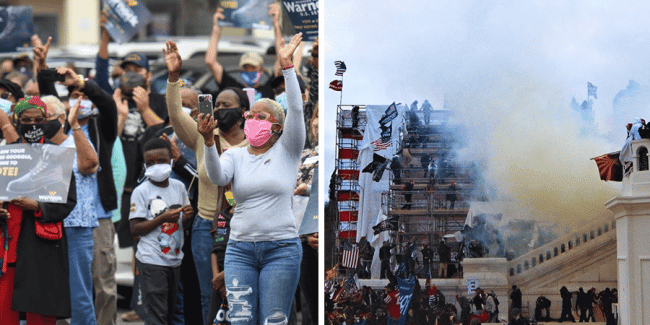 Being a teacher wasn’t easy last week. As the terrifying attempted coup took place on Wednesday, educators struggled to show up for students, to hit the right tone in class on Thursday and Friday.

They neither ignored the headlines nor rushed to “teach” events that were still unfolding, but provided students space and support for questions, discussion, and sharing.

In the coming days, educators will take time to reflect on how to provide students a fuller, more robust context for what happened and for the years ahead. Trump may be leaving, but the deep roots of Trumpism — white supremacy, nationalism, nativism — will continue to demand our activism and attention.

Below are some suggestions for framing this current moment.

The Long Struggle for Voting Rights: Do Not Erase the Victory in Georgia 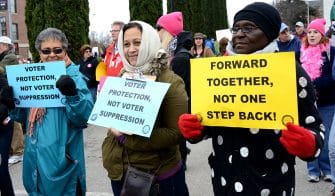 On January 5th, two new Democratic lawmakers from Georgia were elected to the U.S. Senate, one of whom will be only the 11th African American senator in our history.

This victory was won through the tireless, smart, and creative organizing of voting rights activists, led by Black women like Stacey Abrams, Deborah Scott, Felicia Davis, Helen Butler, Nse Ufot, and countless others in organizations such as the New Georgia Project, Black Voters Matter, Fair Fight, Mijente, and more.

Teach students about grassroots anti-racist organizing and the long struggle for voting rights.

We recommend Teaching SNCC: The Organization at the Heart of the Civil Rights Revolution, a series of role plays that explore the history and evolution of the Student Nonviolent Coordinating Committee, including freedom rides and voter registration, and Who Gets to Vote? Teaching About the Struggle for Voting Rights in the United States, a unit with three lessons on voting rights, including the history of the struggle against voter suppression.

Political Violence to Undermine Democracy in the United States Is Not New: #TeachReconstruction 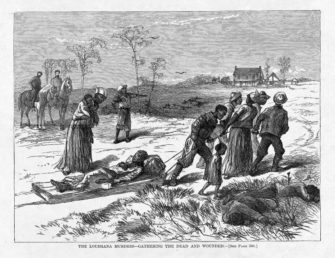 This week we heard from a teacher whose students, in the midst of a unit on Reconstruction, connected the victory in Georgia and the white supremacists at the Capitol seeking to stop the certification of Joe Biden’s election.

Indeed, January 6th was a snapshot of a larger pattern in U.S. history. Again and again, advancements in the freedom of Black people are met with white violence and an upsurge in white supremacist organizing. Reconstruction is a critical example.

Teach students about Reconstruction as a period of multiracial, democratic possibility undone — though not completely — by white supremacist terror.

Through the Teach Reconstruction Campaign, we offer lessons, a student project to make Reconstruction history visible in their communities, recommended teaching guides, student-friendly books, primary document collections, and films. Massacres in U.S. history were often designed to suppress the political power of African Americans. Study the history of the Wilmington, Hamburg, Colfax, and Ocoee Massacres and many more.

Where Do We Go from Here? 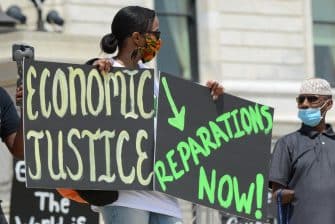 The House of Representatives may impeach President Trump for his role in inciting last week’s Capitol insurrection. A few Republican officials have joined Democrats in decrying the president’s conduct, although many politicians call for “reunifying” the country.

After the Civil War, elites devoted themselves to bringing traitorous Confederates back into the fold rather than delivering reparations for African Americans who had suffered 250 years of unspeakable abuse — and theft.

Teach students about the long movement for reparations, in the United States and elsewhere, to help them reflect on what a path toward justice might look like today.

In Repair: Students Design a Reparations Bill, students take on the role of activist-experts to improve upon a Congressional bill for reparations for Black people. In How to Make Amends: A Lesson on Reparations, students meet dozens of advocates and recipients of reparations from a variety of historical eras to grapple with the possibility of reparations now and in the future.

These are just a few of the issues surfaced by the events of last week. Check out additional lessons below and throughout this website on white supremacy, terrorism, the media, voting rights, and more.