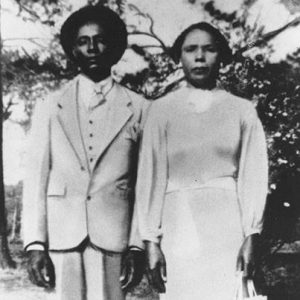 On Sept. 25, 1961, Herbert Lee, a farmer who worked with voting rights activist Robert Parris Moses to help register Black voters, was killed in broad daylight by state legislator E. H. Hurst in Liberty, Mississippi. Here is excerpt from the description at the SNCC Digital Gateway.

In majority-Black Amite County, only one Black person was registered to vote. It was the most Klan-ridden county in the state, and only a handful of people were willing to participate in the effort to gain voting rights. Nonetheless, as a few people began trickling into voting school Moses organized in the tiny church on Steptoe’s property, an alarmed white community began threatening reprisal and violence.

Herbert Lee was one of the first victims. On September 25th, 1961, Lee arrived at the Westbrook cotton gin outside the town of Liberty with a full load of cotton in his truck. There he was confronted by E. H. Hurst, a member of the Mississippi state legislature. Hurst and Lee, who had been boyhood friends, had been arguing over Lee’s involvement with SNCC. Hurst called him over, and in front of more than a dozen witnesses, Hurst shot Lee in the head, killing him. [Continue reading at SNCC Digital Gateway.]

Hurst claimed self-defense and was acquitted by a coroner’s jury the same day as the killing.

Louis Allen, who witnessed the shooting, was murdered two years later. “Murder Mystery: Shining a Light on the Story that the Newspapers Left Out” is a lesson that brings this story to the classroom.

Students as Historians: Voting Rights History about a group of high school students from McComb, Mississippi who traveled to Liberty to learn about Herbert Lee.

More resources below, including lessons for the classroom and a young readers’ book about voter suppression.