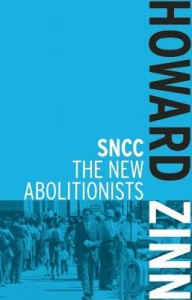 SNCC: The New Abolitionists influenced a generation of activists struggling for civil rights and seeking to learn from the successes and failures of those who built the fantastically influential Student Nonviolent Coordinating Committee (SNCC). It is considered an indispensable study of the organization, of the 1960s, and of the process of social change. Includes a new introduction by the author. [Publisher’s description.]

When I read SNCC The New Abolitionists, the organizing, the cost, the determined people — it was there. That was a surprise to me for a history book. I was absolutely amazed to have in my hand accountable stories where not only did I recognize the struggle, I could feel it. And I liked that he called it The New Abolitionists because all of us had some sense of the people who moved against slavery in this country. And he took that leap to say that the people who are moving against segregation are addressing in this time what people who tried to destroy slavery were addressing in another time. Continue reading here.

Knowing our history — and not just knowing it in broad strokes — helps us to understand what we’re seeing now and also what the possibilities are moving forward. So, if we don’t understand that past it’s very hard for us to be creative and effective in the present and into the future because we don’t know what we’re dealing with.

A few years ago I was buying multiple copies of Howard Zinn’s book SNCC: The New Abolitionists. It is a chronicle of SNCC organizing in the South during the height of the Civil Rights Movement. 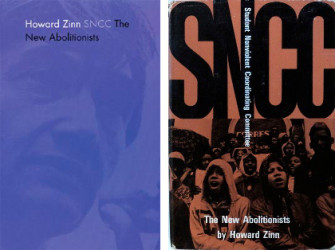 Chapter 1 | The New Abolitionists
Chapter 2 | Out of the Sit-ins
Chapter 3 | The Freedom Rides
Chapter 4 | Mississippi I: McComb
Chapter 5 | Mississippi II: Greenwood
Chapter 6 | Mississippi III: Hattiesburg
Chapter 7 | Southwest Georgia: The Outsider as Insider
Chapter 8 | Alabama: Freedom Day in Selma
Chapter 9 | The White Man in the Movement
Chapter 10 | “I Want To Know: Which Side is the Federal Government On?”
Chapter 11 | The Revolution Beyond Race
Chapter 12 | An Independent Radicalism

Article. By Howard Zinn. Excerpt from Chapter 5 of You Can't Be Neutral on a Moving Train.
Howard Zinn’s first-hand account of Selma’s Freedom Day in 1963.