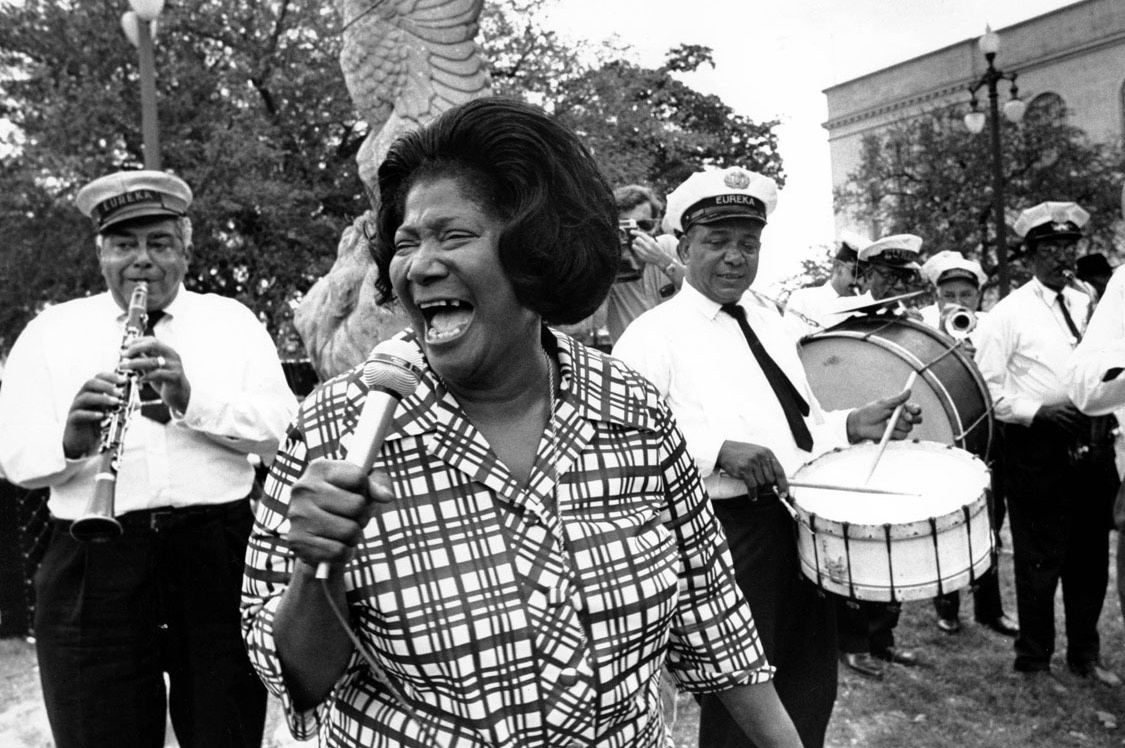 Mahalia Jackson offers an impromptu rendition of the gospel song “Just a Closer Walk with Thee” to the beat of the Eureka Brass Band at the New Orleans Jazz Festival in April 1970.

One of the central themes of my history course is that America is a nation of great contradictions. The history of American music provides an excellent means for illuminating perhaps the most basic contradiction of all in U.S. society, that of race. How could the author of the Declaration of Independence, which declares that “all men are created equal” and possess an “inalienable right to life, liberty and the pursuit of happiness,” have been a slave owner? How could the founders be inspired by the example of limited government set by the Iroquois nations yet engage in a policy of genocide when indigenous tribes interfered with westward expansion?

American music — jazz, rock, rap, R&B, gospel, country — has been the most alive and innovative musical tradition in the world for at least the last century. All these forms come out of the gumbo pot of African, European, and Native American sources that characterizes the musical heritage of both North and South America. Yet, in the United States, black artists typically have done the lion’s share of the innovating, while white artists (and white-owned record labels) have reaped the lion’s share of the financial rewards. . . It is impossible to seriously study the history of 20th-century American music, from ragtime to rap, without also studying the history of racism.