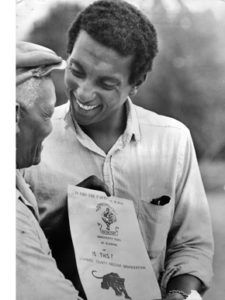 On March 23, 1965, the Selma to Montgomery marches continued.

As the march traveled through Lowndes County, Stokely Carmichael and others from the Student Nonviolent Coordinating Committee talked with local residents and helped to organize the Lowndes County Freedom Party (LCFP).

Here is a description excerpted from the SNCC Digital Gateway:

Stokely Carmichael had made contacts with some of the local residents during the Selma-to-Montgomery March in March of 1965, but, at first, people were wary of Carmichael and the SNCC workers accompanying him. An important breakthrough occurred when, while handing out voter registration material at a local school, he was confronted by two policeman who ordered him to leave. Carmichael refused and challenged the officers to either leave him alone or arrest him. Flustered, the officers backed down, causing the SNCC workers to be “swarmed” by young people and to boost respect for SNCC in the county.

As word spread, Carmichael and the other SNCC workers were able to work with John Hulett and other local leaders to organize residents into a new political organization: the Lowndes County Freedom Organization (LCFO). Bringing the lessons of the Delta to Alabama, Carmichael recognized conversation with local people and confrontation when necessary as important to triggering change. The new, independent Black political party in Lowndes County came to represent Black power. The Lowndes County Freedom Party, whose symbol was a black panther, became a powerful and pioneering political force in a state where the Democratic Party prevented the participation of Black people, and whose symbol was a white rooster with the words “white supremacy for the right” written above it. Read more at SNCC Digital Gateway. 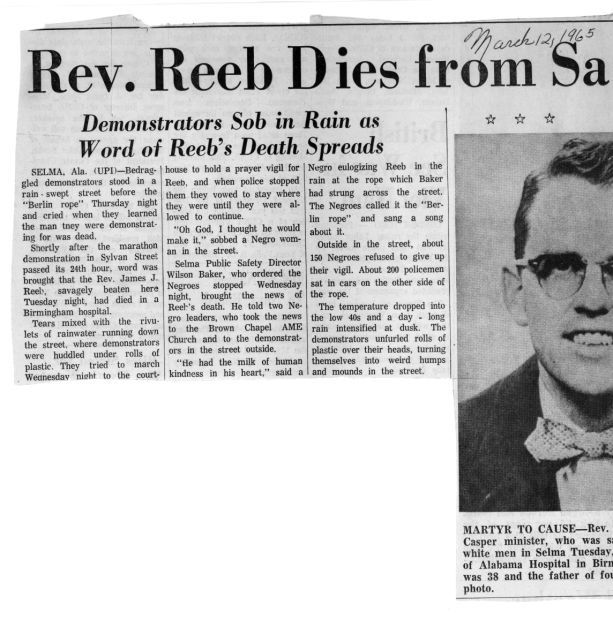