The Longest Walk was intended to symbolize the forced removal of American Indians from their homelands and to draw attention to the continuing problems of Indian people and their communities. The event was also intended to expose and challenge the backlash movement against Indian treaty rights that was gaining strength around the country and in Congress. This backlash could be seen in the growing number of bills before Congress to abrogate Indian treaties and restrict Indian rights. — in American Indian Activism: Alcatraz to the Longest Walk 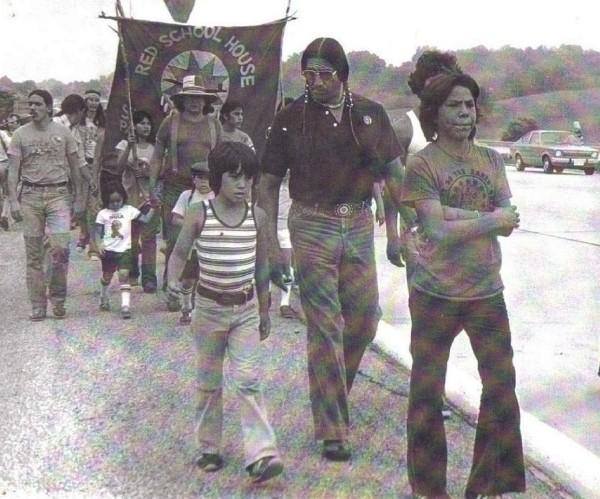 Lehman Brightman and others in the Longest Walk.

On July 15, 1978, a peaceful transcontinental trek for Native American justice, which had begun with a few hundred people departing Alcatraz Island, California, ended this day when they arrived in Washington, D.C. accompanied by 30,000 marchers. They were calling attention to the ongoing problems plaguing Indian communities, such as lack of jobs, housing, health care, as well as dozens of pieces of legislation before Congress canceling treaty obligations of the U.S. government toward various Indian tribes. 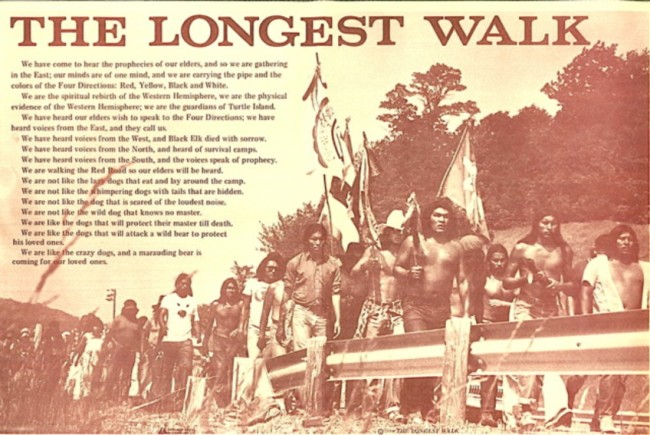 Read more in the articles, “The Longest Walk: Activism and Legislation in Indian Country from the National Museum of the American Indian (NMAI),” “Indians End Longest Walk in Washington DC on July 15, 1978,” by Jo Freeman, and “Native Americans Walk from San Francisco to Washington, D.C. for U.S. Civil Rights, 1978” at Global Nonviolence Action Database. 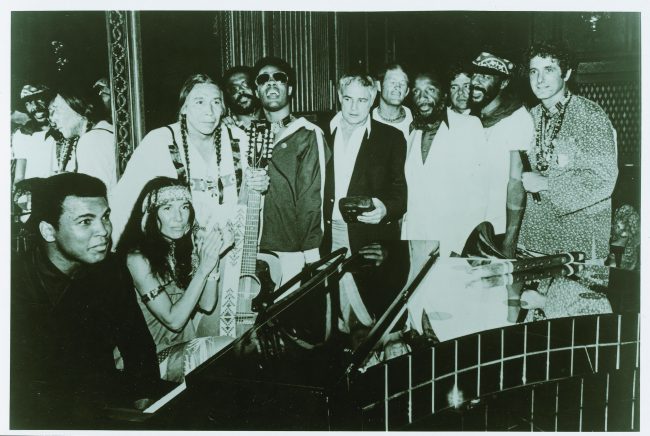 Read more stories of Native American activism from the 1960s to the 21st century. 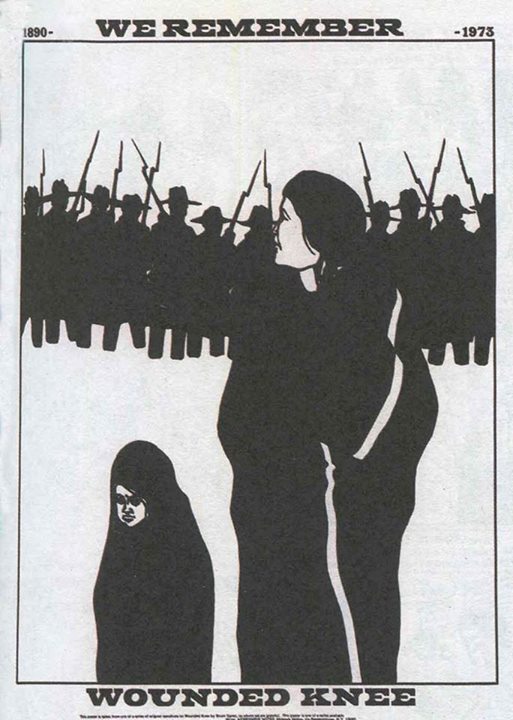 After 10 years of organizing and protesting, the Fort McDowell Yavapai Nation of Arizona won the struggle when Interior Secretary James Watt announced that Orme Dam would not be built.