On Nov. 25, 1986 Abbie Hoffman and Amy Carter (President Carter’s daughter) were among 60 people arraigned on charges of disorderly conduct stemming from a sit-in to block CIA campus recruiting at University of Massachusetts-Amherst. It was an act of protest of the CIA’s role in Central America. 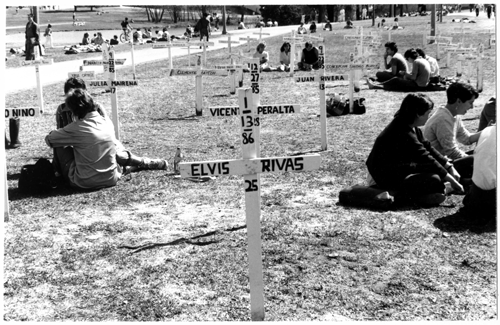 Lawyers Tom Lesser and Leonard Weinglass defended Carter, Hoffman, and 13 other students who were brought to trial.

Using the common law necessity defense (actions are necessary to prevent greater harm; there is no choice but to break the law to stop lawlessness/injury).

Witnesses for the defense included Howard Zinn and Daniel Ellsberg on April 10, 1987. 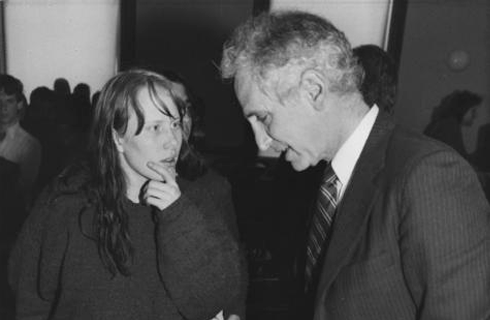 Zinn testified to the power of civil disobedience. Read Zinn’s testimony at HowardZinn.org.

Ellsberg testified to the circumstances of why he decided to release the Pentagon Papers.

Carter testified to the importance of everyone taking a stand. She said,

Every time a person sacrifices himself for a larger injustice, it aids in the cycle of change.

The defendants were acquitted.

Read about the University of Massachusetts Amherst case at Boston TV News Digital Library and watch the video clip below. 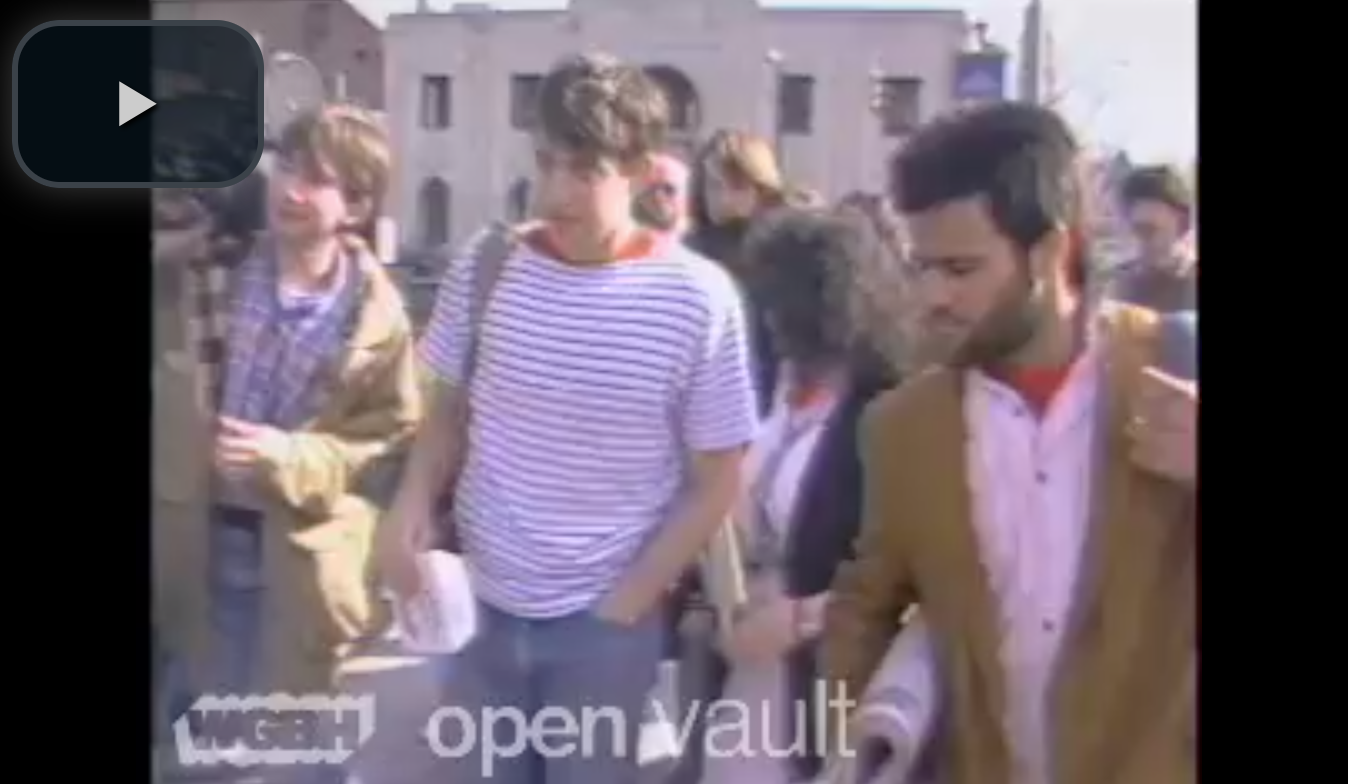