On Oct. 19, 1870 the first African Americans were elected to the House of Representatives.

Black Republicans won three of the four congressional seats in South Carolina: Joseph H. Rainey, Robert C. Delarge, and Robert B. Elliott. (Hiram Revels had been elected in 1869 and seated in 1870 to the Senate.) 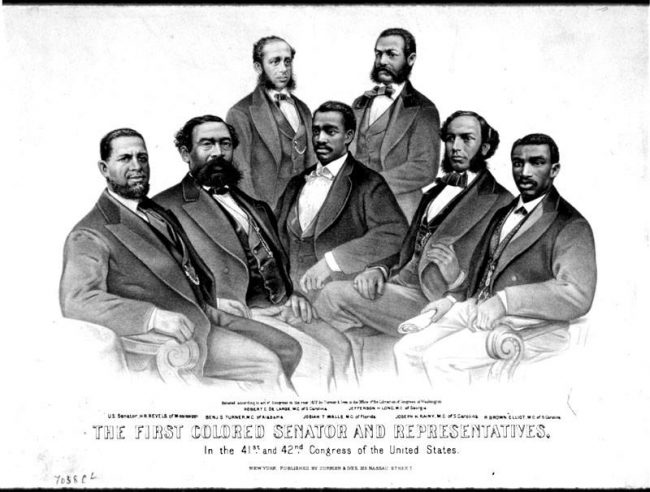 The Reconstruction era of the United States is one the most important yet mis-represented (or ignored) periods in U.S. history.

Though often overlooked in classrooms across the country, Reconstruction was a period where the impossible suddenly became possible.

For lessons and resources, visit the #TeachReconstruction campaign to teach outside the textbook.

Book – Non-fiction. By W. E. B. Du Bois. Introduction by David Levering Lewis. 2014. 623 pages. Originally published in 1935, Du Bois’ Black Reconstruction was the first book to challenge the prevailing racist historical narrative of the era and in sharp, incisive prose, tell the story of the Civil War and Reconstruction from the perspective of African Americans.