Students continue to feel the effects of the 1970s in their everyday lives. The twin catastrophic events early in the decade — the tragic ending of the Vietnam War and the scandals of Watergate — shocked the nation and rocked the foundations of our fundamental belief in government. To many Americans — including the parents of many of our students — whatever had happened previously seemed distant and simple compared to the events of this period. Frustration and cynicism characterized the attitudes in many homes across the nation. 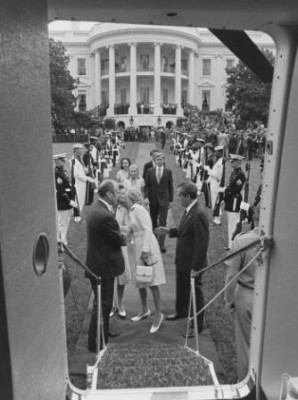 In addition, our students have had to confront modern scandals — Iran-Contra, savings and loans, Monica Lewinsky, Enron, Abu Ghraib — scandals that suggest that perhaps not much has changed. The voices in this chapter reflect the frustration and cynicism that resulted from the scandals of the 1970s, and in so doing, suggest that we may have opened a Pandora’s box that, for good or bad, may be impossible for us to close.