Answering the Cry for Freedom features engaging stories that use original sources and news accounts of the lives of 13 African Americans — few of whom have made it into standard history textbooks.

Some are free, others enslaved, some side with Britain and others with the patriots. All of them are fighting for the rights promised in the Declaration of Independence but denied to many.

Excellent for read alouds, book circles, or background research for role plays about the U.S. Revolutionary War and the writing of the Constitution. [Review by Rethinking Schools.]

Even as American Patriots fought for independence from British rule during the Revolutionary War, oppressive conditions remained in place for the thousands of enslaved and free African Americans living in this country. But African Americans took up their own fight for freedom by joining the British and American armies; preaching, speaking out, and writing about the evils of slavery; and establishing settlements in Nova Scotia and Africa. The 13 stories featured in this collection spotlight charismatic individuals who answered the cry for freedom, focusing on the choices they made and how they changed America both then and now. These individuals include: Boston King, Agrippa Hull, James Armistead Lafayette, Phillis Wheatley, Elizabeth “Mumbet” Freeman, Prince Hall, Mary Perth, Ona Judge, Sally Hemings, Paul Cuffe, John Kizell, Richard Allen, and Jarena Lee. Includes individual bibliographies and timelines, author note, and source notes. [Publisher’s description.] 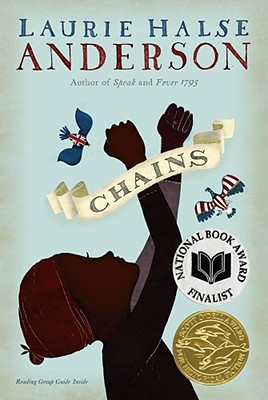