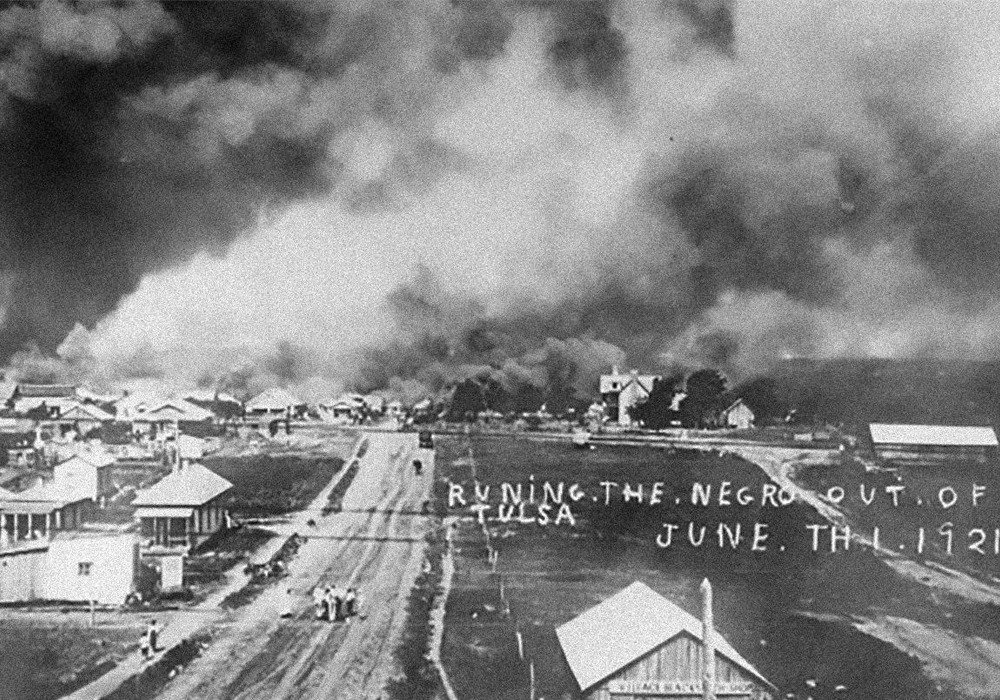 None of my mostly African American 11th graders in Portland had ever heard of the so-called Tulsa Race Massacre, even though it stands as one of the most violent episodes of dispossession in U.S. history.

The term “race riot” does not adequately describe the events of May 31-June 1, 1921 in Greenwood, a Black neighborhood in Tulsa, Oklahoma. In fact, the term itself implies that both Blacks and whites might be equally to blame for the lawlessness and violence. The historical record documents a sustained and murderous assault on Black lives and property. This assault was met by a brave but unsuccessful armed defense of their community by some Black World War I veterans and others.

During the night and day of the riot, deputized whites killed more than 300 African Americans. They looted and burned to the ground 40 square blocks of 1,265 African American homes, including hospitals, schools, and churches, and destroyed 150 businesses. White deputies and members of the National Guard arrested and detained 6,000 Black Tulsans who were released only upon being vouched for by a white employer or other white citizen. Nine thousand African Americans were left homeless and lived in tents well into the winter of 1921.

Like pearls on a string, we can finger the beads of violent and “legal” expulsions of people of color from their land in the nation: The Cherokee Removal and multiple wars against indigenous people, the 1846-48 U.S. war against Mexico, the Dawes Act, government-sanctioned attacks on Chinese throughout the West, the “race riots” that swept the country starting in 1919, Japanese American incarceration, and the later use of eminent domain for “urban removal.” The list is long.

I tell students in the English language arts class I co-teach:

I want you to think about wealth in this country. Who has it? Who doesn’t? A study by the Pew Research Center found that, on average, whites have 20 times the wealth of Blacks. Why is that? When there’s a question that puzzles you, you must investigate.

It’s a nontraditional curriculum for a language arts teacher, but I aim to teach students to connect the dots about big ideas that matter in their lives — and I use both history and literature to explore injustice.

This year, Tulsa was one of the instances we studied to probe the legacy of racism and wealth inequality. To stimulate students’ interest in resurrecting this silenced history, I created a mystery about the night of the invasion of Greenwood. I wrote roles for students based on the work of scholars like John Hope Franklin and Scott Ellsworth that gave them each a slice of what happened the night of the “riot.” [See and download lesson “Burned Out of Homes and History: Unearthing the Silenced Voices of the Tulsa Race Massacre.”] There’s a jumble of events they learn: the arrest of Dick Rowland, a young African American shoe shiner, who allegedly raped Sarah Page, a white elevator operator (later, students learn that authorities dropped all charges); the newspaper article that incited whites and Blacks to gather at the courthouse; the assembly of armed Black WWI veterans to stop any lynching attempt — 26 Black men had been lynched in Oklahoma in the previous two decades; the deputizing and arming of whites, many of them KKK members; the incarceration of Blacks; the death of more than 300 African American men, women, and children; the burning and looting of homes and businesses. 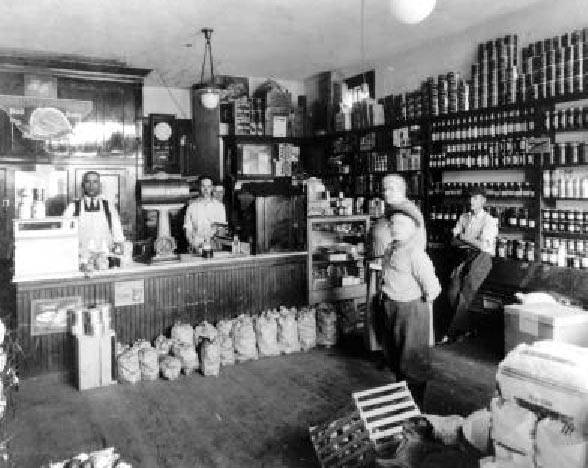 The Zarrows, a white family, hid some African Americans in their store during the massacre.

Because not all white Tulsans shared the racial views of the white rioters, I included roles of a few whites and a recent immigrant from Mexico who provided refuge in the midst of death and chaos. I wanted students to understand that even in moments of violence, people stood up and reached across race and class borders to help.

Our students’ history textbook, History Alive!, is silent about the events of Tulsa, but more significantly, the book fails to help students search for patterns in our nation’s history of race-based dispossession and murders. Textbooks like this one help keep students ignorant about the roots of today’s vast wealth inequality between Blacks and whites. Instead, our students must imagine why African Americans lack wealth: Unwise spending? Bad luck? 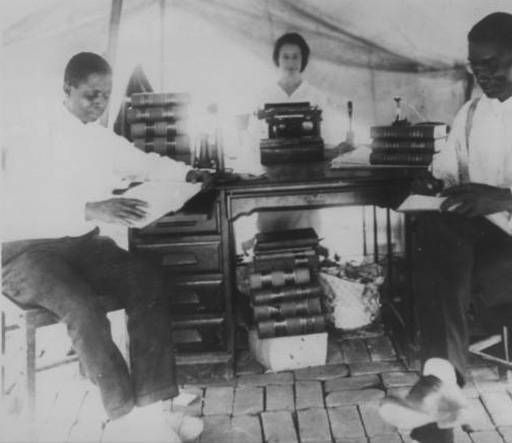 A law office was set up following the massacre.

To inject hope into this “stealing home” unit, I created a role play about recent efforts in Oklahoma to obtain restitution for the death and damages suffered by Blacks in Greenwood. For me, teaching a “people’s history” is not merely offering students a fuller, more meaningful history than is included in textbooks. It also means that we engage students in a problem-posing curriculum that brings history to life through role play and simulation.

In 1997, the Oklahoma legislature authorized a commission to study and prepare an accounting of the “riot.” After three and a half years, the commission delivered its report.

Rather than just reading about the results of the proceedings and the more recent lawsuit initiated in 2003 on behalf of the survivors and their descendants, my co-teacher and I asked students to think about what “fair” compensation for the loss might mean. We put students in the position of commission members. We asked them to determine what, if any, reparations should be made to the riot survivors and their descendants.

Students made passionate arguments about what should happen. Aaron’s was typical: “We can’t change what happened in the past, but we can compensate the offspring for the loss of their property and inheritance. At least give the descendants scholarships.”

Who suffered the most? Which was worse — death or property loss? The entire community suffered. We should choose a mixture of compensations: There should be scholarships, as well as compensation for the survivors and their descendants. There should be a memorial day and a reburial of the mass graves.

Sarah feared that bringing up the past would open old wounds and reignite the racism that initiated the riots. Vince and others disagreed: “This is not just the past. Racial inequality is still a problem. Forgetting about what happened and burying it without dealing with it is why we still have problems today.”

And this was exactly what we wanted kids to see: The past is not dead. We didn’t want students to get lost in the history of Tulsa, though it needs to be remembered; we wanted them to recognize the historical patterns of stolen wealth in Black, brown, and poor communities. We wanted them to connect the current economic struggles of people of color by staying alert to these dynamics from the past. We wanted them to see that in many ways Tulsa and other Black communities are still burning, still being looted.

We wanted to bring the story home. 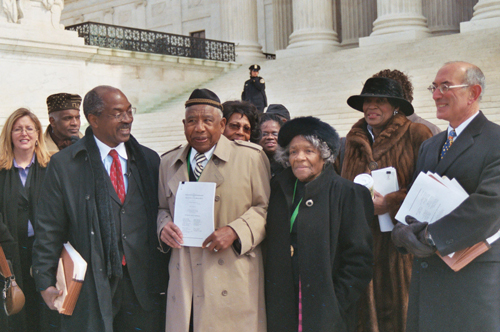 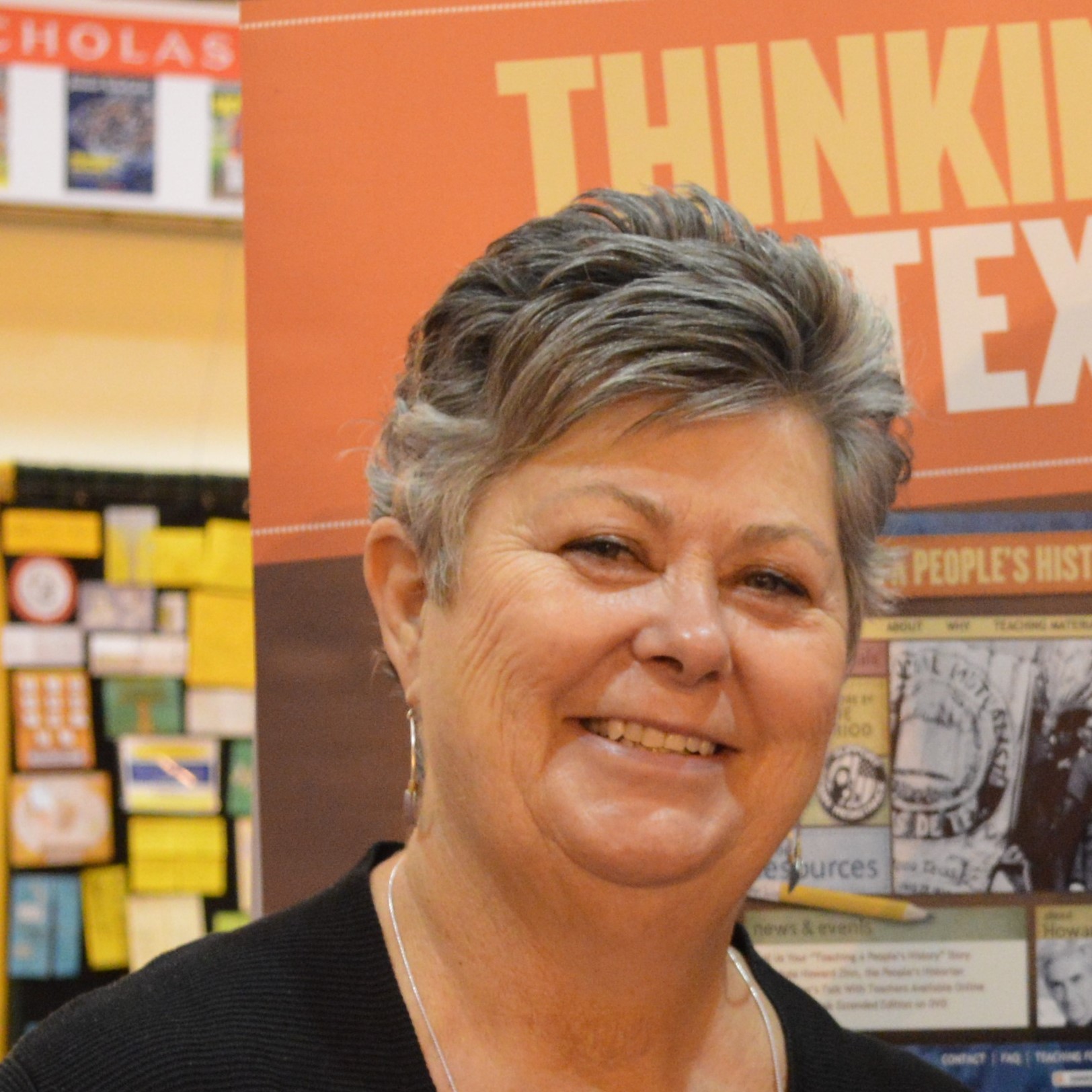 Linda Christensen has taught high school language arts in Portland, Oregon for almost 40 years. She is the author of Reading, Writing, and Rising Up: Teaching about Social Justice and the Power of the Written Word and Teaching for Joy and Justice: Re-imagining the Language Arts Classroom, both published by Rethinking Schools.