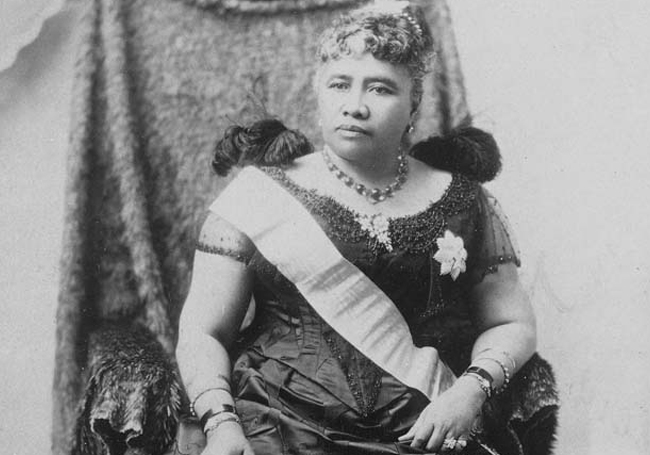 By Ursula Wolfe-Rocca
The perpetual interventionism and global hegemony exercised by the U.S. government today urgently need to be questioned and dismantled. Such a monumental task requires a citizenry armed with clear-eyed understandings of its past. That cannot be accomplished when the Cold War is sanitized and downsized, confined to one chapter of a textbook...
Continue reading 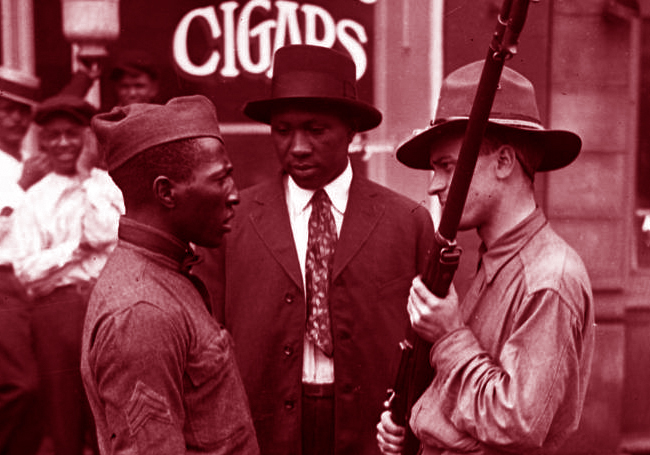 By Ursula Wolfe-Rocca
The racist riots of 1919 happened 100 years ago this summer. Confronting a national epidemic of white mob violence, 1919 was a time when Black people defended themselves, fought back, and demanded full citizenship in thousands of acts of courage and daring, small and large, individual and collective.
Continue reading 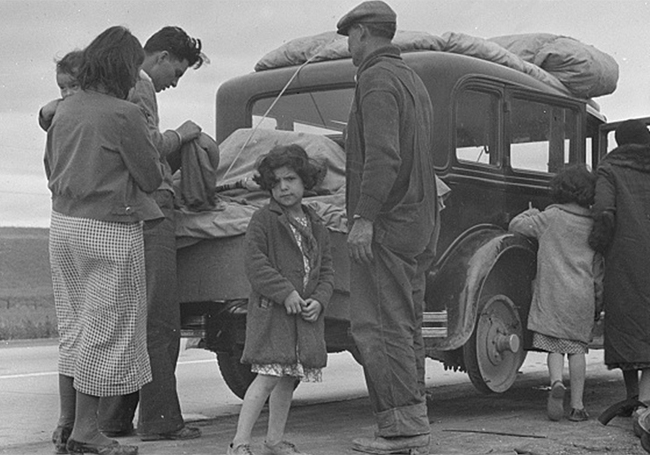 By Ursula Wolfe-Rocca
The Trump Administration’s horrifying record on immigration, exemplified by the heartbreaking scenes of family separation during the summer of 2018, sparked a new round of discussion and debate about U.S. deportation policy.
Continue reading 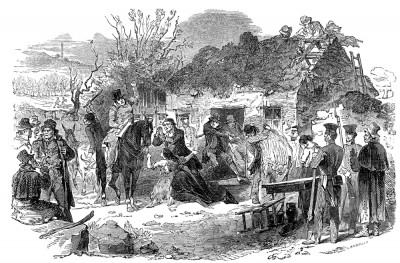 By Bill Bigelow
“Wear green on St. Patrick’s Day or get pinched.” That pretty much sums up the Irish-American “curriculum” that I learned when I was in school. Yes, I recall a nod to the so-called Potato Famine, but it was mentioned only in passing.

Sadly, today’s high school textbooks continue to largely ignore the famine, despite the fact that it was responsible for unimaginable suffering and the deaths of more than a million Irish peasants, and that it triggered the greatest wave of Irish immigration in U.S. history. Nor do textbooks make any attempt to help students link famines past and present.
Continue reading 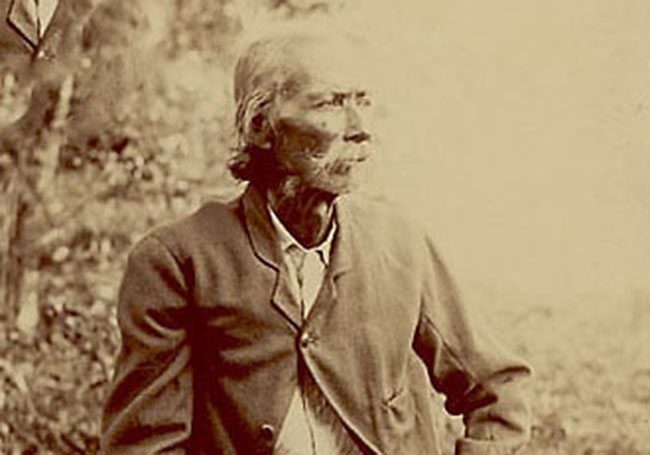 By Bill Bigelow
This erasure of huge swaths of humanity is a fundamental feature of the school curriculum, but also of the broader mainstream political discourse. We usually think about the curriculum as what is taught in school. But as important — perhaps more important — is what is not taught, which includes the lives rendered invisible.
Continue reading 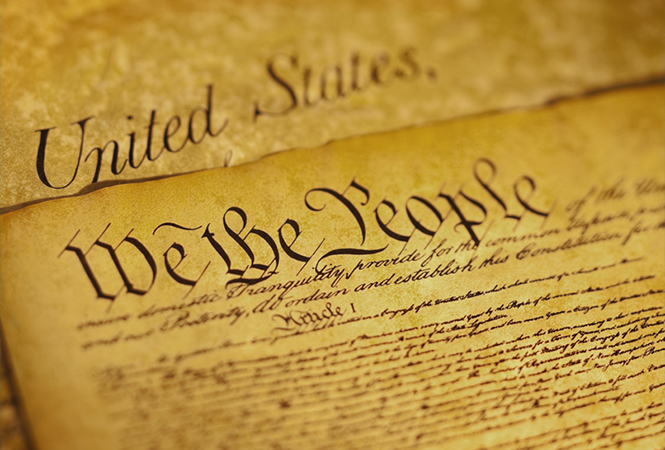 By Ursula Wolfe-Rocca
Working as a social studies teacher for almost two decades, I have noticed a predictable and perennial pattern. A study is published showing some alarming deficit in the knowledge of people in the United States. Two-thirds of respondents cannot find Iraq on a map. One-third cannot name a single right protected by the First Amendment.
Continue reading 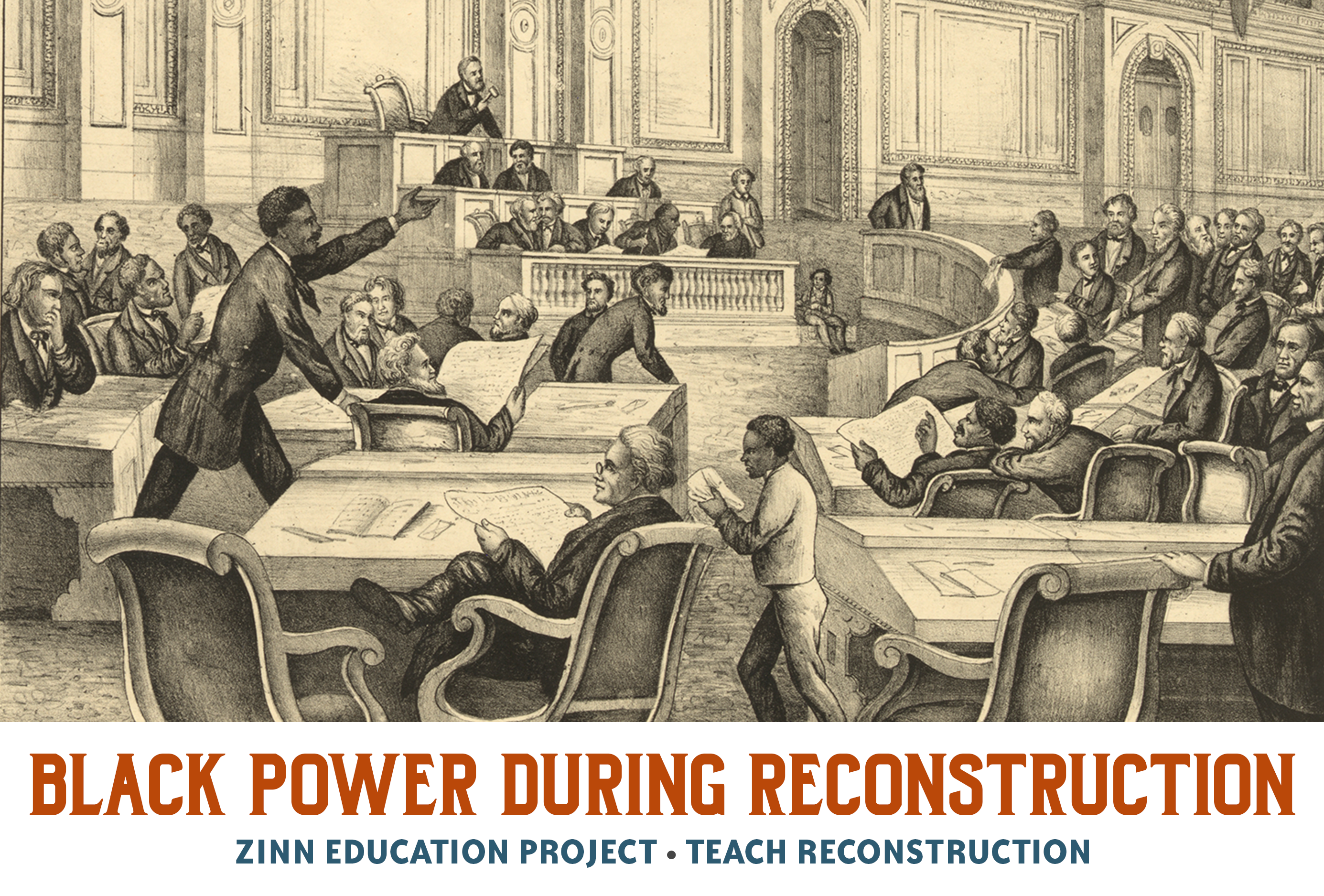 By Adam Sanchez
From the urban rebellions to the salute at the Olympics, commemorations of 1968 — a pivotal year of Black Power — have appeared in news headlines throughout this anniversary year. Yet 2018 also marks the 150th anniversary of 1868 — the height of Black Power during Reconstruction.
Continue reading 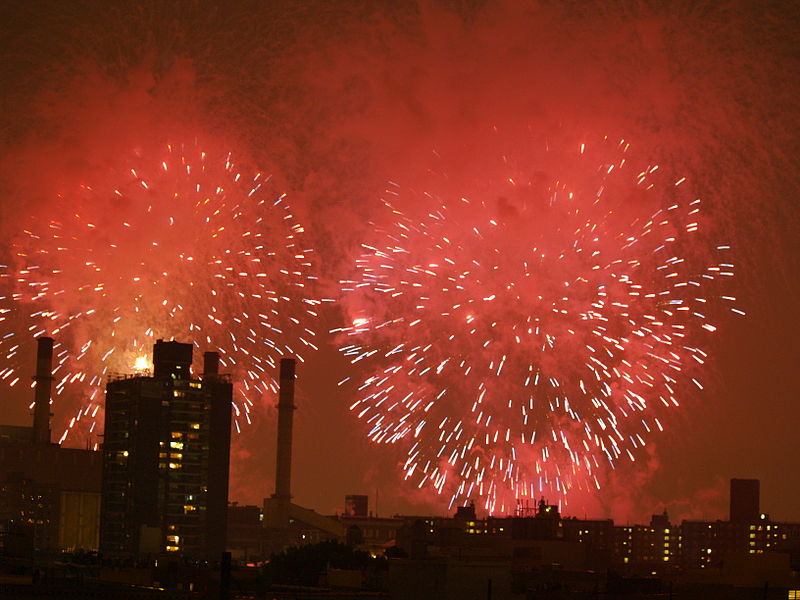 By Bill Bigelow
Apart from the noise pollution, air pollution, and flying debris pollution, there is something profoundly inappropriate about blowing off fireworks at a time when the United States is waging war with real fireworks around the world. To cite just one example, the Bureau of Investigative Journalism in London found recently that U.S. drone strikes in Pakistan alone have killed more than 200 people, including at least 60 children.
Continue reading

By Adam Sanchez
Given that the billionaire Charles Koch has poured millions of dollars into eliminating the minimum wage and paid sick leave for workers, and that in 2015 he had the gall to compare his ultra-conservative mission to the anti-slavery movement, he’s probably the last person you’d want educating young people about slavery. Yet the history-teaching wing of the Koch brothers empire is seeking to promote an alternate narrative to slavery, the Civil War, and Reconstruction.
Continue reading 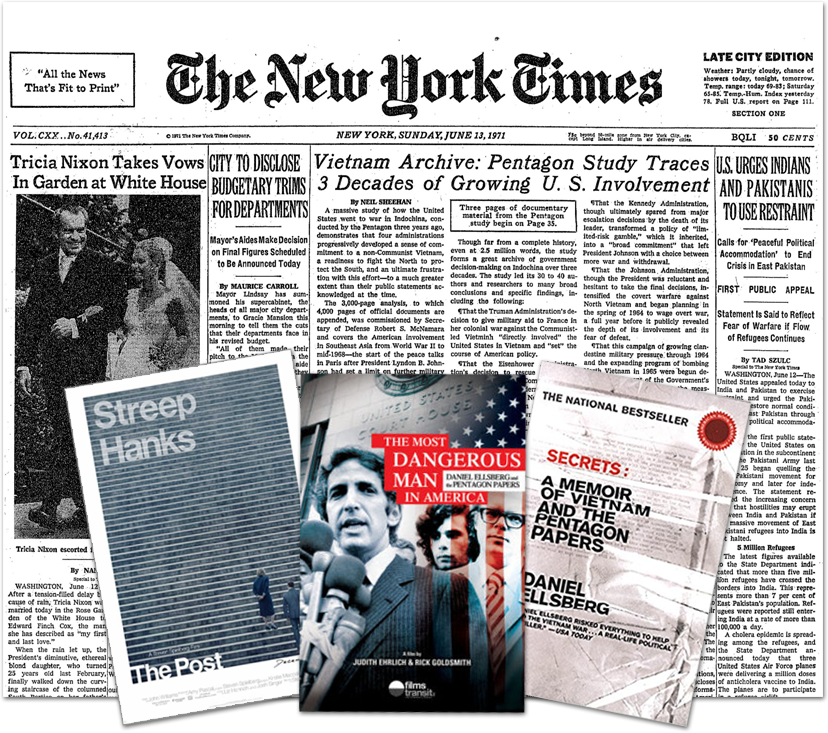 By Bill Bigelow
It’s impossible to walk away from the film without understanding that at the heart of the struggle over the Pentagon Papers was the exposure of government lying about the war in Vietnam. The film offers papers like the New York Times and the Washington Post a warm pat on the back for publishing the Pentagon Papers and exposing these lies. But Spielberg’s film ignores the fact that there was abundant evidence of deceit long before these newspapers decided to publish the Pentagon Papers in June of 1971.
Continue reading 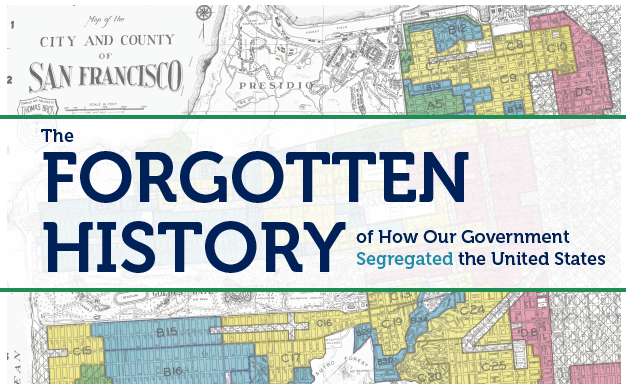 By Richard Rothstein
Racial segregation characterizes every metropolitan area in the United States and bears responsibility for our most serious social and economic problems — it corrupts our criminal justice system, exacerbates economic inequality, and produces large academic gaps between white and African American schoolchildren. We’ve taken no serious steps to desegregate neighborhoods, however, because we are hobbled by a national myth that residential segregation is de facto — the result of private discrimination or personal choices that do not violate constitutional rights.
Continue reading 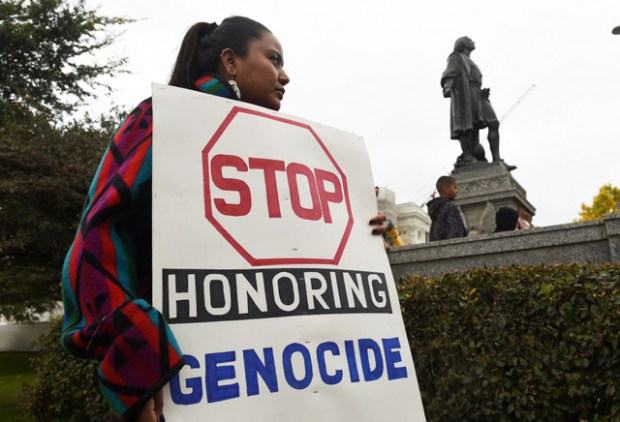 By Bill Bigelow
A New York Times article, following the white supremacist demonstrations in Charlottesville, Virginia, and the murder of anti-racist activist Heather Heyer, described the growing calls to remove monuments that celebrate the Confederacy. The article went on to cite some who balk, however, when “the symbolism is far murkier, like Christopher Columbus.”

But there is nothing murky about Columbus’ legacy of slavery and terrorism in the Americas. The record is clear and overwhelming. The fact that The New York Times could report this with such confidence — adding that “most Americans learn rather innocently, in 1492 [Columbus] sailed the ocean blue until he discovered the New World” — means that educators and activists still have much work to do.
Continue reading 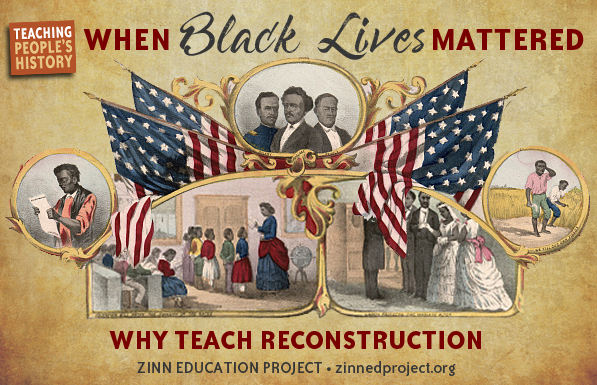 Every day seems to bring new horrors as the U.S. president’s racist rhetoric and policies have provided an increasingly encouraging environment for attacks on Black people and other communities of color. The acquittal of yet another police officer accused of murdering a Black man in St. Louis, the raging battle across the country over whether symbols of slavery should be removed from public spaces, and the formation of a “Commission on Election Integrity” to further suppress voting by people of color are just a few of the recent reminders that racism is as American as apple pie. In moments like these, it’s worth remembering a time in U.S. history when Black lives mattered.
Continue reading 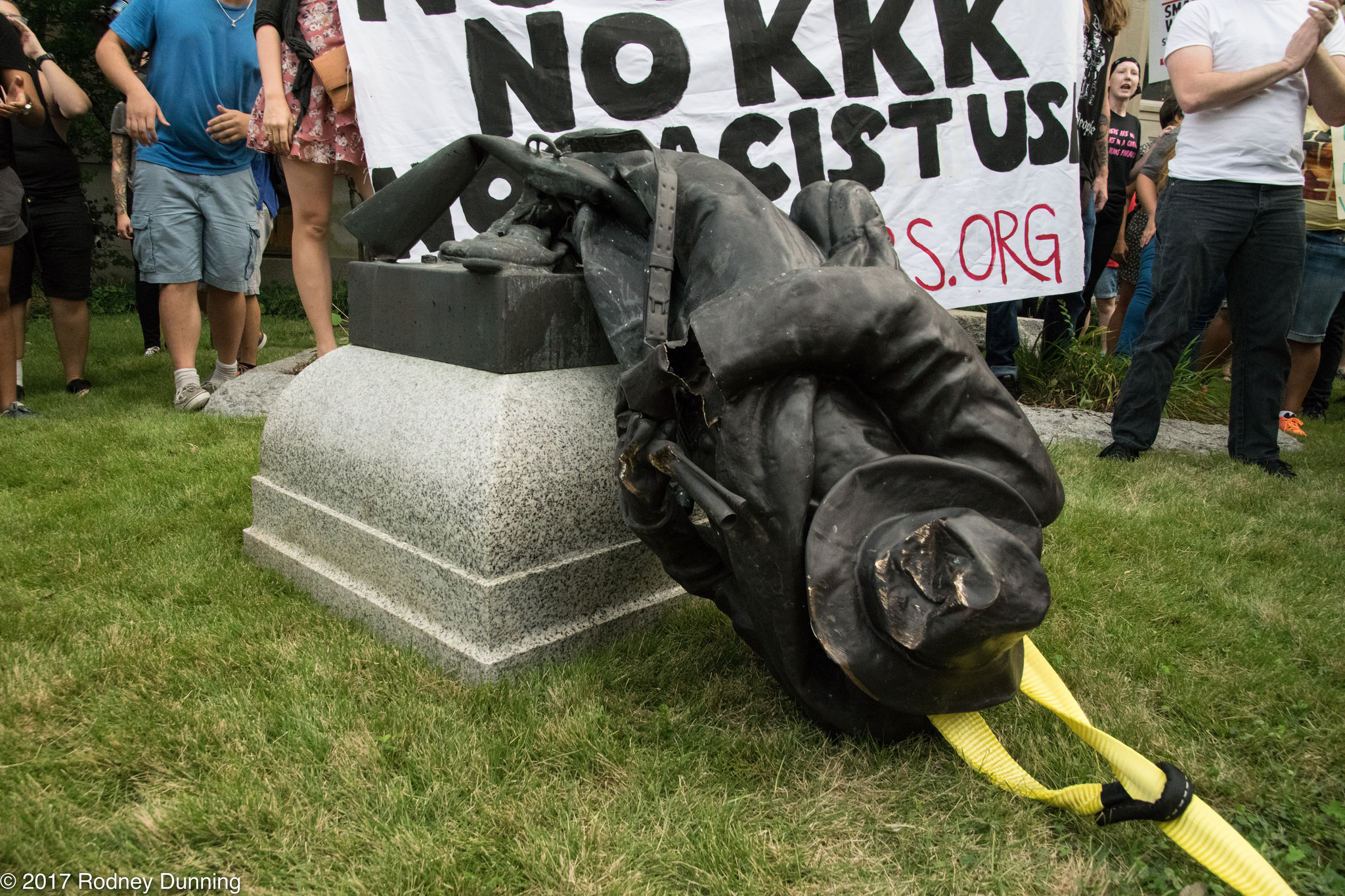 By Adam Sanchez
As a history teacher, there are times when the past reasserts itself with such force that you have to put aside your plans and address the moment. Charlottesville is one of those times. The image of white supremacists openly marching in defense of a Confederate general, viciously beating and murdering those who are protesting their racism — is an image we hoped had died with Jim Crow. That this image is not a relic of the past, is a reality that teachers and students must face.
Continue reading 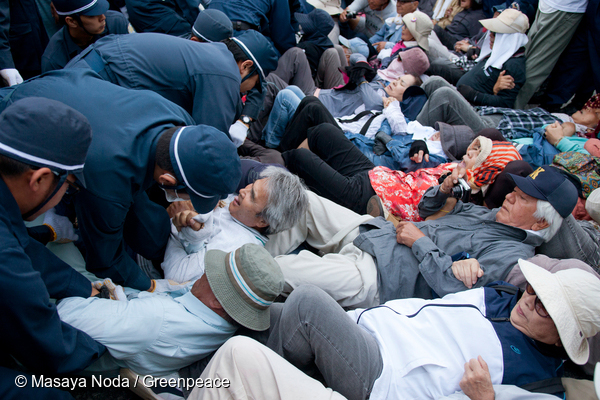 By Moé Yonamine
My family moved to the United States from Okinawa when I was 7. But Okinawa is still home — and I’m hurt and angered at how the United States and Japan continue to treat Okinawa as little more than a colonial outpost. As a teacher, I’m even more dismayed at how the conventional school curriculum keeps young people in this country ignorant about the abuse, but also about the resistance, in my home islands.
Continue reading

By Adam Sanchez and Jesse Hagopian
Black Panther Party history holds vital lessons for today’s movement to confront racism and police violence, yet textbooks either misrepresent or minimize the significance of the Black Panthers.

This local organizing that Panthers engaged in has been erased in the textbooks, yet it is precisely what won them such widespread support. Armed with a revolutionary socialist ideology, as the Panthers grew, so did what they organized around. They fought in Black communities across the nation for giving the poor access to decent housing, health care, education, and much more.
Continue reading 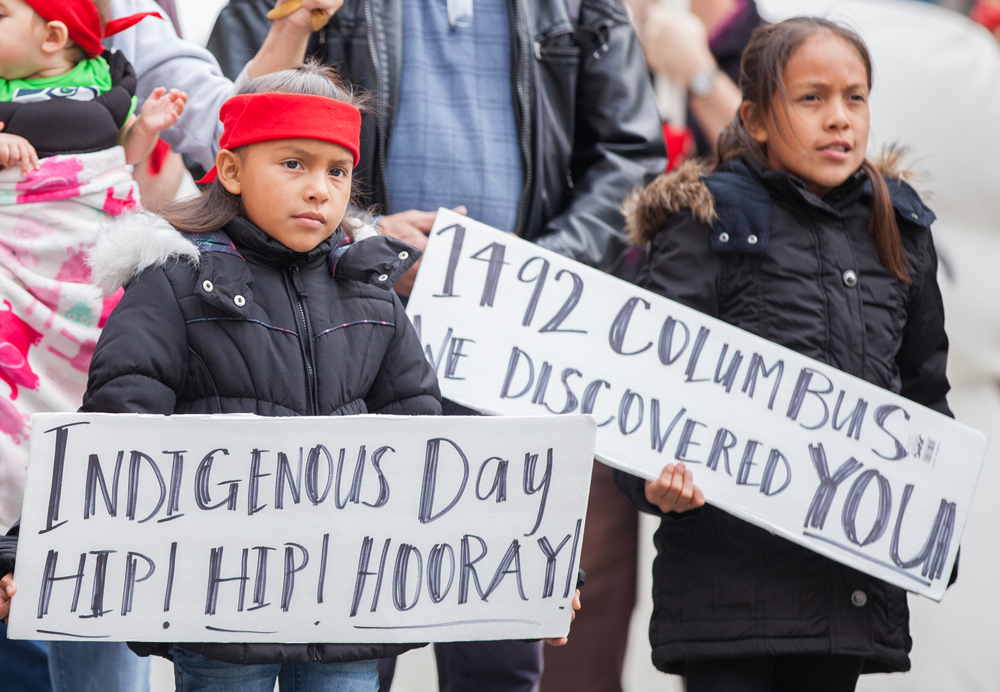 By Bill Bigelow
The movement to abolish Columbus Day and to establish in its place Indigenous Peoples' Day continues to gather strength, as every month new school districts and colleges take action. This campaign has been given new momentum as Indigenous peoples throughout the Americas assert their treaty and human rights. Especially notable is the inspiring struggle in North Dakota to stop the toxic Dakota Access Pipeline, led by the Standing Rock Sioux.

The “bulldozing” of Indigenous lives, Indigenous lands, and Indigenous rights all began with Columbus’s invasion in 1492.
Continue reading 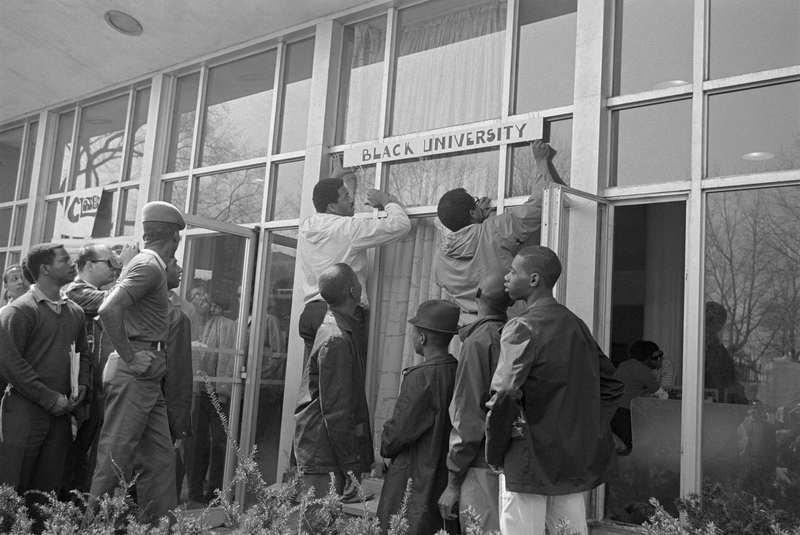 By Adam Sanchez
Fifty years ago this week, Student Nonviolent Coordinating Committee chairperson Stokely Carmichael made the famous call for “Black Power.” Carmichael’s speech came in the midst of the “March Against Fear,” a walk from Memphis, Tennessee, to Jackson, Mississippi, to encourage African Americans to use their newly won right to vote. But while almost every middle and high school student learns about the Civil Rights Movement, they rarely learn about this march — or the related struggles that continued long after the Voting Rights Act.
Continue reading

By Ursula Wolfe-Rocca
On March 8, 1971—while Muhammad Ali was fighting Joe Frazier at Madison Square Garden, and as millions sat glued to their TVs watching the bout unfold—a group of peace activists broke into an FBI office in Media, Pennsylvania, and stole every document they could find.

Delivered to the press, these documents revealed an FBI conspiracy—known as COINTELPRO—to disrupt and destroy a wide range of protest groups, including the Black freedom movement. The break-in, and the government treachery it revealed, is a chapter of our not-so-distant past that all high school students—and all the rest of us—should learn, yet one that history textbooks continue to ignore.
Continue reading

By Bill Bigelow
Once again this year many schools will pause to commemorate Christopher Columbus. Given everything we know about who Columbus was and what he launched in the Americas, this needs to stop. Columbus initiated the trans-Atlantic slave trade, in early February 1494, first sending several dozen enslaved Taínos to Spain. Columbus described those he enslaved as “well made and of very good intelligence,” and recommended to King Ferdinand and Queen Isabella that taxing slave shipments could help pay for supplies needed in the Indies.
Continue reading