When Tyus crossed the finish line, few noticed that she was out of uniform: she had traded her white Team USA shorts for black shorts to signify her participation in the Olympic Project for Human Rights (OPHR), an athlete-organized movement protesting apartheid in South Africa, anti-Black racism in the United States, and, most immediately, the massacre of Mexican student demonstrators in Tlatelolco’s Plaza de las Tres Culturas just two weeks earlier, among other worldwide human rights violations. The next day, Tommie Smith and John Carlos would stage their OPHR protest, raising their black-gloved fists as they stood on the medal stand. Some have suggested that Smith and Carlos’s protest was the reason that Tyus’s first-in-the-world accomplishment — not to mention her contribution to the OPHR — received little attention. But in her memoir, Tigerbelle: The Wyomia Tyus Story, Tyus points to an alternative explanation: “It’s either that,” she observes, “or the fact that I’m a Black woman.” And Tyus wasn’t finished making history.

On October 20, 1968, Tyus and her teammates Margaret Bailes, Barbara Ferrell, and Mildrette Netter won the gold for the 4×100 relay, breaking another World Record with a time of 42.88. With Wyomia as their spokesperson, the relay team dedicated their win to Smith and Carlos, who at that point had been hounded out of Olympic Village and threatened with being stripped of their medals. When asked if she considered the possible consequences of her action, Tyus notes that she did, but, at the time, she didn’t really care: Wyomia Tyus was born and raised in Griffin, Georgia. She attended Tennessee State University in Nashville and ran under the tutelage of the visionary coach Ed Temple as a member of the Tigerbelles Women’s Track and Field team until she earned her BA in 1968 — one of 8 percent of U.S. women — not Black women, but women — to do so. A four-time Olympic medalist, the holder of multiple world records, and winner of many Amateur Athletic Union championships, Tyus’s support for the Olympic Project for Human Rights during the 1968 Olympics was part of her effort to promote justice for oppressed people around the world. As a founding member of the Women’s Sports Foundation, she continues to advocate for women’s equality in sports to this day.

Elizabeth Terzakis teaches English and creative writing at a community college in Northern California and has published articles on the global AIDS crisis, education, free speech, human nature, and capital punishment. She is the co-author of the book Tigerbelle: The Wyomia Tyus Story.

Watch a video clip of Wyomia Tyus retaining the Olympic 100m Title at the 1968 Mexico Olympics. 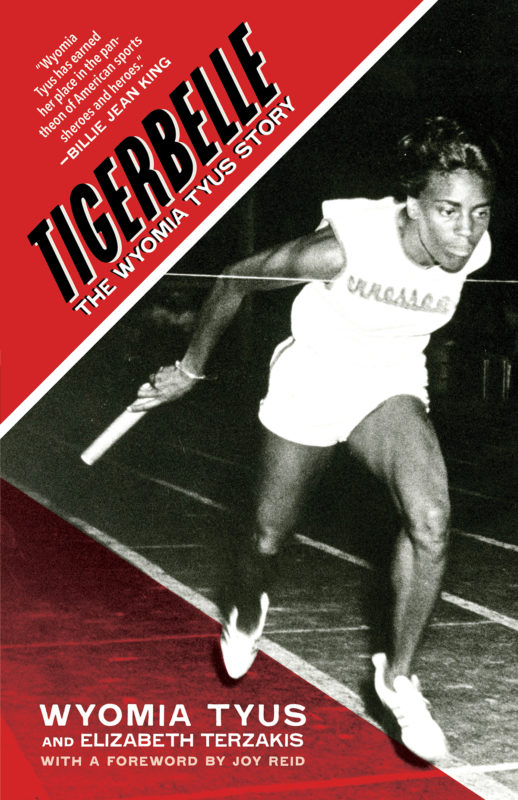 Book — Non-fiction. By Wyomia Tyus and Elizabeth Terzakis. 2018. 288 pages.
A young adult sports history that chronicles the life of Wyomia Tyus, the daughter of a tenant dairy farmer, who became the first person to win gold medals in the 100-meter sprint in two consecutive Olympic Games. 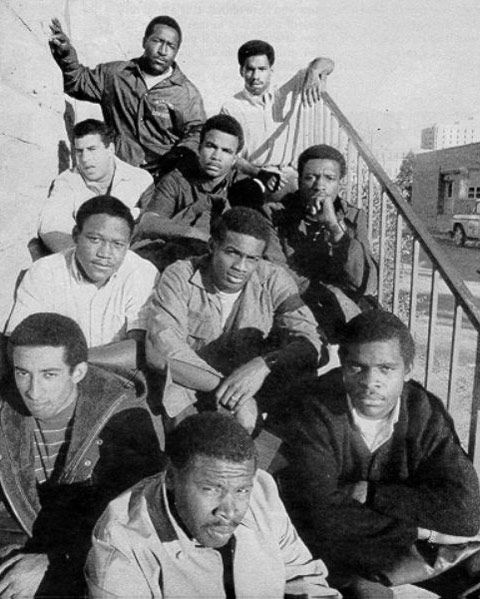 Fourteen Black football players at the University of Wyoming were fired when their coach learned they wanted to wear black armbands during a game against Brigham Young University.