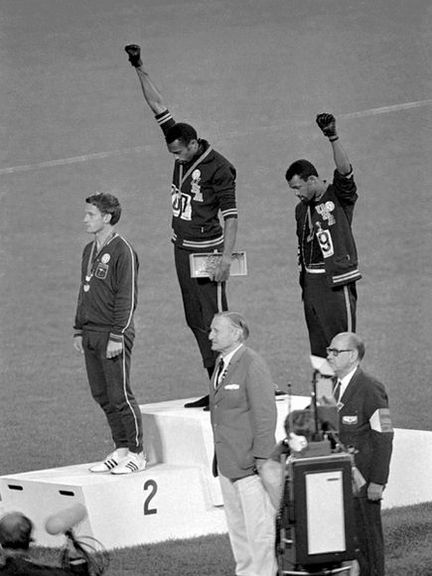 On Oct. 16, 1968 during medal presentations at the 1968 Summer Olympic Games in Mexico City, winning sprinters Tommie Smith and John Carlos raised their black-gloved fists while the U.S. national anthem was played.

Australian Peter Norman wore an Olympic Project for Human Rights pin, and stood in solidarity with their protest. Smith and Carlos were suspended from the team by the U.S. Olympic Committee two days later.

The media — and school curricula — fail to address the context that produced Smith and Carlos’ famous gesture of resistance: It was the product of what was called “The Revolt of the Black Athlete.”  Continue reading “Fists of Freedom: An Olympic Story Not Taught in School.“