On October 17, the Zinn Education Project hosted author Ashley Farmer in conversation with Cierra Kaler-Jones about Queen Mother Audley Moore (1898–1997), one of the most influential activists and thinkers of the 20th century about Black Nationalism and reparations.

This class, part of our Teach the Black Freedom Struggle series, was an eye-opener for most participants. In a poll at the session opening, we found that 67% had never heard of Queen Mother Moore, while 15% had heard her name, but knew nothing about her. In another poll, we learned that only 6% of the participants had taught in-depth about reparations.

Here are a few reactions from participants who joined in from across the country:

I really loved learning about the history of Queen Mother Audley Moore and the way that she paved the way for the modern reparations movement.

I loved the stories (of course), but I also appreciated the peek into the professor’s classroom and the ways that students can change as they grow and the way they can practice new ideas of freedom.

In a breakout room, one teacher shared that at her school the teaching of Black history stops at slavery. Conversations about reparations are so important in these educational contexts. Cierra Kaler-Jones’ introduction of the power of narrative work furthered this conversation in the way that we must question “who is asking us to see history in this particular way?” I found the intersection of narrative work, critical history, and truth telling empowering.

Black women’s freedom dreams, like Queen Mother Moore’s, are often more expansive than their peers and can inspire us today. Each of us doing our part can lead to dramatic and needed changes.

The storytelling and anecdotes from Queen Mother Moore’s life were great — her childhood, the time she spent with Malcolm X, and her experiences with Marcus Garvey. The breakout room was great too — I love how the Zinn Education Project brings together educators from all over the country!

Check out the recording of the full session, except for the breakout rooms.

This three-minute audio excerpt describes the role of Queen Mother Moore in popularizing the demand for reparations.

The most important thing I learned today was Queen Mother Moore’s relentless support of Black Nationalism during the height of the Civil Rights Movement, highlighting the breadth of the Black Freedom Movement.

Her depth, her relations with many different people in the Black Freedom Movement (no matter the “side”), her gender politics — just the full force of who she was. I did not know very much at all prior to this.

Talking to students about how we collectively remember the past, and examining who has the power to tell and erase parts of history.

Queen Mother Moore was empowering women while upholding her own gender politics. Rosa Parks and Mother Moore sat in similar spaces and places.

The piece of information that touched me the most — because of my own experiences being surveilled for advocating for Black students — was learning how heavily surveilled Mother Moore was and the fact that she went to the FBI herself to tell them to leave her alone. It touched my spirit and I will carry this information with me forever!

I’m going to look for ways to integrate the teaching of reparations and freedom dreaming in my lessons.

Including the content of unsung heroes like Queen Moore and exercises that give students the critical skills to unpack the dominant narratives are things I’ll take up in my classroom.

With the knowledge I’ve gained I’m going to use a space in the school library to highlight Queen Mother Moore and I’d love to create a list of resources for students, staff, and families to look at once I do my own research.

I will continue to learn about “controversial” figures, and include their stories as ones worthy of telling, even if the story is complex. Including these names and narratives is critical for expanding awareness in our children, that other possibilities for how to be have and still do exist.

I will be working to incorporate these resources into my curriculum. Additionally, I loved the insight of historical people not being heroes. Instead they are people who had a set of choices and chose the admirable ones.

Ashley Farmer is an associate professor in the Departments of History and African and African Diaspora Studies at the University of Texas at Austin. Her book, Remaking Black Power: How Black Women Transformed an Era, is a comprehensive study of Black women’s intellectual production and activism in the Black Power era. She is also the co-editor of New Perspectives on the Black Intellectual Tradition, an anthology that examines central themes within the Black intellectual tradition. Her forthcoming book is Queen Mother Audley Moore: Mother of Black Nationalism.

Cierra Kaler-Jones is a social justice educator, writer, and researcher based in Washington, D.C. Her research explores how Black girls use arts-based practices as mechanisms for identity construction and resistance. She is the director of storytelling at the Communities for Just Schools Fund. 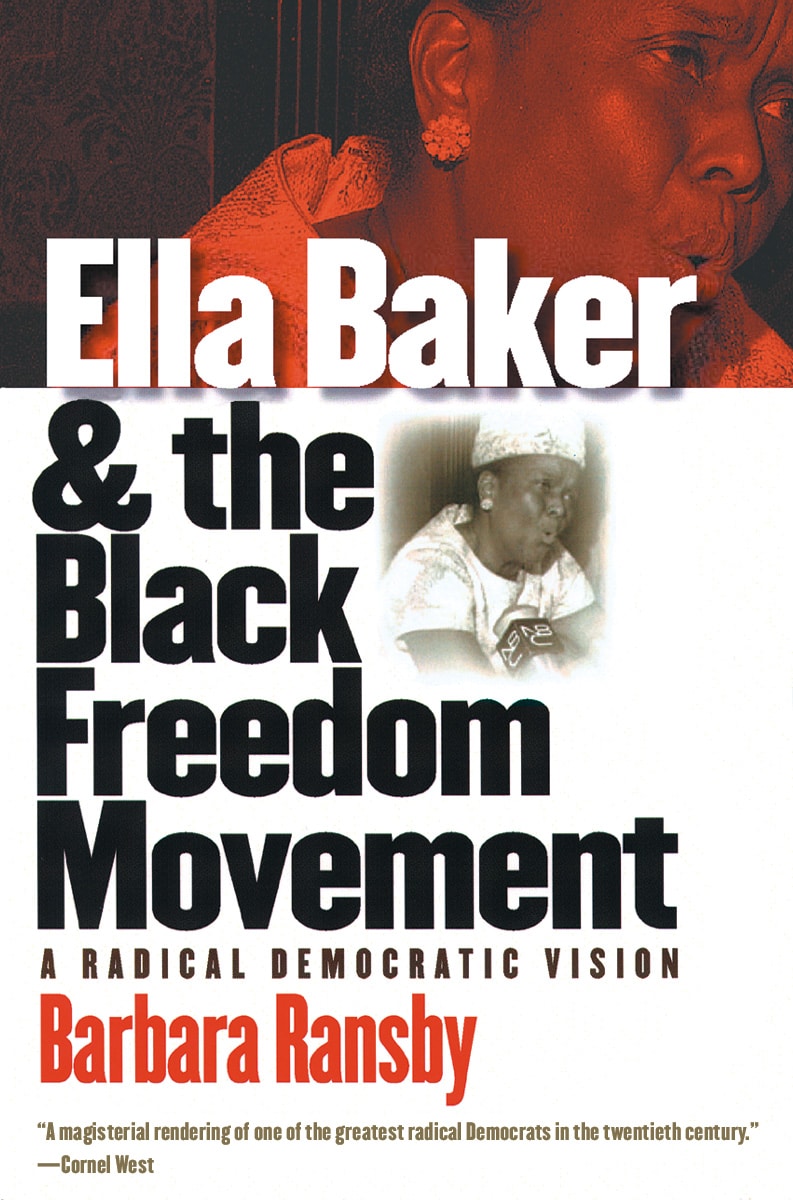 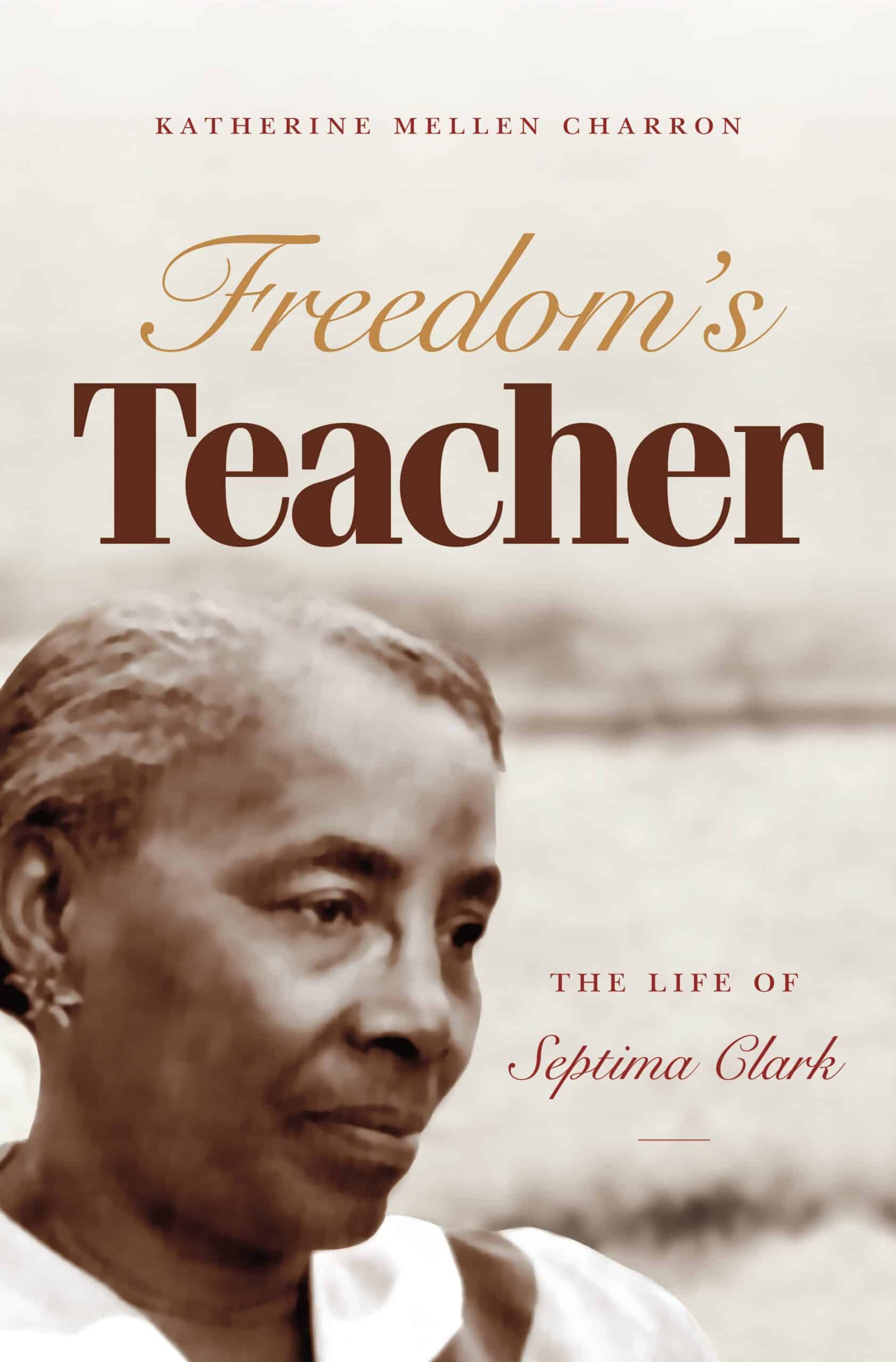 Book — Non-fiction. By Katherine Mellen Charron. 2009. 480 pages.
Biography of Septima Clark who played a major role in the Civil Rights Movement through education. 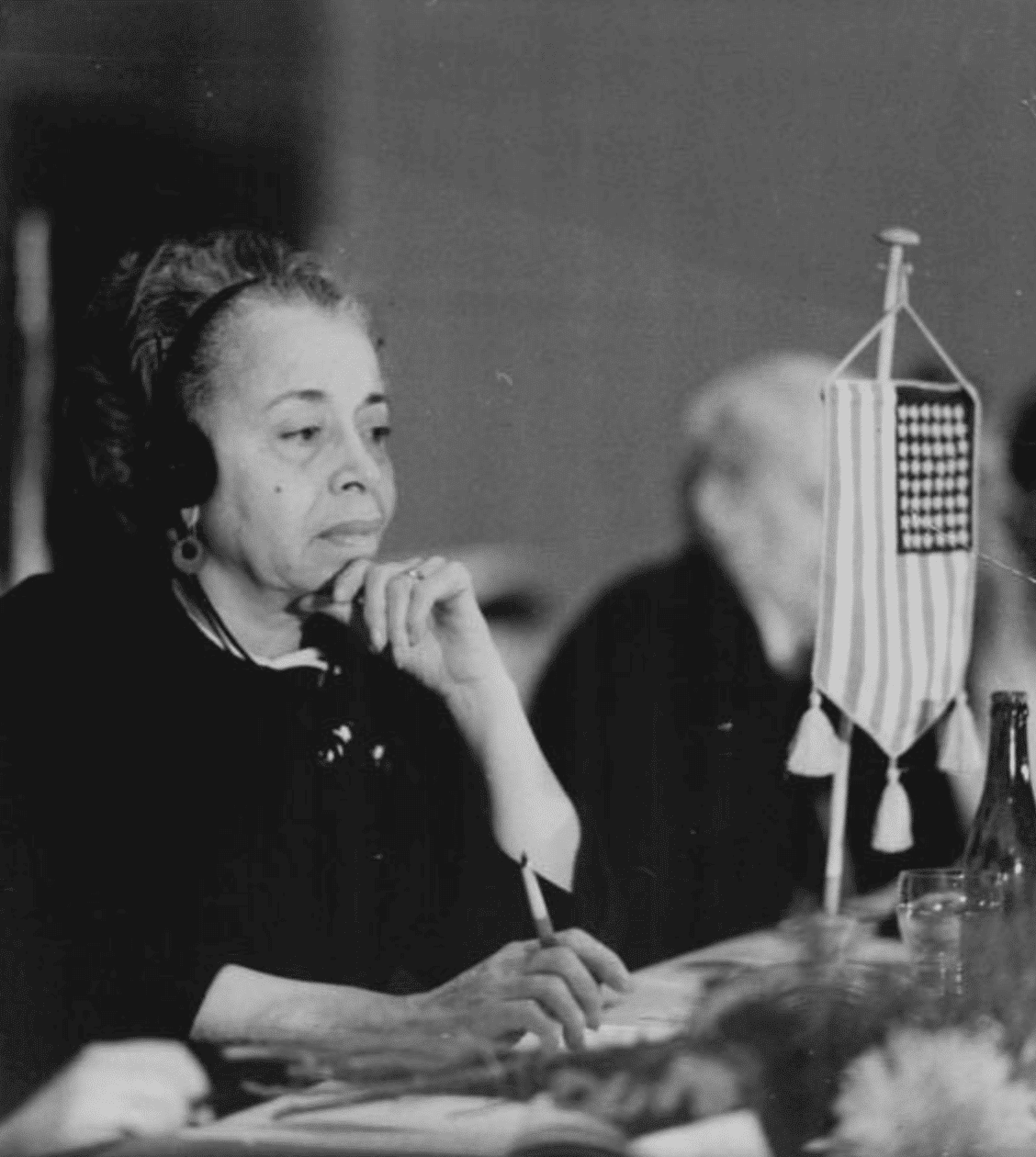