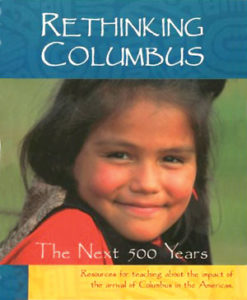 Why rethink Christopher Columbus? Because the Columbus myth is a foundation of children’s beliefs about society. Columbus is often a child’s first lesson about encounters between different cultures and races. The murky legend of a brave adventurer tells children whose version of history to accept, and whose to ignore. It says nothing about the brutality of the European invasion of North America.

We need to listen to a wider range of voices. We need to hear from those whose lands and rights were taken away by those who “discovered” them. Their stories, too often suppressed, tell of of 500 years of courageous struggle, and the lasting wisdom of native peoples. Understanding what really happened to them in 1492 is key to understanding why people suffer the same injustices today.

More than 80 essays, poems, interviews, historical vignettes, and lesson plans reevaluate the myth of Columbus and issues of indigenous rights. Rethinking Columbus is packed with useful teaching ideas for kindergarten through college.

View the Table of Contents online.

The original edition made educational history by introducing a startling new view of Columbus . . . In the revised edition we get even richer material, a marvelous compendium of history, literature, original sources, commentary . . . an exciting treasure for teachers, students, and the general public. — Howard Zinn

Our Creator gave each of us two ears. Thus we have the ability to listen to both sides. Since its first publication, Rethinking Columbus has been a valuable resource for librarians, teachers, and all those interested in using both of their ears to hear this complex story. The good news about the second edition is that it remains just as readable and interesting while adding much new material. This is truly a book that deserves (and needs) to be in every school library. — Joseph Bruchac (Abenaki), editor of the Greenfield Review 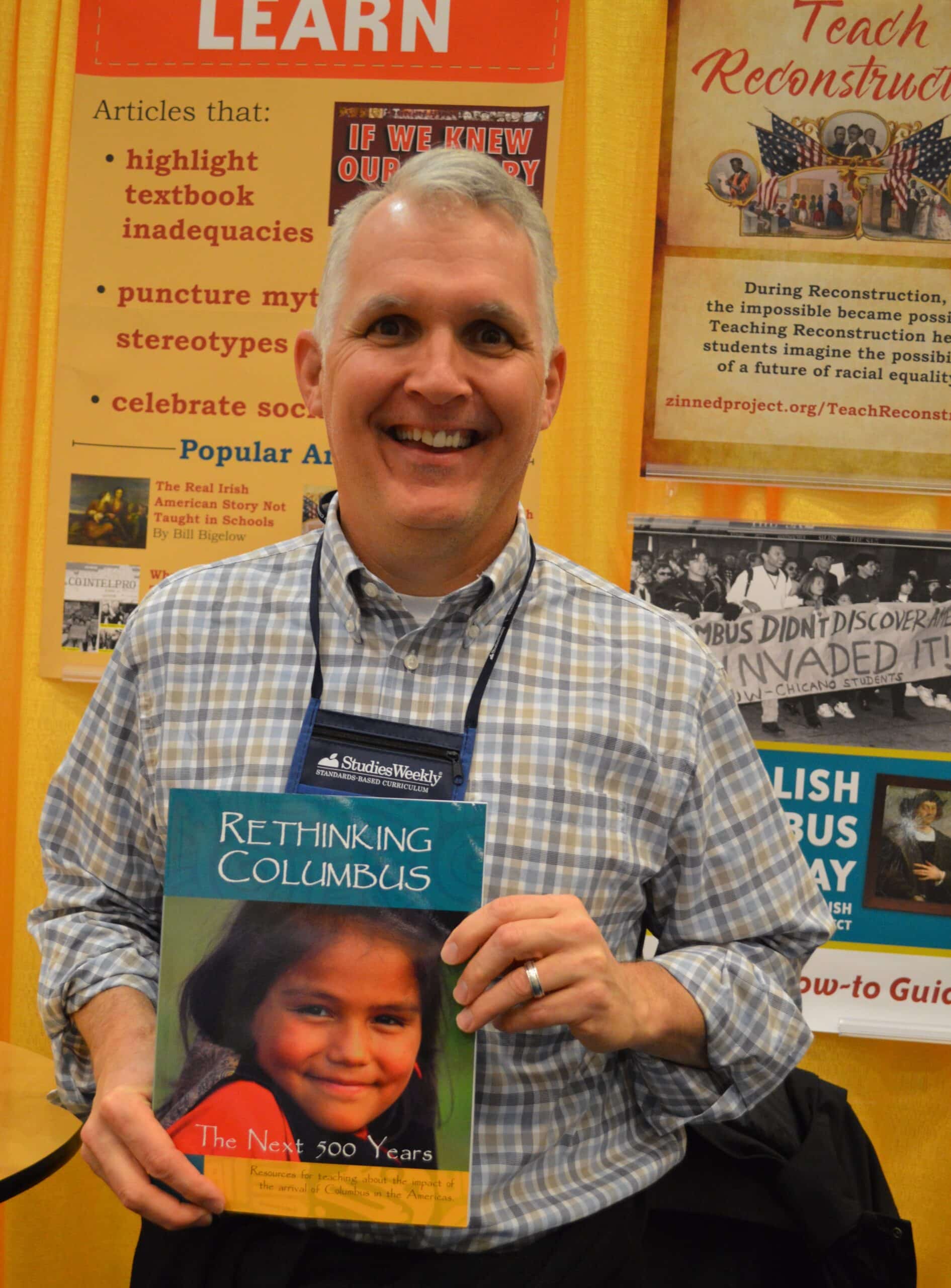 The material on Columbus has helped my students become better thinkers.

Teaching Activity. By Bill Bigelow. 9 pages. Rethinking Schools. A trial role play asks students to determine who is responsible for the death of millions of Taínos on the island of Hispaniola in the late 15th century.

Film. By Paul Puglisi. 2017. 89 min.
Documentary on the symbol of Columbus in the United States and the campaign for Indigenous Peoples' Day.

Film. Written, directed, and produced by Nick Kaufman. 1992. 23 minutes. Contrasting views and scenes from the classroom on teaching about Columbus.