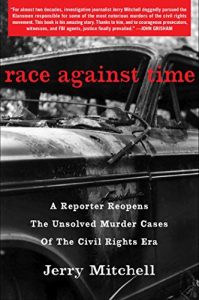 In Race Against Time, Jerry Mitchell takes readers on the twisting, pulse-racing road that led to the reopening of four of the most infamous killings from the days of the Civil Rights Movement, decades after the fact. His work played a central role in bringing killers to justice for the assassination of Medgar Evers, the firebombing of Vernon Dahmer, the 16th Street Church bombing in Birmingham, and the Mississippi Burning case.

Mitchell reveals how he unearthed secret documents, found long-lost suspects and witnesses, building up evidence strong enough to take on the Klan. He takes us into every harrowing scene along the way, as when Mitchell goes into the lion’s den, meeting one-on-one with the very murderers he is seeking to catch. His efforts have put four leading Klansmen behind bars, years after they thought they had gotten away with murder.

Mitchell has been a reporter in Mississippi since 1986. A winner of more than 30 national awards, Mitchell is the founder of the Mississippi Center for Investigative Reporting. The nonprofit is continuing his work of exposing injustices and raising up a new generation of investigative reporters. [Publisher’s description.] 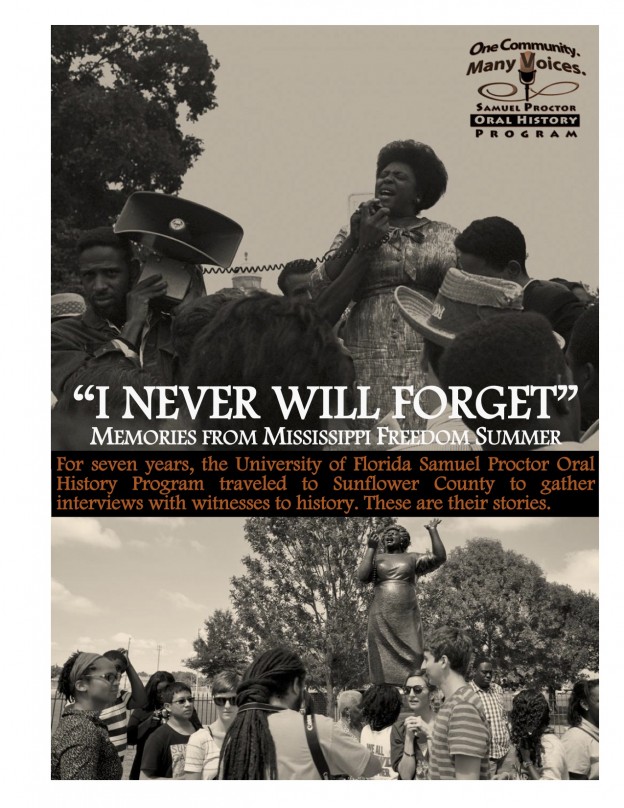 Memories From Mississippi Freedom Summer: “I Never Will Forget”

Book — Non-fiction. Edited by Sarah Blanc. 2014. 115 pages.
A collection of interviews conducted by the Samuel Proctor Oral History Program over seven years in Sunflower County, Mississippi. The stories provide a powerful first person introduction to the history of the Mississippi Civl Rights Movement.