The Behind the Veil Oral History Project 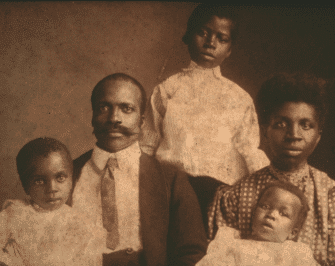 was undertaken by Duke University’s Center for Documentary Studies from 1993 to 1995. The primary purpose of this documentary project was to record and preserve the living memory of African American life during the age of legal segregation in the American South, from the 1890s to the 1950s.

The record was collected by teams of researchers conducting oral history interviews with more than one thousand elderly black southerners who remembered that period of legal segregation. The tapes and selected transcripts of the 1,260 interviews in this collection capture the vivid personalities, poignant personal stories, and behind-the-scenes decision-making that bring to life the African American experience in the South during the late-19th to the mid-20th century. It is the largest single collection of Jim Crow oral histories in the world.

Four hundred and ten of the 1,260 interviews have been digitized and made available on this site totaling about 725 hours of recorded audio. One hundred and sixty-five of the interviews include transcripts comprising more than 15,000 pages of text. 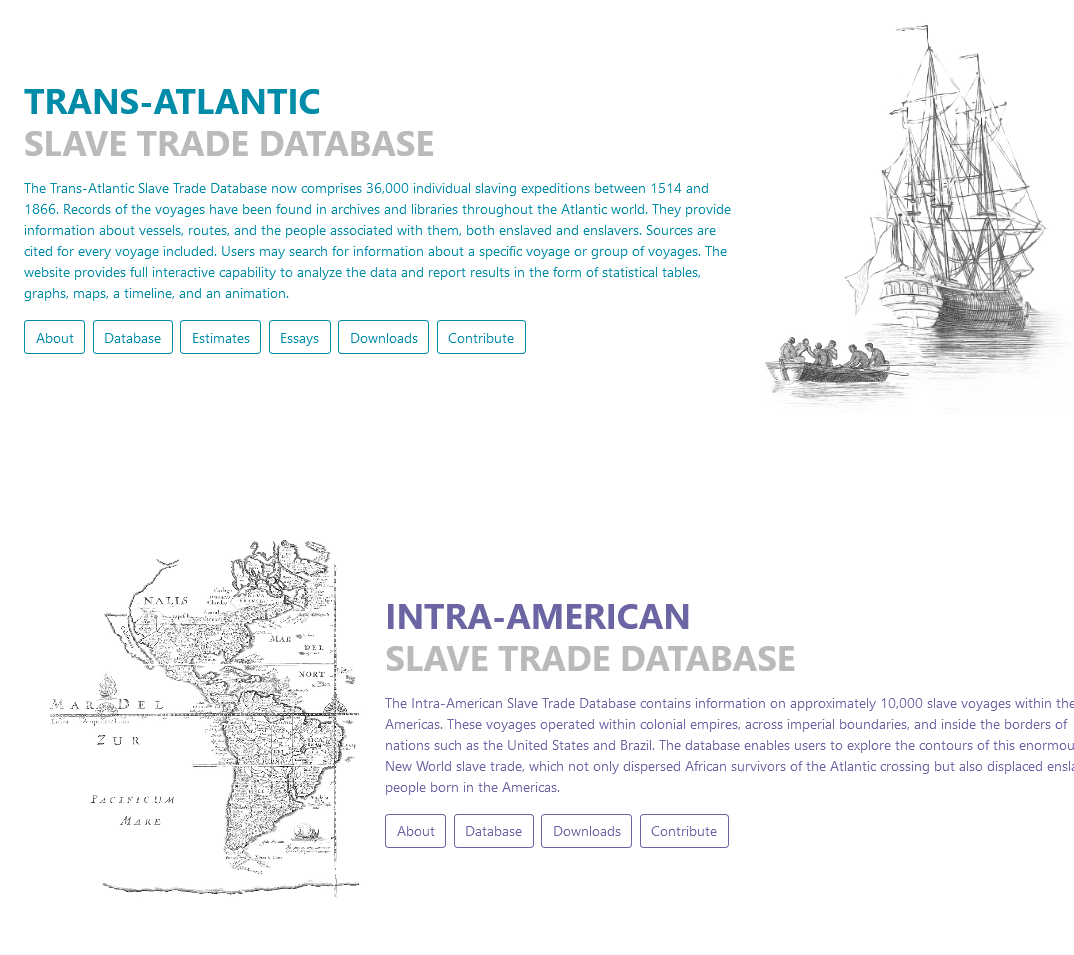 Digital collection. Through this website, over 130,000 voyages made in the Trans-Atlantic and Intra-American slave trade can be searched, filtered, and sorted by variables including the port of origin, the number of enslaved Africans on board, and the ship's name.

Digital collection. Center for the study and promotion of the histories and cultures of peoples of African descent.