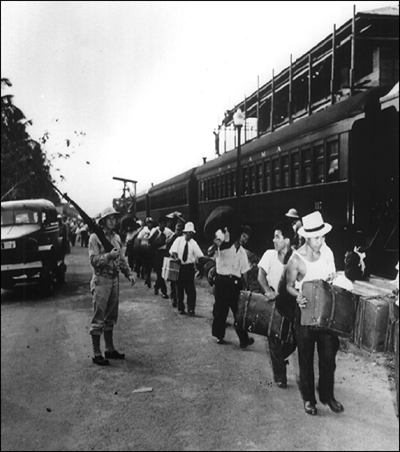 “No, they’re Asians with name tags.”

And then a student in a quiet voice walked by me slowly and muttered, “I think something really bad is happening to them.”

My students at Roosevelt High School in Portland, Oregon — one of the state’s most racially diverse schools — studied each black and white photo posted around the room, inspecting the background and the facial expressions; confused, anxious, frustrated. They began a journey to uncover the hidden story of the Japanese Latin American removal, internment, and deportation during World War II.

Most U.S. history textbooks now acknowledge that beginning in 1942, the U.S. government rounded up more than 110,000 people of Japanese descent — even those who were U.S. citizens — and sent them to internment camps. What the textbooks fail to include is that the United States demanded that Latin American governments do the same thing, and turn over their own internees to U.S. authorities — and that these internees went on to become refugees with no country to call home.

Even before Pearl Harbor, in October 1941, the U.S. government initiated plans to construct an internment camp near the Panama Canal Zone for Japanese Latin Americans. The United States targeted people it deemed security threats and pressured Latin American governments to round them up and turn them over. Beginning in 1942, 13 Latin American governments arrested more than 2,300 people of Japanese descent in their countries — largely from Peru — including teachers, farmers, barbers, and businessmen. The U.S. government transported these individuals from Panama to internment camps in the United States, confiscating passports and visas. Most remained in the camps until the end of the war, when the government deemed them “illegal aliens.” Meanwhile, the Peruvian government refused to readmit any of its citizens of Japanese origin, thus hundreds were deported to Japan. 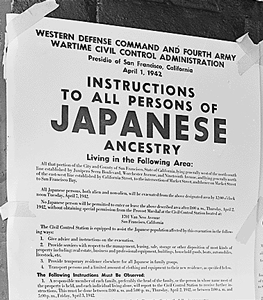 Asian Pacific American Heritage Month is a good opportunity for teachers — and all the rest of us — to explore important untold stories like this one.

I learned this history by coincidence 14 years ago. I was on a bus from Portland to Tule Lake, California, site of one of the largest Japanese American incarceration camps. My former middle school teacher, who had first taught me the history of Japanese American internment, had asked me to join her on this pilgrimage, which included hundreds of survivors. “I am from Japan,” the elder sitting next to me said in Japanese. “But I am originally from Peru.” An elder sitting in front of us turned around and said in English, “He looks very familiar.” As I translated their conversation, it came out that they were both young boys interned at Tule Lake. “I know him!” said the Japanese American elder. “He was my friend!” Grabbing the Peruvian man’s hand and shaking it firmly, he explained that they played baseball together often but that one day his friend disappeared. His friend spoke Spanish, so he could never ask him what he was doing in the camp. The Peruvian Japanese elder’s face beamed with joy as the two continued to shake hands, not letting go. “I am so glad you are safe,” he said.

As I absorbed this moment between the two long-ago friends, I was struck with joy and at the same time, anger. How could this be that through all of my education there was never even a mention of this?

I remembered elderly people I knew and loved in my home island of Okinawa. These elders were Okinawan by ethnicity but spoke Spanish. I remember that some of them told about their childhood days in Peru. Could they too have survived such a past?

From subsequent research, I discovered that large numbers of Okinawans migrated to South America beginning in the late 1800s as the once-sovereign Ryukyu island chain was brought under Japanese control. By World War II, the majority of immigrants to Peru were Okinawan. There was also a large group in Brazil. As a result, many families in Okinawa today have relatives from South America including my own, but stories of their migration and their lives thereafter remain largely untold.

My own questions turned into my inquiry as a history teacher. How can I teach my students to imagine the experiences of people from another time and make connections to today? 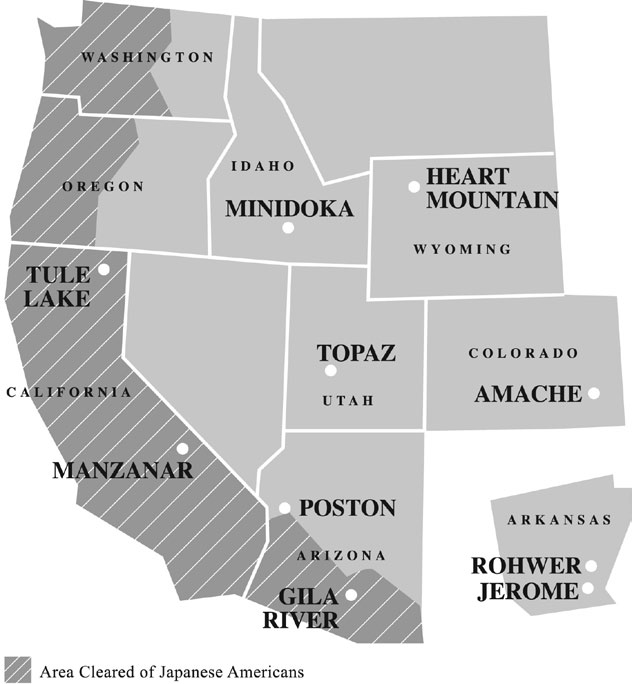 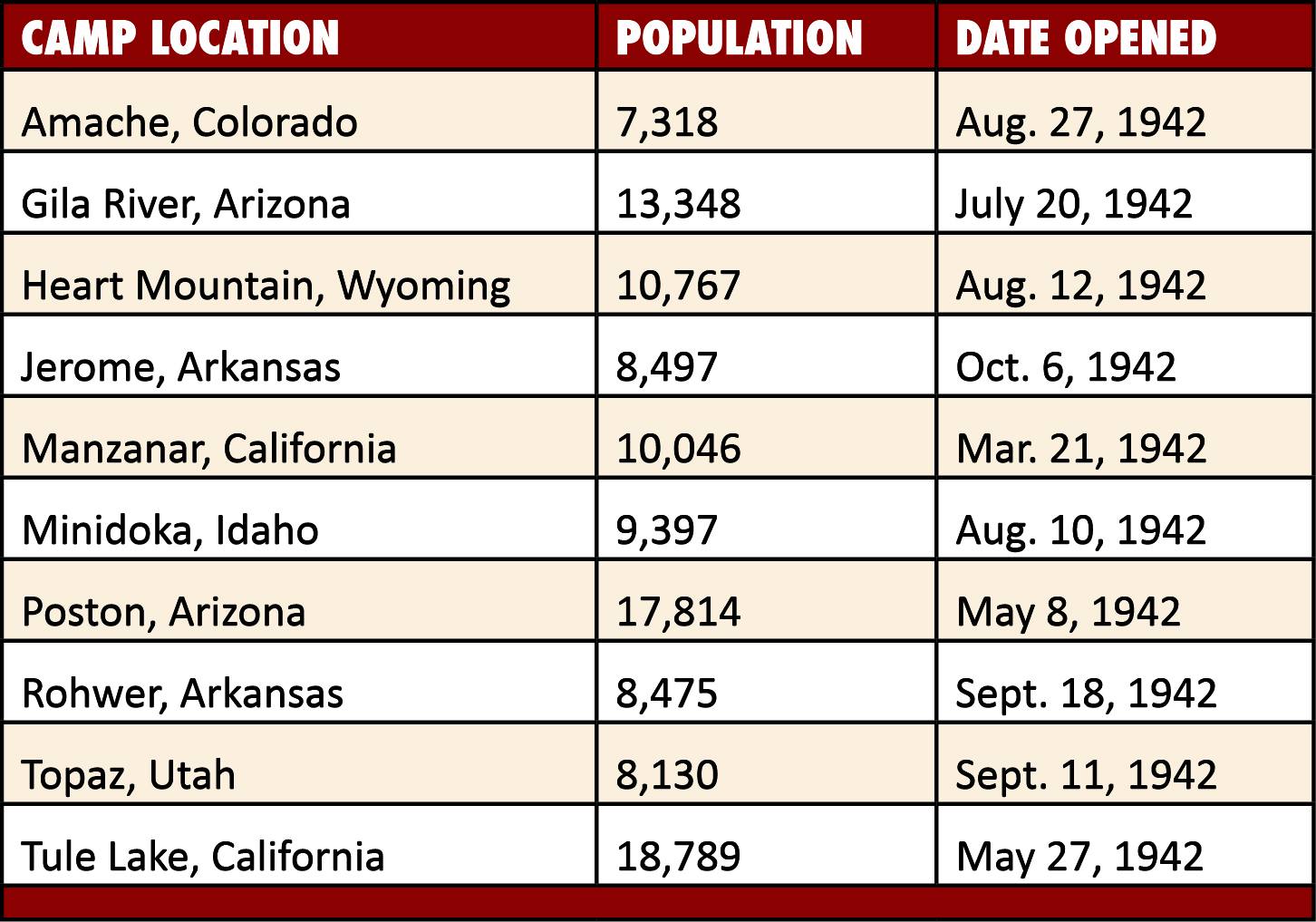 Back in the classroom, as part of our study of the internment of Japanese during World War II, I showed the class a map of the detention centers and incarceration camps. Immediately, students saw Portland on the map and a hush spread through the room.

I walked over to one of the photos posted on the wall and said, “This is the Expo Center.” Shouts of disbelief rang through the room. The Expo Center is in North Portland near our own high school, now used for large community events and cultural festivals. I explained that many people from Portland were affected and the Expo Center was a detention center used to round up Japanese American families from our own area. I developed a role play — included at the Zinn Education Project website — to spark the students’ curiosity.

The students’ job was to represent characters with different perspectives and to present to the Commission on whether or not Japanese Latin Americans should receive redress for their forced removal, internment, and deportation.

In each class, students passionately debated, staying in character. The student judges delivered various decisions but all concluded that this history must be taught. 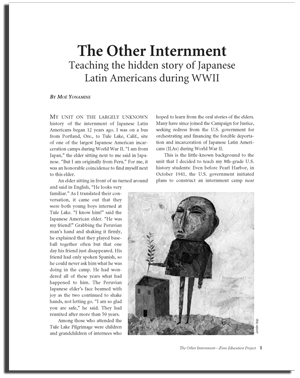 “The Other Internment” teaching activity is available online.

In one class, Nikki said, “How are we supposed to make sure that this doesn’t happen again if we don’t talk about it?” She went on: “If we don’t teach the kids, they’re not going to learn from all of the mistakes that have been done . . . just like with the Native Americans here and the Aboriginal people in Australia.” Joseph, who played a member of the Congressional Judiciary Committee, approached me after class: “It was so hard to have to make the decision . . . This is really people’s lives. You can’t make it all better by any of this. It’s not enough.”

How then do we “undo” injustice? I believe it is through empowering young people to imagine a different world. In my classroom, students filled the room with interruptions and passion to call out the injustice they see and to say how this connects to their own lives. What’s more, they stood up for how it should be; how such acts of racism, hatred, and violence should never occur. Steve stated it best, writing, “We can’t afford not to learn this history and histories like this. It has everything to do with us because injustice is all around us — whether it’s racism or war. . . . The only thing that separates doing the right thing and the wrong thing is learning from the past.”

During this commemorative month to raise awareness of Asian/Pacific Island peoples, I draw hope from my students who are leading the way to unlearn the past and imagine a more just world for all people. 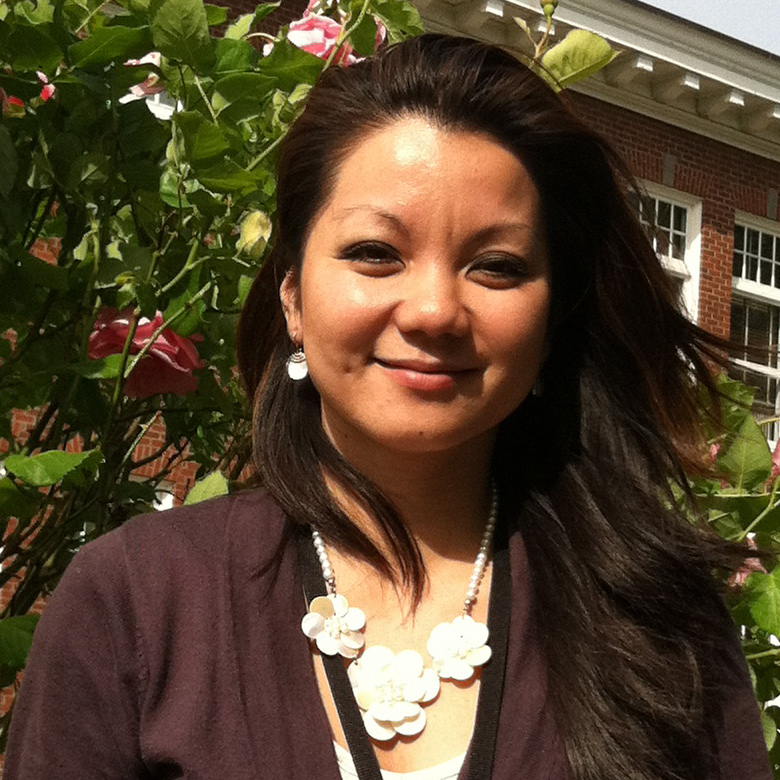 Moé Yonamine was born in Okinawa and moved with her family to the United States when she was seven years old. She teaches in Portland, Oregon and is a Rethinking Schools editorial associate.

For Asian Pacific American Heritage Month (May)—and all year long—we feature 20 Asian Americans and events of note in people’s history. We hope this list serves as an inspiration and starting point for students to do further research.