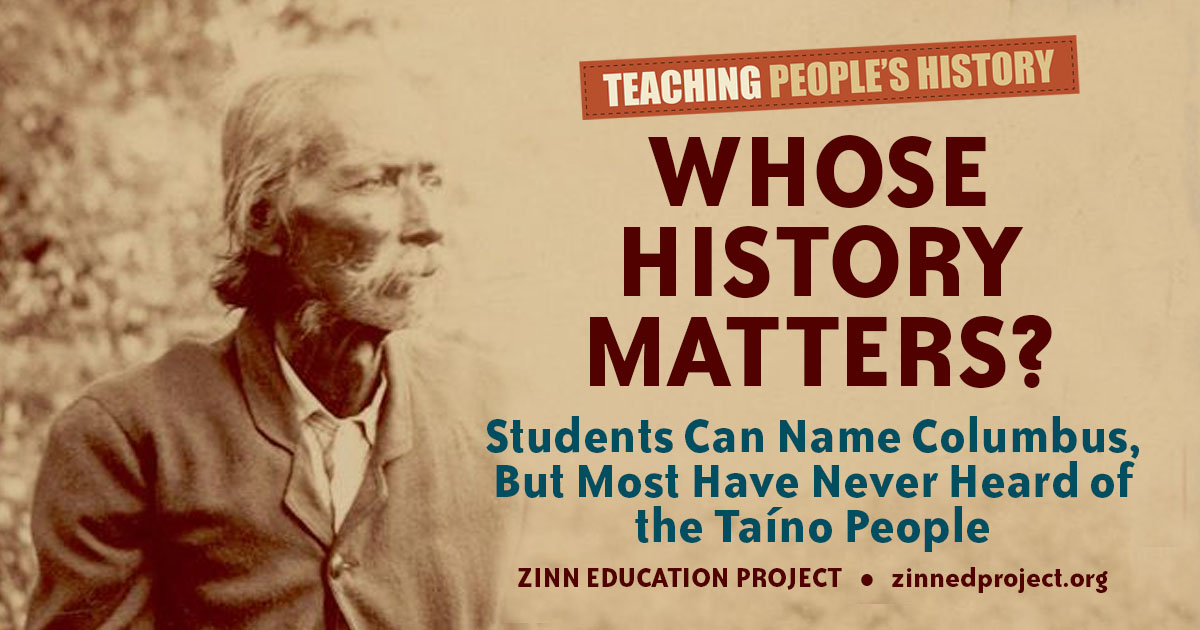 In 30 years of teaching, almost all my high school history students could name the fellow some say “discovered” America: Christopher Columbus. But none could name the people he supposedly discovered: the Taínos.

This erasure of huge swaths of humanity is a fundamental feature of the school curriculum, but also of the broader mainstream political discourse.

Young people, and the rest of us, become inured to the way in which certain people’s lives don’t count, the way in which the world is cleaved in two: between those who matter and those who don’t. The “don’t matter” people are the ones the Uruguayan writer Eduardo Galeano called los nadies, the nobodies — “Who speak no languages, only dialects. Who have no religions, only superstitions. Who have no arts, only crafts.”

Columbus wrote that the Taínos were “the best people in the world” — before he enslaved, colonized, and terrorized them.

As we work to replace Columbus Day with Indigenous Peoples Day in our communities and schools, let’s work to remember the people who were here first. Their lives mattered 500 years ago, and they matter today.

Continue reading: “Whose History Matters? Students Can Name Columbus, But Most Have Never Heard of the Taíno People.”