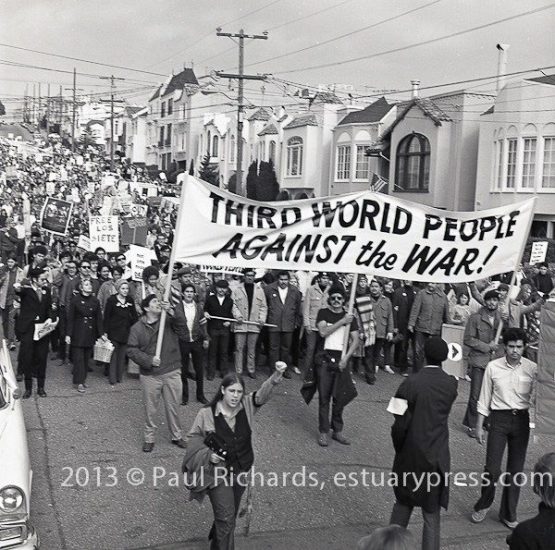 On Saturday, Nov. 15, over 500,000 anti-war activists marched in D.C. and showed up at demonstrations throughout the country and the world. It followed the March Against Death demonstration held on Nov. 14, when people paraded down Pennsylvania Avenue carrying signs with the names of dead U.S. soldiers and names of destroyed Vietnamese towns. The Saturday protest featured a rally at the White House, where demonstrators sang and chanted to demand a peaceful end to the war. 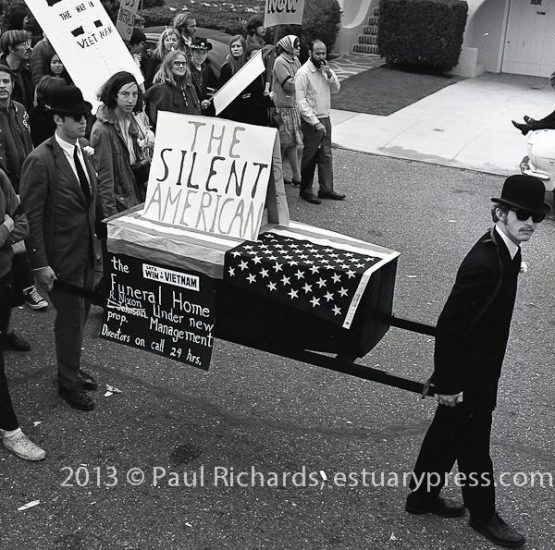 These were not the only moratoriums on the war. Read an eye-witness account of the earlier April 15, 1967 moratorium, by retired high school teacher Kipp Dawson, who was a student at the time.

Share these free downloadable lessons from the Zinn Education Project on the Vietnam War and the anti-war movement. 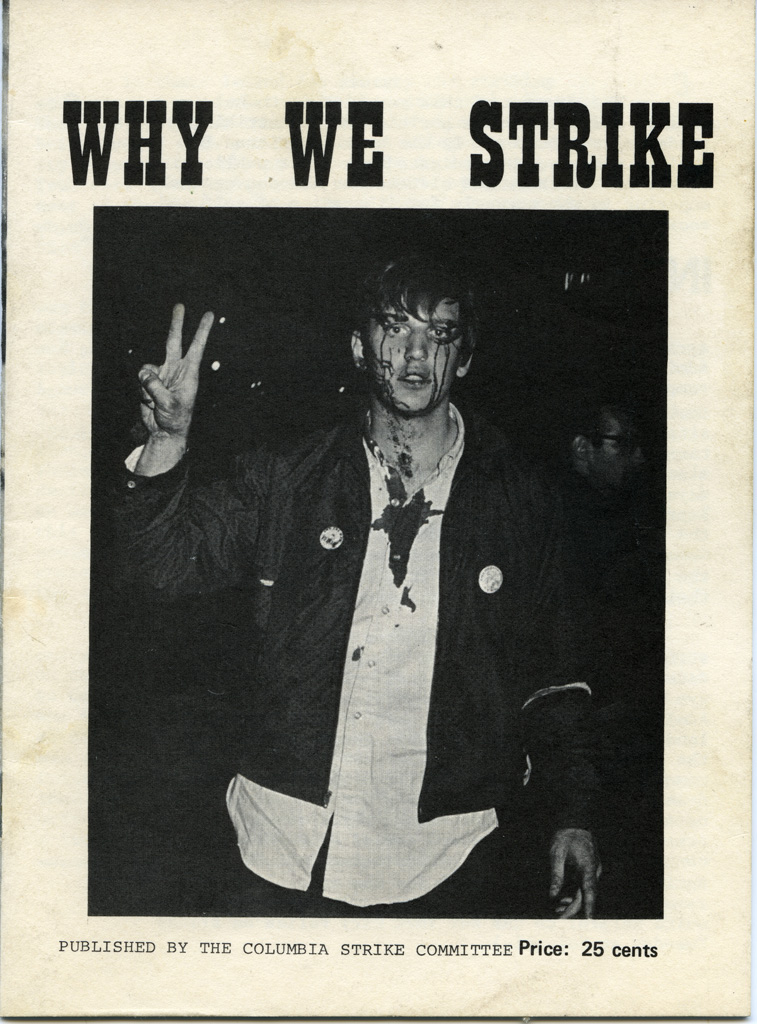