On Sunday, September 28, 1919, a white lynch mob formed after word spread that a white woman, Agnes Loebeck, accused a Black man, Will Brown, of raping her. 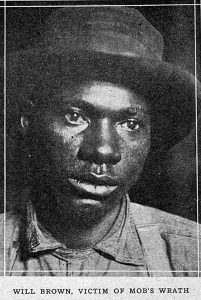 Photo of Will Brown from the “World-Herald,” 1919 Source: Nebraska State Historical Society via NebraskaStudies.org

The news reported that Loebeck and her fiancé alerted the police that they were assaulted on the evening of September 25. Loebeck identified the 41-year-old Will Brown as her attacker after police brought Brown to her home. A lynch mob gathered outside her house and tried to take him, but law enforcement managed to get Brown away from the vigilantes and to the courthouse jail.

The mob did not disperse:

A group of youths gathered in south Omaha and began a march to the Douglas County courthouse. Eventually, thousands of angry people gathered at the courthouse and by evening, the Omaha police and city officials inside the courthouse were virtual prisoners. The size of the crowd was estimated as between 5,000 and 15,000 people. By 8:00 p.m. the mob had begun firing on the courthouse with guns they looted from nearby stores. In that exchange of gunfire, one 16-year-old leader of the mob, and a 34-year-old businessman a block away were killed. By 8:30 the mob had set fire to the building and prevented fire fighters from extinguishing the flames. Inside, Will Brown moaned to Sheriff Mike Clark, “I am innocent, I never did it, my God I am innocent.” (Quoted from a Nebraska Studies article about the lynching)

The mayor tried to reason with the mob, but the white terrorists knocked him out and moved to shoot, hang, and burn Will Brown in full view of the town. The U.S. Army arrived that evening and federal troops suppressed the mob, but they were too late to save Brown.

The Army began to arrest mob ringleaders on the basis of photographs confiscated from the public…Even though photographs identified members of the mob, all of the suspects were eventually released. (Quoted from a Nebraska Studies article about the Army’s involvement)

See the articles published by Nebraska Studies and by Black Past for details about this violent chapter in Omaha history, which was part of a national pattern of white mob violence during 1919 known as Red Summer.

The Longview Riot is one example of white mob violence during the period known as "Red Summer." Photo: Daniel Hoskins at gun repository required by U.S. Marshall. Undermined African Americans' ability to engage in self-defense. 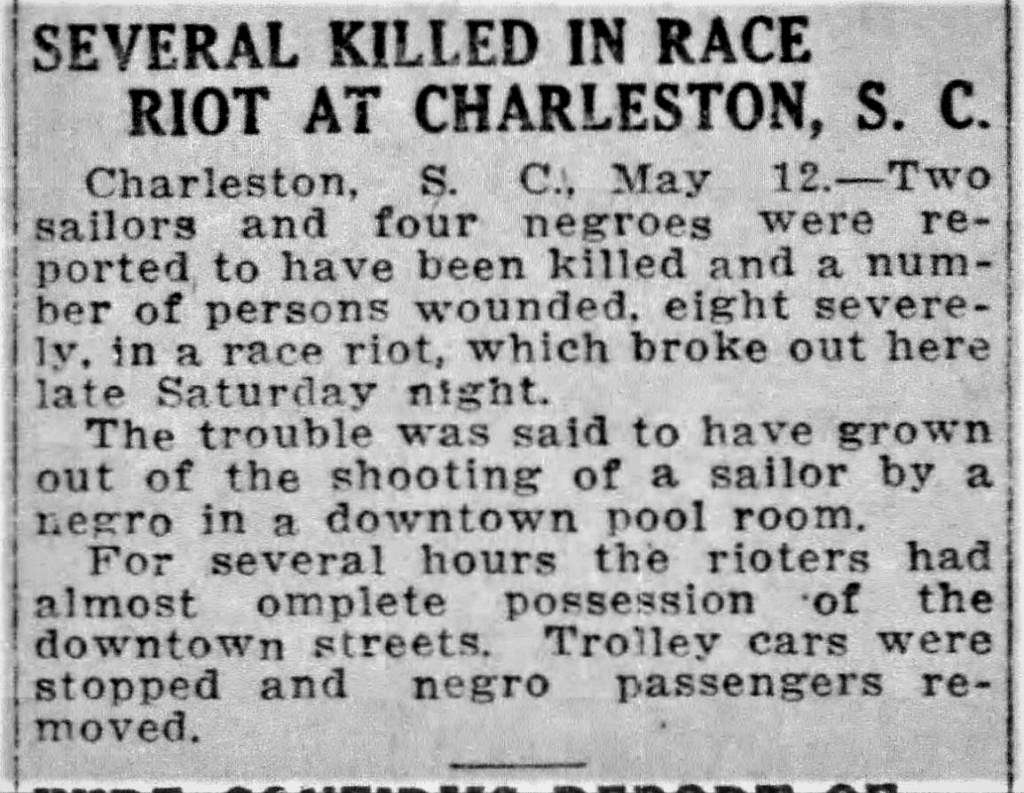