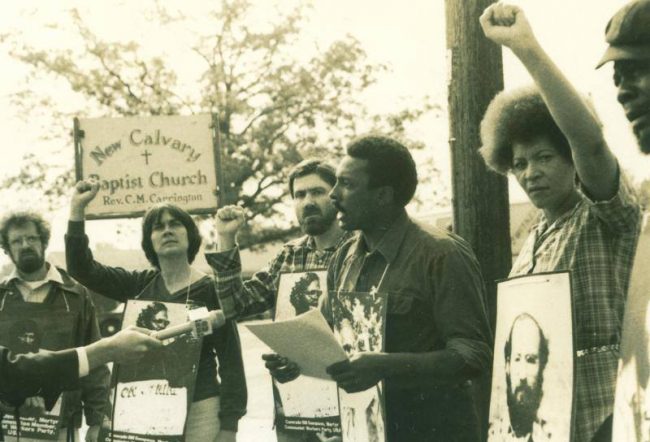 Photo from UMass. If you have info about the date and/or description, please let us know.

On Nov. 3, 1979, five people were killed when the Ku Klux Klan and Nazis fired on an anti-Klan rally in Greensboro, North Carolina. They were:

The police, who had been warned of the potential for trouble, were suspiciously absent at the time of the attack. The Greensboro Truth and Reconciliation Commission was formed in 2004 to investigate the incident, known as the Greensboro Massacre.

Students can compare the message in headlines for the coverage of this story. For example:

Learn more about the history of this event in Teen Vogue, the Greensboro Massacre: Lessons for Today Twitter page, and the video below of an event held on Sept. 28, 2019 at the People’s Forum in New York City. Speakers included survivors of the  Greensboro Massacre Rev. Nelson Johnson, Joyce Johnson, and Paul Bermanzohn who reflected on the forty-year anniversary. The conversation was moderated by Roz Pelles.