Kalief Browder was arrested at the age of 16 for allegedly stealing a backpack weeks before in the Bronx.

Despite no evidence, never being convicted of a crime, nor a trial, Browder was held at Rikers Island for almost three years. For most of that time, he was held in solitary confinement. He was beaten and starved.

He maintained his innocence, requested a trial, but was only offered plea deals while the trial was repeatedly delayed. On principle, he refused to plead guilty.

Eventually he was released from prison, but not from the trauma he had suffered. On June 6, 2015, he committed suicide.

Find resources for below for teaching about incarceration. 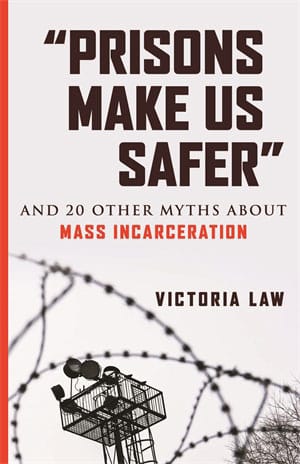 “Prisons Make Us Safer”: And 20 Other Myths about Mass Incarceration

Book — Non-fiction. By Victoria Law. 2021. 240 pages
An accessible guide for activists, educators, and all who are interested in understanding how the prison system oppresses communities and harms individuals.

No Kids in Prison

Website. NoKidsinPrison uses art to model, imagine and advocate for alternatives to youth incarceration by lifting up the voices of youth most impacted by the criminal justice system through art and culture.