On Jan. 9, 1967, Julian Bond was finally sworn in as a member of the Georgia House of Representatives. This was after a two year battle to claim his elected seat.

Following his election in 1965, the Georgia House refused to seat him because of his statements (on behalf of the Student Nonviolent Coordinating Committee) in opposition to the Vietnam War. He was re-elected to his “vacant seat” and the House refused again. 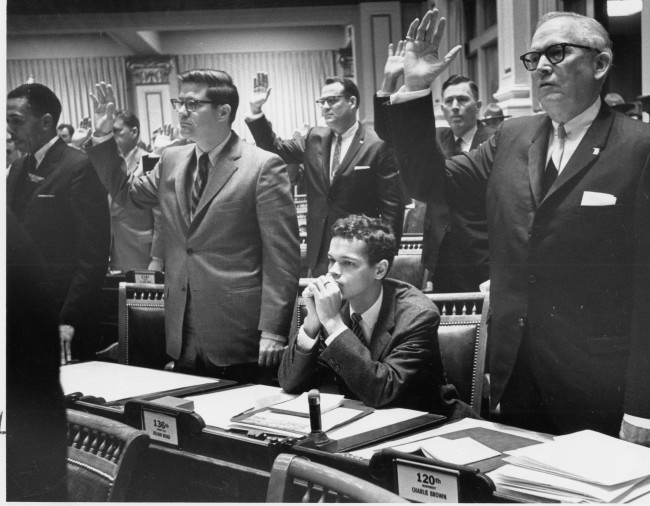 He was then re-elected a third time. But not until the U.S. Supreme Court ruled unanimously in his favor was the legislature forced to relent.

While he was expelled, Bond wrote Vietnam: An Antiwar Comic Book on the history and economics of the war. 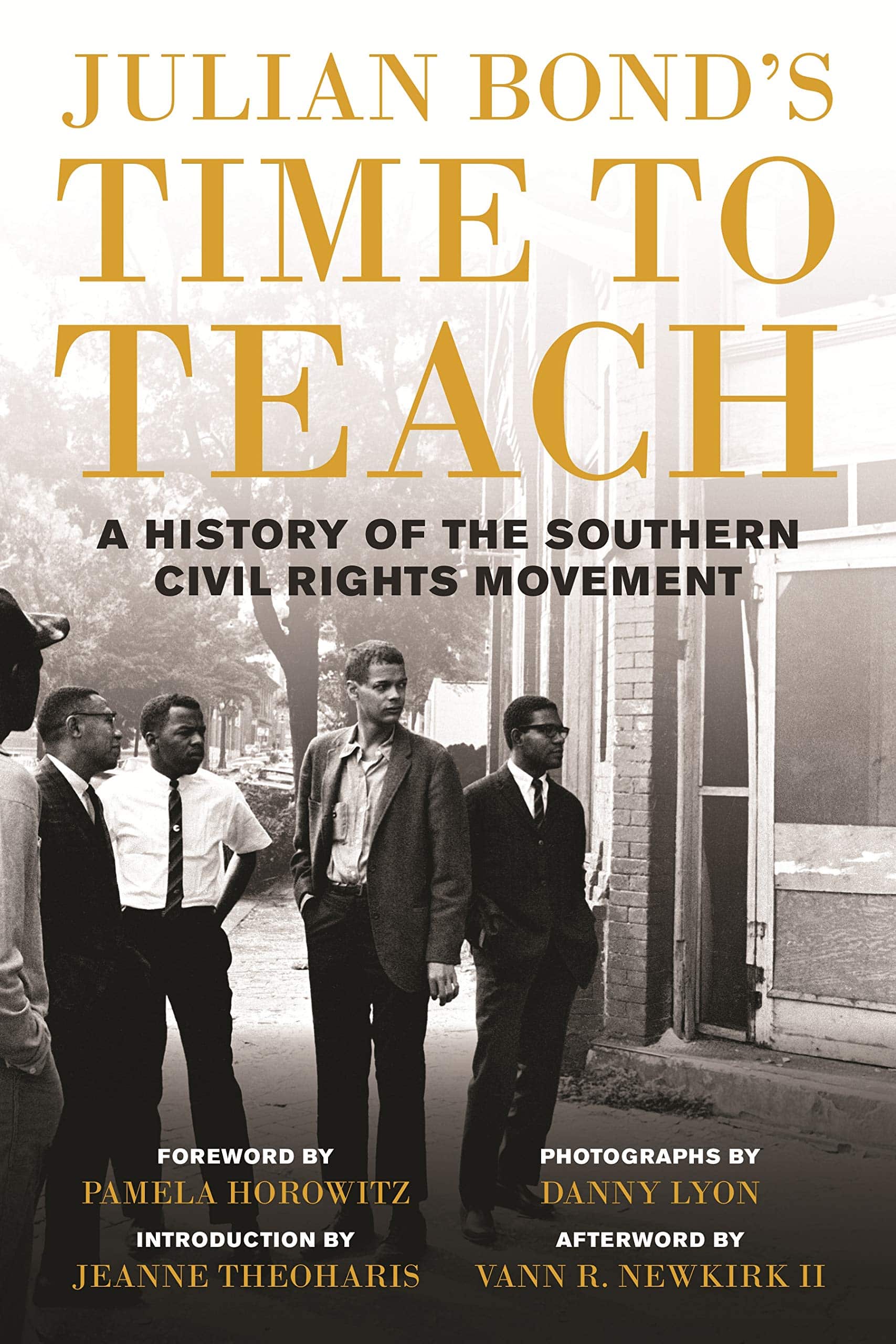 Julian Bond’s Time to Teach: A History of the Southern Civil Rights Movement

Book — Non-fiction. By Julian Bond. Edited by Pam Horowitz and Jeanne Theoharis with an afterword by Vann Newkirk II. 2021. 356 pages.
For over two decades, civil rights activist Julian Bond taught a popular class on the history of the Civil Rights Movement. This book contains the wisdom and teachings from that class.