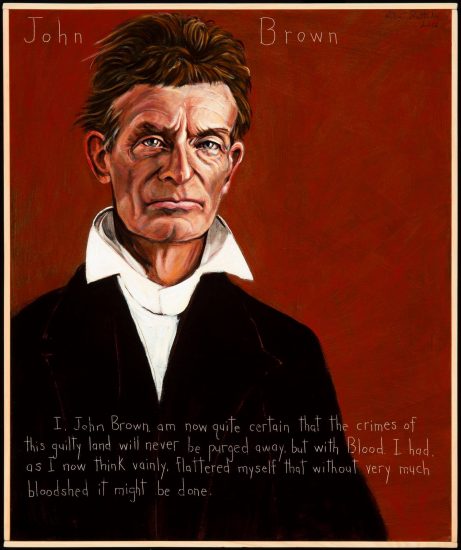 On Dec. 2, 1859, abolitionist John Brown was executed by the state of Virginia for leading the infamous Harpers Ferry Raid. Below are resources for teaching about John Brown, including a reading of his last speech from Voices of a People’s History of the United States.

The quote on the painting reads:

I, John Brown, am now quite certain that the crimes of this guilty land will never be purged away but with Blood. I had, as I now think vainly, flattered myself that without very much bloodshed it might be done.

The stunning portrait of John Brown is a painting (also available as a poster for $20) by Robert Shetterly from Americans Who Tell the Truth.

Two of the other raiders, John Copeland and Shields Green, were executed on Dec. 16, 1859. 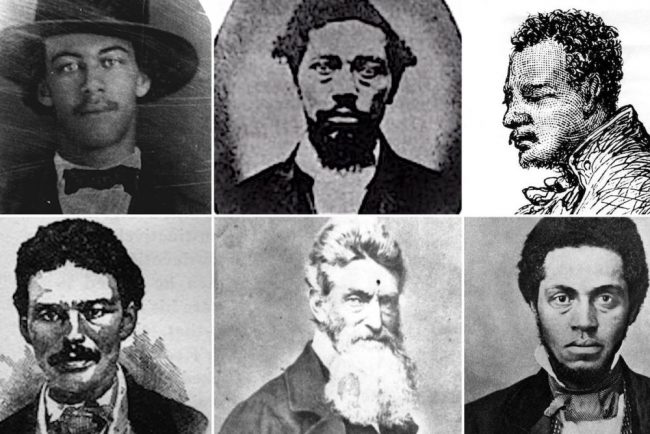 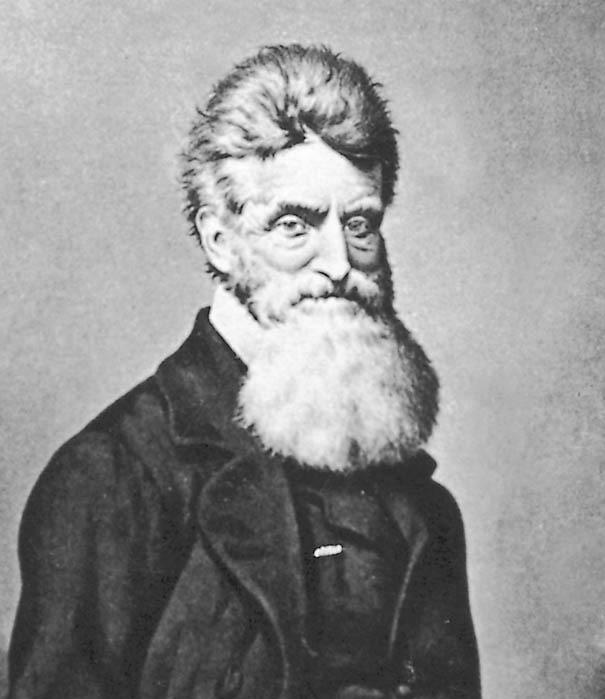 May 8, 1858: John Brown and Constitutional Convention

John Brown, Martin Delany, and others gathered for a Constitutional Convention in Chatham, Canada.