The paradox of education is precisely this — that as one begins to become conscious one begins to examine the society in which he is being educated. — James Baldwin, A Talk to Teachers 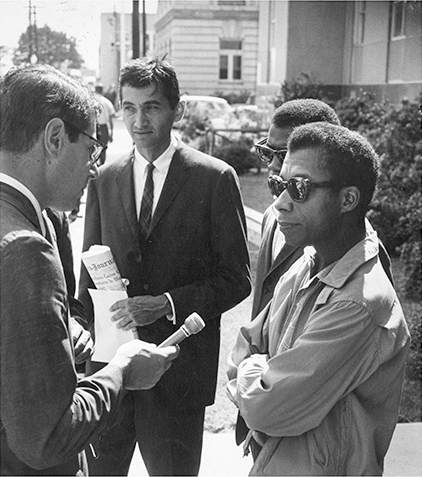 Novelist, essayist, playwright, poet, and social critic James Baldwin was born on Aug. 2, 1924, in Harlem, New York. The photo above is from Selma’s Freedom Day, held soon after 32 African American school teachers had been fired because they attempted to register to vote, and a few weeks after the 16th Street Baptist Church bombing in nearby Birmingham. Read a description by Howard Zinn of Freedom Day in Selma.

We suggest taking the time to read (or re-read) Baldwin’s:

“A Talk to Teachers“

“A Letter to My Nephew“

“A Report from Occupied Territory” (about police brutality)

The prose below is from the 2016 film based on Baldwin’s work by Raoul Peck, I Am Not Your Negro. 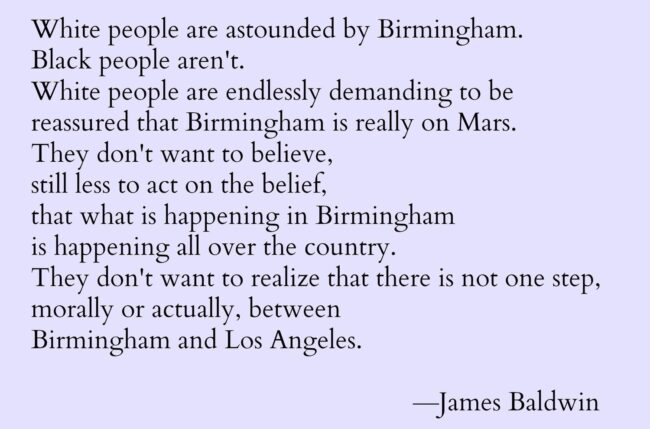 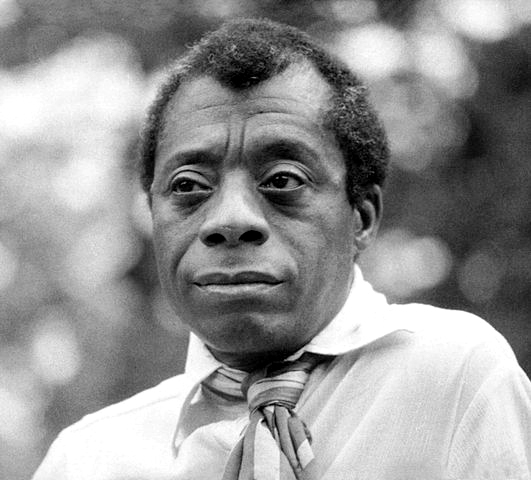 A Talk to Teachers

Article. By James Baldwin. October 16, 1963.
Baldwin addresses the challenges of education to prepare children to grapple with the myths and realities of U.S. history. 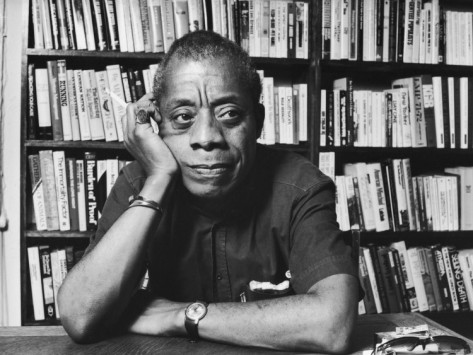 Article. By Howard Zinn. Excerpt from Chapter 5 of You Can't Be Neutral on a Moving Train.
Howard Zinn’s first-hand account of Selma’s Freedom Day in 1963.