Only July 4, 1965, 40 gay and lesbian activists held the first Annual Reminder demonstration in Philadelphia, Pennsylvania, symbolically held in front of Independence Hall, meant to draw attention to the civil rights still due to the LGBT community. 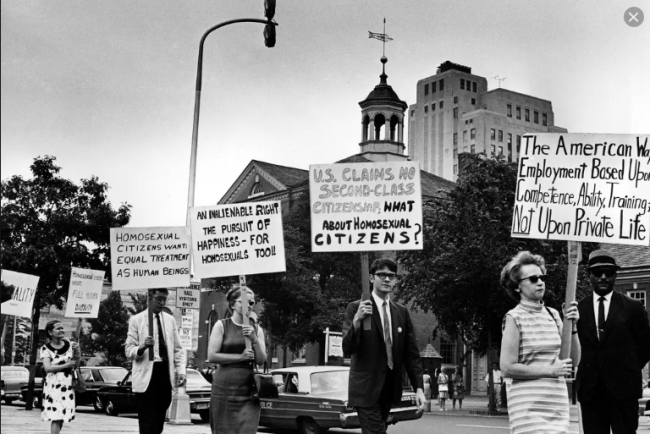 Frank Kameny and Barbara Gittings were the principal organizers of this event, one of the many pre-cursors to the Stonewall Rebellion of 1969 that ignited the LGBT movement on a national level. Read more at LGBT50.org