Arkansas lawmakers are considering a bill to ban books in public schools that were written by historian Howard Zinn.

The best-selling author is known for "A People's History of the United States," which was first published in 1980. Zinn's critics call him a radical liberal. 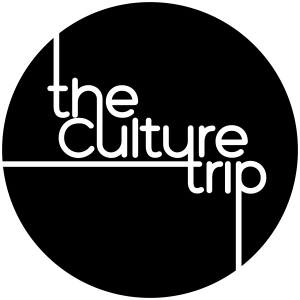 Culture Up
A member of Arkansas’s House of Representatives wants Howard Zinn’s A People History of the United States removed from the shelves of public and charter schools. According to the Independent, more than 250 Arkansas teachers have signed up for the Zinn Education Project—an initiative to have Zinn’s work taught in primary and secondary schools—to take advantage of the history lessons it offers. The Project has also pledged to send a free copy of A People’s History to anyone who requests one and has tweeted a photo of high school students from Batesville, the county seat for Hendren’s district, protesting his bill.
Continue reading

BU Alumni Help Send Howard Zinn’s Book to Arkansas, Where It Could Be Banned

Boston Magazine
Just days after an Arkansas lawmaker filed a bill that would ban books written by Boston University professor Howard Zinn from the state’s public schools, BU alumni have opened their wallets to help send the late historian’s 1980 best-seller, A People’s History of the United States, to interested teachers there. The Zinn Education Project, founded by a former BU student to promote the teaching of Zinn’s work, has received an outpouring of donations from BU alumni to help send A People’s History to Arkansas.
Continue reading

Arkansas wants to ban all classroom mentions of Howard Zinn (teachers, get your free books!)

Boing Boing
The Arkansas legislature is considering a bill that would prohibit "any books or other material authored by or concerning Howard Zinn" in its schools, on the grounds that Howard Zinn says means things about America, like, "It has the kinds of censoring, undemocratic state governments that ban all books by and discussions of critics of America and its actions." The nonprofit Zinn Education Project is offering free copies of A People's History, along with classroom materials, to all Arkansas teachers.
Continue reading

KARE 11
LITTLE ROCK, Ark. (KTHV) - A bill introduced to the General Assembly on Thursday, March 2 would ban public schools in Arkansas from using books from best-selling author and historian Howard Zinn. House Bill 1834, introduced by Representative Kim Hendren(R-Gravette), would ban books by Zinn from the years 1959 until 2000 for being used in public schools or an open-enrollment public charter school. In 1980, Zinn released "A People's History of the United States," which looks at the history of America through the point of view of "women, factory workers, African-Americans, Native Americans, working poor, and immigrant laborers."
Continue reading

Common Dreams
A Republican Arkansas lawmaker has introduced legislation to ban the works of the late historian, activist, and writer Howard Zinn from publicly funded schools. The Zinn Education Project, which aims to "to introduce students to a more accurate, complex, and engaging understanding of United States history than is found in traditional textbooks and curricula," noted Thursday that educators in the state may have a very different take: "To date, there are more than 250 teachers in Arkansas who have signed up to access people's history lessons from the Zinn Education Project website."
Continue reading

Radical Teacher
On March 2, 2017, the Arkansas Times revealed that Republican State Rep. Kim Hendren had introduced a bill intended to outlaw the teaching of “books or any other material authored by or concerning Howard Zinn” in Arkansas public schools. Zinn, a historian who passed away in 2010, is best known for his work, A People’s History of the United States, which tells the American narrative from the perspective of the historically downtrodden, those swept under the rug in the myth of “American exceptionalism.” It is understandable, then, why a politician like Hendren would desire to limit student access to Zinn’s work in Arkansas schools. The historian’s ideas are, after all, intended to challenge precisely the orthodoxies that the Republican Party (in particular) wants to maintain.
Continue reading

Thom Hartmann Program
Deborah Menkart, Teaching For Change/Zinn Education Project & Daniel Ruiz, Capital City Public Charter School, joins Thom Hartmann. On Monday — millions of Americans will stay home from work and school to celebrate how Christopher Columbus committed genocide against the Taino people and launched the Transatlantic slave trade. Unfortunately — many Americans won't know that it's a celebration of genocide — because many Americans still don't realize what actually happened when Columbus quote "discovered” America. Fortunately, there are efforts moving forward across the country to celebrate "Indigenous People’s Day" instead of Columbus Day — with Phoenix, Arizona being the most recent city to recognize Indigenous People's Day.
Continue reading