In November and December 2017, the Zinn Education Project hosted People’s History Trivia Nights in San Francisco and Washington, D.C., raising more than $4,300 for our work in 2018. At both events, everyone thoroughly enjoyed themselves while learning non-trivial people’s history.

The San Francisco event took place during the National Council for the Social Studies (NCSS) conference, on Friday, November 17, at the beautiful Women’s Building. The event brought together Bay Area people’s history teachers, NCSS conference attendees, and other friends of the Zinn Education Project. We were honored to be joined by members of Howard Zinn’s family who played as the team Bread and Roses. The San Francisco Trivia Champion team was #IKneelWithKap. Virginia middle school teacher Levita Mondie, who uses many of the Zinn Education Project lessons in her classroom, served as the MC. The Rainbow Co-op, Buy-Rite Groceries, and 21st Amendment Brewery generously donated food and beverages.

Below are a few of the questions from trivia night. All the questions and answers are drawn from content at the Zinn Education Project website. Answers are below photo albums. 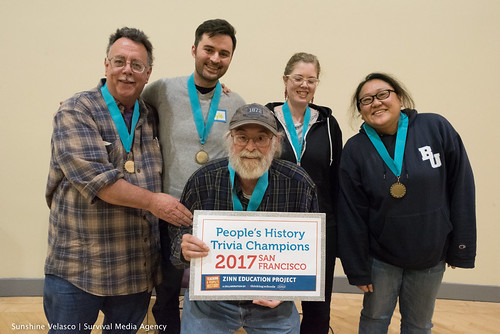 Photos from Washington, D.C. – Hover on image and use arrows to navigate 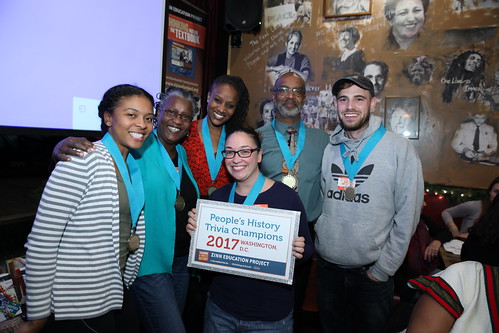 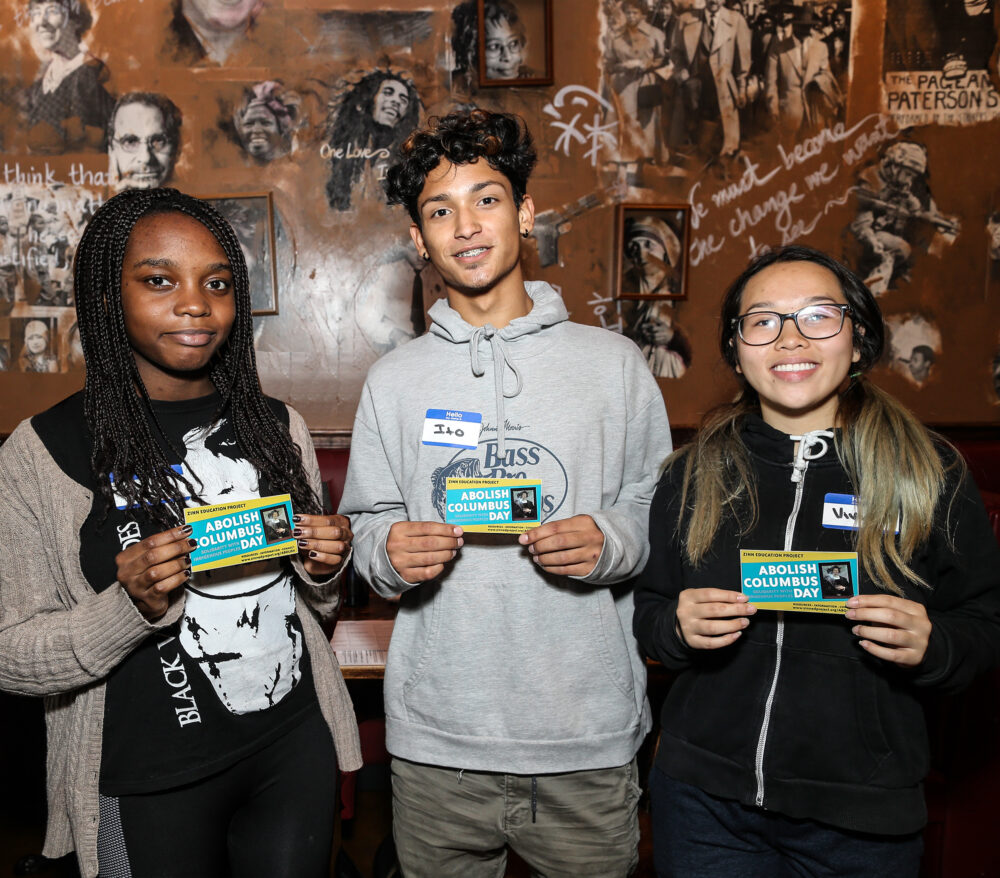 On Monday, The Washington Post columnist Courtland Milloy spoke with students and teachers in D.C. who are studying Native American history with lessons from the Zinn Education Project. 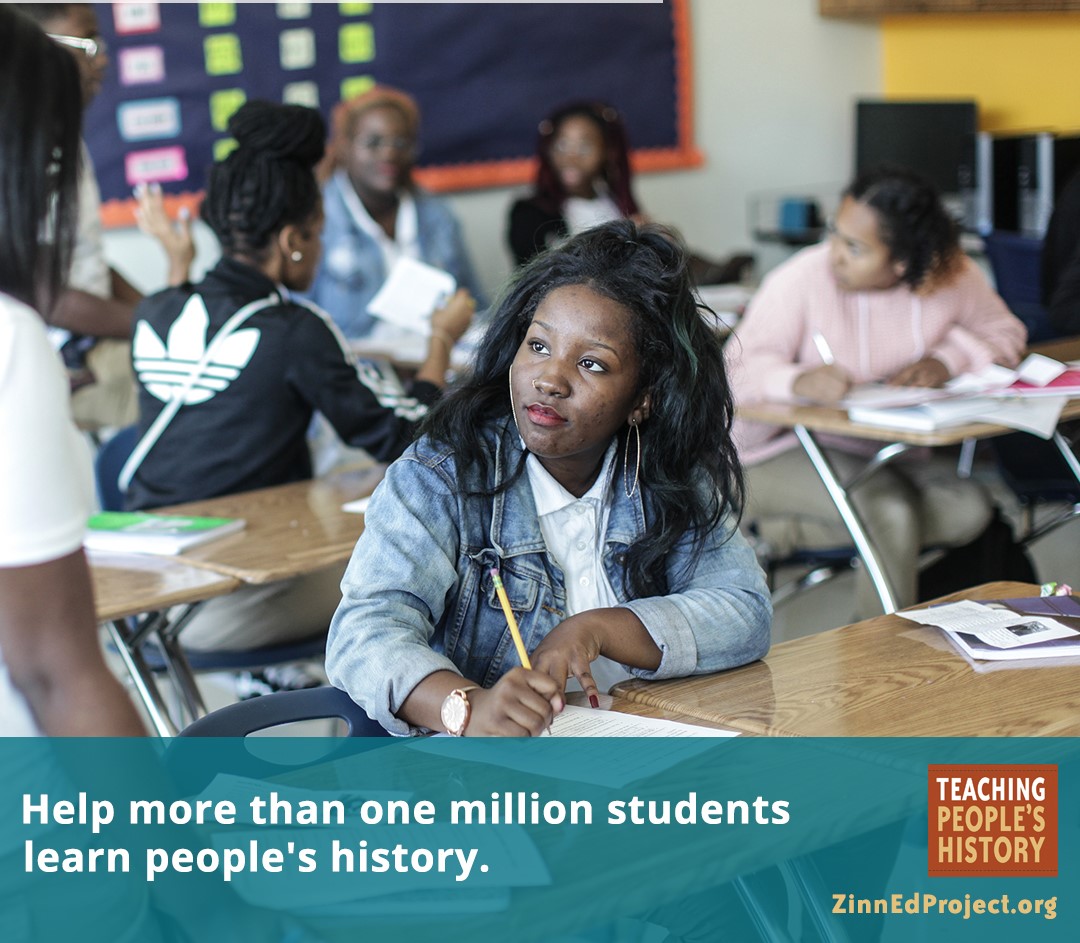 Bring People’s History to Schools in 2018

For almost 10 years, the Zinn Education Project (ZEP) has offered teachers the resources — and encouragement — to “teach outside the textbook.” In these times, our work to equip young people with critical thinking skills has never been more important.

In 2017, we hired our first full-time organizer to offer people’s history workshops for teachers (with a focus on the Reconstruction era) and to write lessons and articles. This fall we offered workshops in five cities to help teachers better use our people's history resources and to knit together face-to-face network of social justice teachers. Now we need your support to continue this work.