Henry Hampton, creator and executive producer of the acclaimed PBS series Eyes on the Prize, and Steve Fayer, series writer, draw upon nearly one thousand interviews with civil rights activists, politicians, reporters, Justice Department officials, and hundreds of ordinary people who took part in the struggle, weaving a fascinating narrative of the civil rights movement told by the people who lived it.

Preface: Toward a More Perfect Union

Epilogue: From Miami to America’s Future

Through the words of the victims, the villains, and the victorious, who together changed the course of America’s sadly racist history. Voices of Freedom gives us the opportunity to glimpse the shining spirits of our heroic people, black and white, female and male, often through chuckles and often through tears. — Alice Walker, author of The Color Purple

Teaching Activity. By Bill Bigelow. Rethinking Schools. A companion lesson to the Eyes on the Prize segment on school integration. 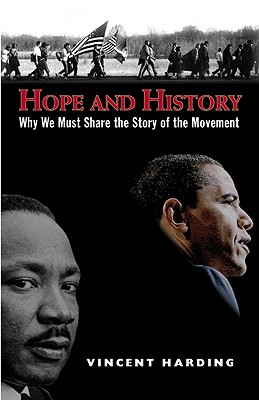 Book - Non-fiction. By Vincent Harding. 2010 (2nd edition). A call to educators, clergy, and community activists to remember and keep alive the story of the Black-led freedom movement.

Book – Non-fiction. By Jeanne Theoharis. 2018. 282 pages. A non-academic, popular historiography that challenges educators to revamp curriculum to include a fuller, more critical history of the Civil Rights era.