Every now and then an article comes along that takes such a novel approach to an issue, I feel like I’’m seeing something with new eyes. Such was the case when I read Bill McKibben’s 2012 Rolling Stone article, “Global Warming’s Terrifying New Math.” It made me see our climate predicament with such clarity that I knew immediately I had to figure out how to turn this article into a curriculum.

The “terrifying new math” is pretty simple. McKibben, the founder of 350.org and the world’s most prominent climate campaigner, proposes that there are just three numbers that we need to pay attention to in order to reach some radical conclusions about the future of fossil fuels.

The simplicity of McKibben’s “three scary numbers” helps put into perspective some of the “softer” responses to global warming. So many environmentalists — and students — want to “be positive” and concentrate on alternatives: everything from buying locally to stepped-up recy-cling, planting more trees, and developing greener sources of energy. No doubt, it’s crucial to imag-ine and work for alternatives. But for any of this to make a difference, we need to recognize fossil fuels — and those who exploit them — as imme-diate and staggering threats to life on Earth. One clear implication is that we can-not nice our way out of this.

We have to educate and enlist our students in imagining a very different future in terms of energy use and fighting to make that happen. Yes, a full curricular treat-ment of climate chaos needs to do more than merely frighten students with scary numbers. But these numbers of McKibben’s invest our thinking about the climate with a two-plus-two-equals-four certainty. It’s not probable that the route we’re on leads to catastrophe — it’s for sure.

This lesson was originally published by Rethinking Schools and is included the teaching guide, A People’s Curriculum for the Earth. 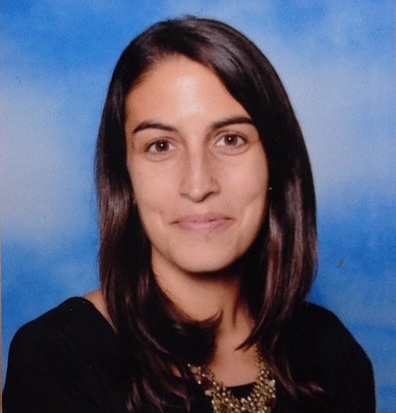 During the Mystery of the Three Scary Numbers: A Climate Change Teaching Activity, my students were uncomfortable, but determined to figure out what these three numbers of climate change meant.

As they worked collaboratively, I watched lightbulbs turn on in their minds when they put all the evidence together. When I asked my class for their thoughts, one student simply said, “I’m angry.” 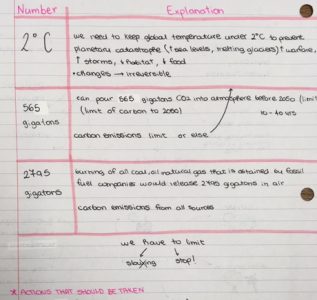 Notes by Giulia Grandi, a student in Kassam-Clay’s class.

The class discussion quickly became a brainstorm for what actions they can take to make a change. They are realistic, taking personal responsibility, in the face of these stark numbers.

Thank you, to the Zinn Education Project, for putting climate change into perspective in my classroom. 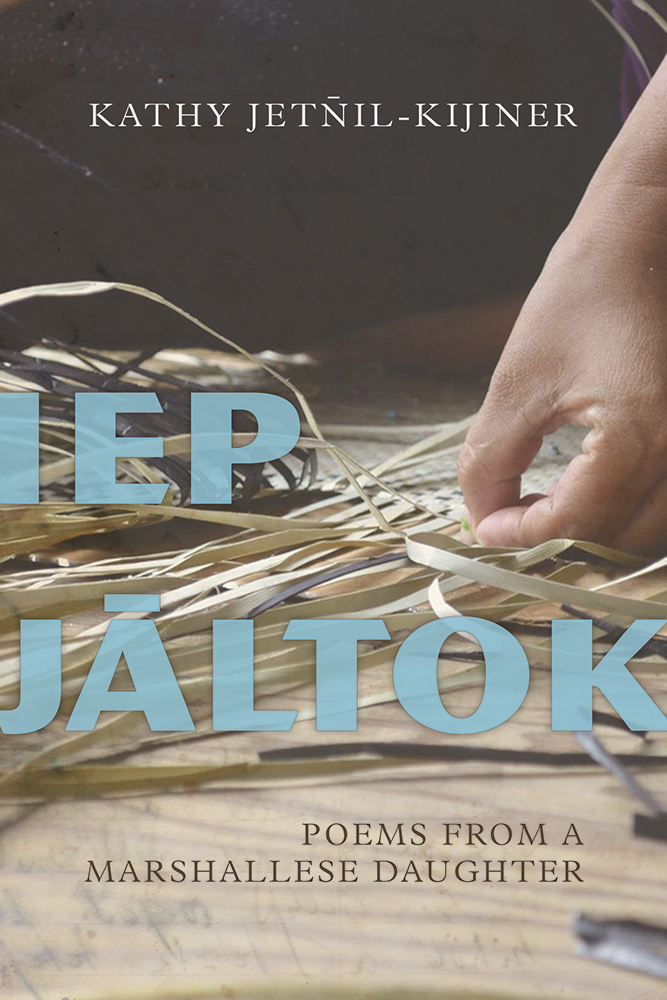