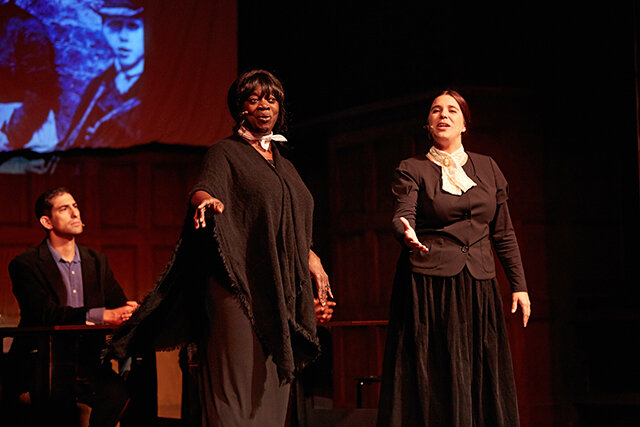 The musical The Moment Was Now is set in Reconstruction era Baltimore. The story reveals the search for unity among the dynamic leaders of powerful social movements of the time with a focus on the rights people recently freed from slavery, women’s right to vote, and labor rights. The conflicts and possibilities unfold in music and spoken word at a meeting convened by Frederick Douglass.

The musical addresses the same themes, and includes five of the key leaders, as the Zinn Education Project lesson When the Impossible Suddenly Became Possible: A Reconstruction Mixer. 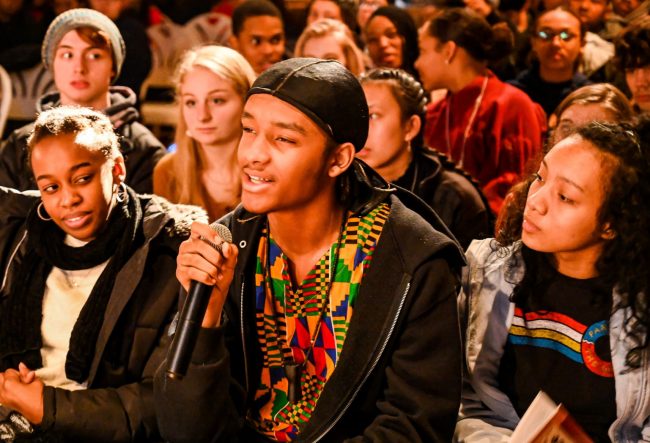 Students from the Baltimore School for the Arts enjoyed the play and dialogue with the actors. Photo by Patrick Applegate

The Moment Was Now musical was performed in Baltimore in 2019 and early 2020 for enthusiatic audiences of labor union members, community activists, and high school students.

The Moment Was Now features the following 19th century leaders:

Frederick Douglass escaped slavery in 1838 as a ship caulker in Baltimore and became one the most prominent leaders of the abolition movement, for women’s rights, and for social justice for all.

Isaac Myers was a caulker in the same ship yard that Frederick Douglass worked, and after the Civil War organized Black workers into unions in Baltimore and across the country, forming what was called the (Colored) National Labor Union, with Douglass’ assistance.

William Sylvis was a white iron worker and president of the National Labor Union (NLU), founded in Baltimore in 1866. By 1869 it the NLU had more than 300,000 workers, overwhelmingly white males.

Francis Harper, was an African American teacher, abolitionist, feminist, and poet was born and raised in Baltimore in 1825. She taught in the South during Reconstruction.

Susan B. Anthony was a white abolitionist, suffragette, and an organizer of women workers. She gave her final speech in 1906 in Baltimore.

Learn more from a full, annotated list of scenes.

See the trailer and a selected scene below. Use this request form to write to the playwright/producer (Gene Bruskin) to request streaming access for your students.

Issac Myers (performed  by Darryl! LC Moch), an African American Baltimore boat builder asks white labor leader William Sylvis if his “We” includes me in this song from “The Moment Was Now.”

Find more resources to teach about Reconstruction in the Zinn Education Project campaign to Teach Reconstruction. The resources include recommended lessons, films, books, websites, digital archives, and a student project. 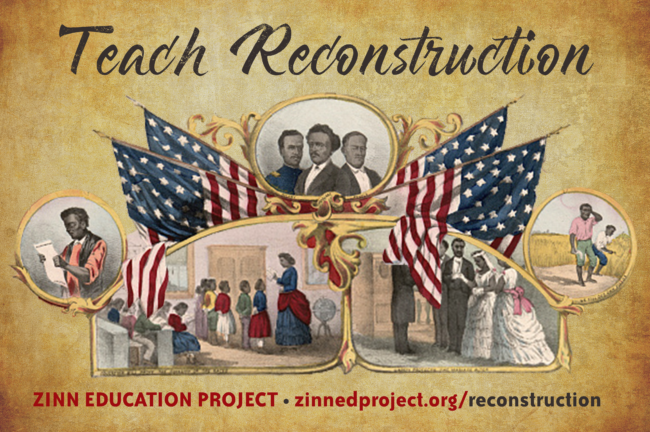