For years, history teachers who wanted to expose students to the vitality, determination, and courage of the anti-Vietnam War movement were hard-pressed. The War at Home described events in Madison, Wisconsin; Berkeley in the Sixties looked at a broad array of activism in the Bay Area; Hearts and Minds offered bits of anti-war activities in its provocative depiction of the war; and some teachers used Oliver Stone’s film version of the Ron Kovics autobiography, Born on the Fourth of July. However, the new DVD Sir! No, Sir!, is the most effective resource in showing the leadership role that defiant soldiers and veterans played in the anti-war movement.

This is a remarkable film that we highly recommend. Even though its focus is soldiers who resisted the war and not the entire anti-war movement, it captures the ethos of the movement. Sir! No Sir! is especially timely as increasing numbers of U.S. soldiers criticize and resist the war in Iraq. [Rethinking Schools]

In the 1960’s an anti-war movement emerged that altered the course of history. This movement didn’t take place on college campuses, but in barracks and on aircraft carriers. It flourished in army stockades, navy brigs and in the dingy towns that surround military bases. It penetrated elite military colleges like West Point. And it spread throughout the battlefields of Vietnam. It was a movement no one expected, least of all those in it. Hundreds went to prison and thousands into exile. And by 1971 it had, in the words of one colonel, infested the entire armed services. Yet today few people know about the GI movement against the war in Vietnam.

On June 30, 1966, the Fort Hood 3 denounced the war as “immoral, illegal and unjust.” Click on picture to read the full brochure. Read lyrics to the ballad by Pete Seeger.

The Vietnam War has been the subject of hundreds of films, both fiction and non-fiction, but this story-the story of the rebellion of thousands of American soldiers against the war-has never been told in film. This is certainly not for lack of evidence. By the Pentagon’s own figures, 503,926 “incidents of desertion” occurred between 1966 and 1971; officers were being “fragged” (killed with fragmentation grenades by their own troops) at an alarming rate; and by 1971 entire units were refusing to go into battle in unprecedented numbers. In the course of a few short years, over 200 underground newspapers were published by soldiers around the world; local and national antiwar GI organizations were joined by thousands; thousands more demonstrated against the war at every major base in the world in 1970 and 1971, including in Vietnam itself; stockades and federal prisons were filling up with soldiers jailed for their opposition to the war and the military.

Yet today, with hundreds of thousands of American GIs once again occupying countries on the other side of the world, these history-changing events have been erased from America’s public memory.

Sir! No Sir! aims to change all that. The film does four things: 1) Brings to life the history of the GI movement through the stories of those who were part of it; 2) Reveals the explosion of defiance that the movement gave birth to with never-before-seen archival material; 3) Explores the profound impact that movement had on the military and the war itself; and 4) Tells the story of how and why the GI Movement has been replaced with the myth of the spat-upon veteran. [Producer’s description.]

This film is currently available to watch on Netflix. 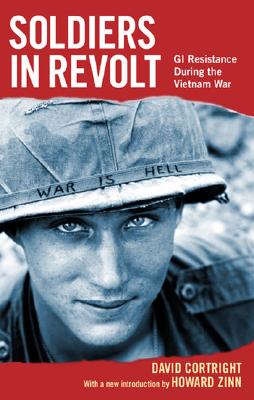 Soldiers in Revolt: GI Resistance During the Vietnam War 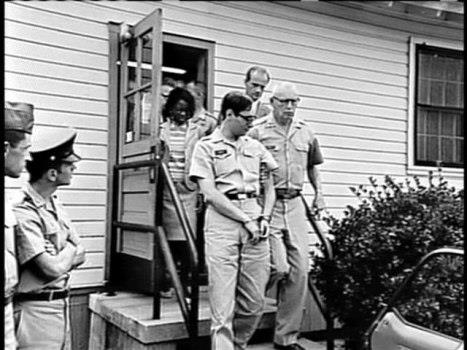 When the “Fort Hood 43” refused to board a plane to Chicago for riot-control duty against fellow African Americans, their non-violent act became one of the largest demonstrations of dissent in U.S. military history.