The Line Between Us: Teaching About the Border and Mexican Immigration (Rethinking Schools) explores the history of U.S.-Mexican relations and the roots of Mexican immigration, all in the context of the global economy. And it shows how teachers can help students understand the immigrant experience and the drama of border life.

Here is an excerpt from the introduction:

Thus, the book features lessons and readings on the history of the border itself — the product of a war pursued by a slave-owning president, James K. Polk, who misrepresented intelligence, lied about his intentions, and provoked and invaded a sovereign country. The line between Mexico and the United States appears a bit less sacred when looked at in its historical context.

As lessons on the North American Free Trade Agreement (NAFTA) reveal, the line between us has become less of a barrier to investment and trade. But the huge number of migrants seeking to cross the border is inexplicable without analyzing the impact of this so-called free trade. “The NAFTA Role Play” activities in the book aim to lay the groundwork for students to connect these phenomena. The link between trade and immigration may be news to some in the United States, but not to observers in Mexico. Three years before NAFTA took effect, José Luis Calva of the National University of Mexico, predicted, “If the governments and legislatures of the three countries [Mexico, the United States, and Canada] agree to liberalize trade in agricultural goods, U.S. citizens should be prepared to receive some 15 million Mexican migrants. The Border Patrol will be unable to detain them, and even a new iron curtain, rising on the border at a moment when the Cold War has given way to economic warfare among nations, will buckle under the weight of millions of Mexicans thrown off their lands by free trade.” Prescient remarks. Students need to explore these kinds of connections.

“Reading Chilpancingo,” “The Transnational Capital Auction,” and “Border Improvisations” encourage students to consider how intimate details of people’s lives are framed by the imperatives of a global economic system. The jobs that people have or don’t have in maquiladora zones along the U.S.–Mexico border, the wages they receive or, for that matter, the quality of the air they breathe and the water they drink, are connected to investment decisions in a global game of profit maximization.

This is the kind of historical and contextual inquiry that students need to engage in if they are to avoid the immigrant scapegoating that distorts so much thinking these days. It is also the approach that informs the lessons in this book.

The Line Between Us is about more than Mexican immigration and border issues. It’s about imaginative and creative teaching that gets students to care about the world. Using role plays, stories, poetry, improvisations, simulations and video, veteran teacher Bill Bigelow demonstrates how to combine lively teaching with critical analysis.

One of the lessons is tied directly to Chapter 8 of A People’s History of the United States, “We Take Nothing By Conquest, Thank God.”

The Line Between Us is ideal for teachers, adult educators, and community organizers.

This is exactly what we need — teachings on Mexican migration to the U.S., one of the most vital issues we face today. It’s about the momentous clashes of economics, politics, and race. The Line Between Us has the clarity and weight to guide us through these complex and perplexing concerns. —Luis J. Rodríguez, Acclaimed author of Always Running and editor of the online Chicano magazine, Xispas.com

A greatly-needed guide to help break down the growing divisions in this country. As the daughter of a Mexican immigrant, remembering how the next-door neighbor’s Anglo daughter was not allowed to play with me, I can only wish young people had been exposed to the thought-provoking information and ideas contained in The Line Between Us. —Elizabeth (Betitta) Martínez, Chicana activist, educator, and author of 500 Años del Pueblo Chicano/500 Years of Chicano History in Pictures

At a time when we are increasingly separated by perceptions of ‘us and ‘them,’ The Line Between Us helps us understand the global ‘us.’ The book invites students to connect the dots between social, environmental, and political issues, and discover our common ground across borders. Equally important, it goes beyond exposing tragedy and suffering, and encourages students to discover hope and courage in stories of resistance. —Medea Benjamin, Co-founder, Global Exchange and Code Pink 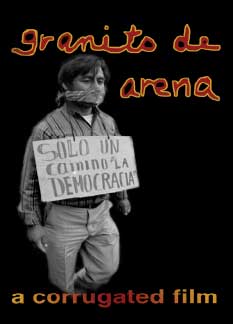 One comment on “The Line Between Us: Teaching About the Border and Mexican Immigration”