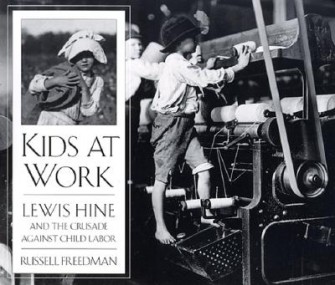 During the early years of the twentieth century photographer Lewis Hine traveled the country documenting the child in the workplace through photographs and vivid written descriptions.

Hine served as an investigator for the National Child Labor Committee, established to “combat the danger in which childhood is placed by greed and rapacity.” He used any pretext to gain entrance to a factory often secretly interviewing the children, concealing his note taking by keeping his hands in his pockets. When barred from entrance, Hine waited outside the factory gate taking his pictures as the children left work. His photos were widely distributed, their impact greater than any printed word. The impression they made contributed significantly to the reform of child labor. [Description from: www.eyewitnesstohistory.com]