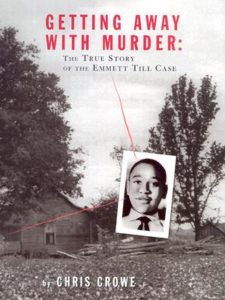 The kidnapping and murder of Emmett Till is famous as a catalyst for the Civil Rights Movement. Emmett Till, a fourteen-year-old Black teenager from Chicago, was visiting family in a small town in Mississippi during the summer of 1955.

Till was lynched for allegedely whistling at a white woman. His brutally beaten body was found floating in the Tallahatchie River. The extreme violence of the crime put a national spotlight on the Jim Crow ways of the South, and many Americans — Black and white — were further outraged at the speedy trial of the white murderers.

Although the two white men were tried and acquitted by an all-white jury, they later bragged publicly about the crime. It was a galvanizing moment for Black leaders and ordinary citizens, including such activists as Rosa Parks. In clear, vivid detail Chris Crowe investigates the before-and-aftermath of the crime, as well as the dramatic court trial, and places it into the context of the nascent Civil Rights Movement. [Publisher’s description.] 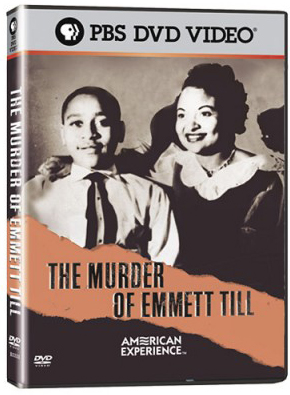 Film. Produced and directed by Stanley Nelson. 2003. 60 minutes.
Documentary on the murder of teenager Emmett Till and the actions of Mamie Till Bradley which helped launch the modern Civil Rights Movement.