Dayshaun is volunteering — reluctantly — with his mother at the local community garden when suddenly he time-travels back to the free Black community of Weeksville in Brooklyn, New York, during the Draft Riots of 1863.

Writing in the style of the popular Magic Tree House series, Zetta Elliott brings young readers a vital yet little known story in U.S. history from an African American perspective.

Dayshaun meets a young girl who explains why the riots began:  “A lot of poor white men got drafted into the Union Army, but rich white men could buy their way out for $300. The poor men felt that was unfair, and so they set fire to the draft office. Then the mob started attacking every Negro in sight.” Another youth adds: “The rioters blame us for the war and they don’t want slavery to end.”

Before Dayshaun returns to the present, he — and young readers — learn a lot more about the Weeksville community and the riots.

For high school students, we recommend Zetta Elliott’s The Door at the Crossroads. 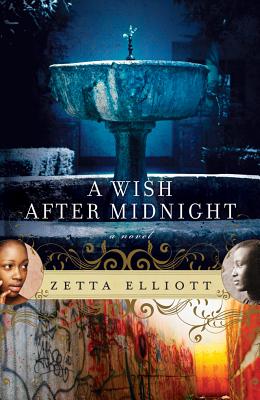 A Wish After Midnight

Book — Fiction. By Zetta Elliott. 2010. 270 pages.
When tough Genna gets transported back in time, she must face the perilous realities of Civil War-era Brooklyn, using all her wits to survive and hold on to her humanity in two different worlds.